Amazon just announced a device called the Amazon Echo.  What exactly is the Echo?  Well, imagine Google Now or Siri combined with a Bluetooth Speaker and you get the idea.  Is it more than that? Yes.  Will it make it easier to spend money on Amazon?  Undoubtedly. Will it give you the creeps? Maybe, but it depends on your view. 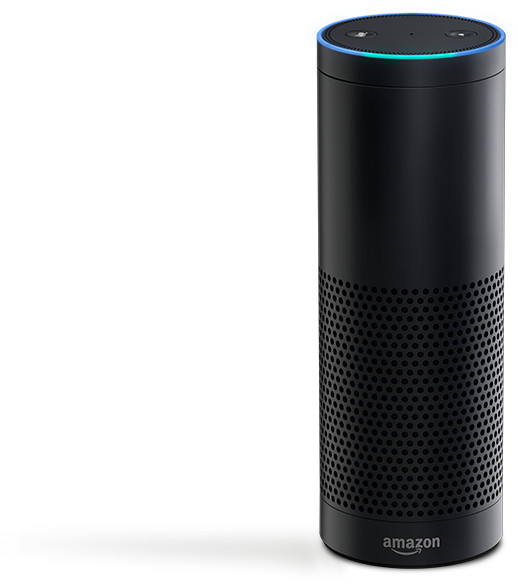 When I was coming of age, one of my most favorite TV shows was Star Trek: The Next Generation.  I’m guessing that almost everyone has seen this show, and they’ve seen Captain Picard asking the computer questions with the voice of the late Majel Barrett-Roddenberry coming back with the answer.  This has been something many of us have been looking for since then.  It was just cool to watch Picard ask the computer questions and get answers in return, and that’s just one of the many things the Amazon Echo does.

After watching the video, I keep thinking that I can do almost all this…with Google Now.  So why would I want to buy this?  The only reason I can think of is the fact that the Amazon Echo doesn’t need to be charged; it’s just designed to be plugged in all of the time.

When can you get this?  Well right now you can ask for an invitation to buy it.  When I did, it told me “Thank you for your request. If selected, you will receive an e-mail with an invitation to purchase in the coming weeks.” So that doesn’t really tell me when you can get one but once you can, if you have Prime, you can buy it for only $99 dollars for a limited time.  If you don’t have Prime it will be $199.

Will the Amazon Echo be revolutionary?  Maybe, but I’ll reserve my judgement for once it’s begun to ship.