Life is stressful enough without worrying about your beloved iPhone running out of juice. I have a friend who gets twitchy whenever his power meter falls below 50%. If he was a better friend, I’d give him my Logitech® protection [+] power case, but I like it so much I’m selfishly keeping it for myself. 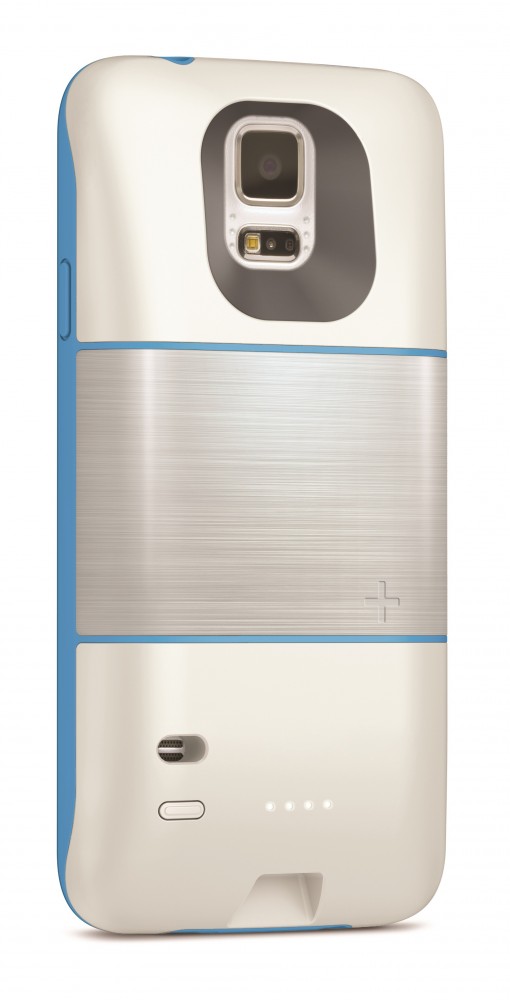 Sometimes it pays to be a late adopter. Like when the opportunity arose to run this charging case through its paces, I was the only member of the Gear Diary team who spoke up and admit to still using an iPhone 5. Since the Logitech® protection [+] power is designed for the iPhone 5 series and the Samsung Galaxy S5, I was the lucky and logical choice.

I was immediately impressed by how sturdy this case is and the protection it offers to my phone. In fact, the case also exceeds the U.S. Military drop-test standard (MIL-STD 810 G) for “rugged” devices, protecting your phone from drops up to 1.2 meters high. So there’s that…

A raised bezel around the front rim of the case protects your screen if the phone is laid face down on a table, another nice details I appreciated. A layer of thermoplastic rubber absorbs shocks and protects the delicate sharp corners of the phone. There is also a hidden metal plate in the case that allows the Logitech® protection [+] to be used with the company’s magnetic [+] trip Universal air vent mount. I did not, however get to check that device out in person, so we’ll take their word for it.

What I did check out was the usefulness of the extended 2300 mAh battery of the Logitech® protection [+]. I recently spent a few days at an event in Las Vegas where I was nowhere near a power outlet for hours at a time. (Well, maybe I was near an outlet, but there was a video poker machine plugged into it.)

The phone slides easily and securely into the power case and is removed by pushing the back of the phone through the camera opening to tip it forward to slide out. The case charges using an included micro USB cable. It’s only been a year since I converted to the Apple Lightning connector, and I was surprised by how inconvenient it is to have to figure out which side is up on the cable connector. I fixed this problem by using a Sharpie to draw a large dot on the top side of the plug, and since I have so many other devices that charge using micro USB, it’s really a little more convenient to have one cable for everything.

What was a little less convenient was the fact that the width of the bottom of the Logitech® protection [+] requires using a short cable extender to plug in a set of headphones. They do include that cable standard with the case, and most of my headphones are Bluetooth now anyway, so it’s a minor quibble. 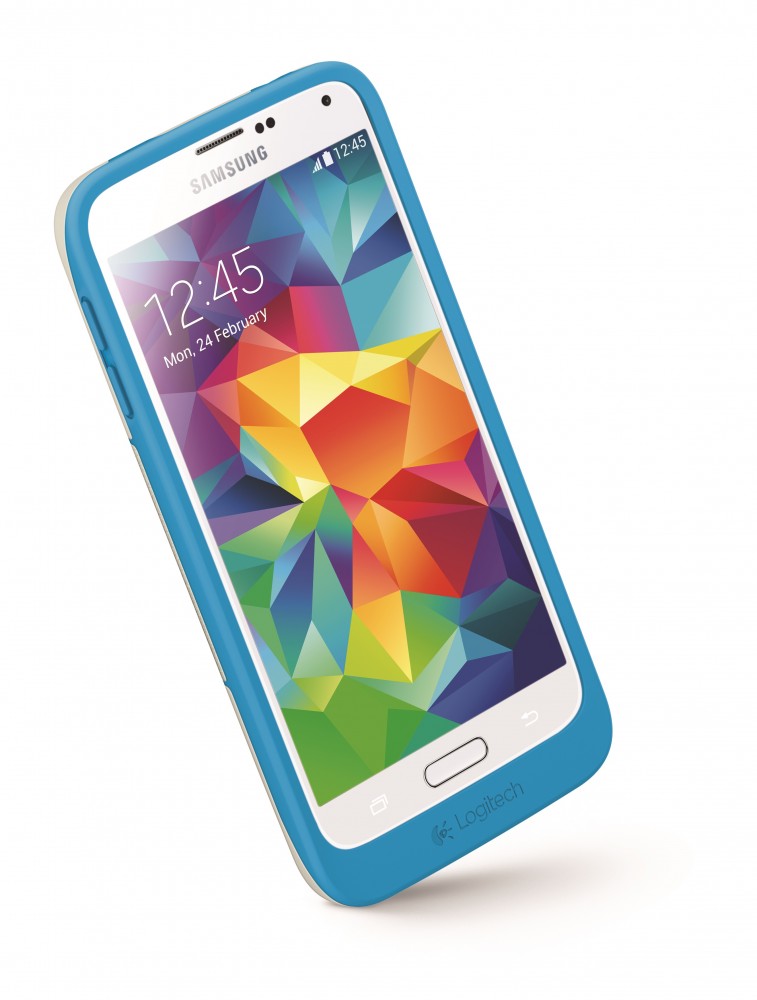 The Power case could not be simpler to use. There is a small button on the back that starts the charging when you depress it. Four LEDs indicate what percentage of charge remains in the Logitech® protection [+]. You can either wait until your iPhone’s internal battery gets low and then start the charge or push the button and let it trickle charge constantly to keep the phone fully charged until the Logitech® protection [+] runs out of juice.

Since there are a finite number of charging cycles in the lifespan of the case, it’s probably better to wait until you need it. I did encounter a few occasions when I would accidentally start the charger while my iPhone was in my pocket, so I probably shortened its life a little bit. (No worries…I’ll get a new phone someday long before the case wears out. Probably a few years after Judie.) Logitech claims that the Logitech® protection [+] will last for at least 500 full charging cycles, so that could last for years.

The power case does heat up a bit when it is charging, but not enough to be at all uncomfortable in your pocket. In fact, that’s how I knew that I’d accidentally turned it on. When the phone is in the case and the charging cable is plugged in, the phone charges first and then the case. That means even if you pop the phone out of the case to travel light, you’ll still have a fully charged phone. You can also charge the case by itself with no phone installed so it’ll be ready to go for your next trip.

Logitech claims that the Logitech® protection [+] extends the battery life of an iPhone 5 series by 50%, and anecdotally I found those results to be on the low side. I feel like I got much more of an extension of useful time when I kept the case on. For Samsungs, the case adds a whopping 80% to the internal battery’s useful charge. It sure is nice to not have to switch back and forth from airplane mode to try to get a full day’s work out of the phone when you know there will be no time to recharge!

Even though all the ports are easily accessible (besides the earphone plug), I’m not sure that everyone would want to use the Logitech® protection [+] as their everyday case because it is a bit heavier and bulkier than a non-charging case. But the footprint of the case is no bigger than the new 6 series iPhones, so I figure it’s just preparing me for the future. And maybe the extra weight will help me bulk up my muscles walking with to and lifting it to my ear. A guy can wish, can’t he?

To sum up, if you still have an iPhone 5 or a Samsung Galaxy S5, the Logitech® protection [+] is an excellent protective case with the added bonus of really adding to the useful battery life of your phone. At an MSRP of $39.99, it is certainly an affordable option. Walking around Vegas, I saw a lot of people sitting on casino and airport floors next to outlets so they could recharge or tethered to large external battery packs. If those folks had a Logitech® protection [+], they could have covered a lot more ground like I did.

The Logitech® protection [+] is available from Logitech’s website or from many online retailers.

What I Liked: Sturdy case that significantly adds to the useful battery life of iPhone 5 or a Samsung Galaxy S5 phones. Easy to use.

What Needs Improvement: Plugging the micro USB charger in can take a little precision that I sometimes don’t possess late at night when I’m ready to recharge. The power case may be heavier and bulkier than some users might prefer.