I ordered the Moto 360 with black metal band two weeks ago when it first went on sale.  FedEx just dropped off the device, and at first I thought there was something wrong. The metal watch band of the Moto 360 was way (way) too small.

I probably could have squeezed my hand through the opening, but the removal process would have taken some skin. Then I noticed the (not immediately obvious) secret to making the metal band fit. 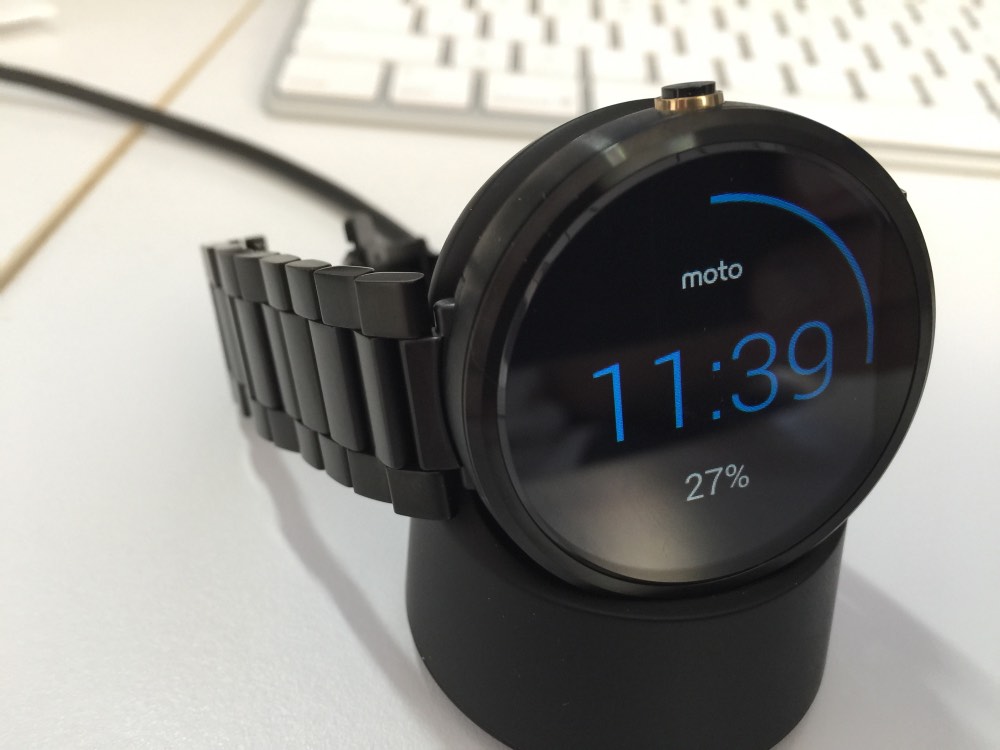 There are two tiny black prongs which jut out a bit from the back of the Moto 360 metal band. Push them once and you release one side of the band. At this point you have the metal band half open, and unless you have very tiny hands you won’t be able to fit the Moto 360 over your wrist. 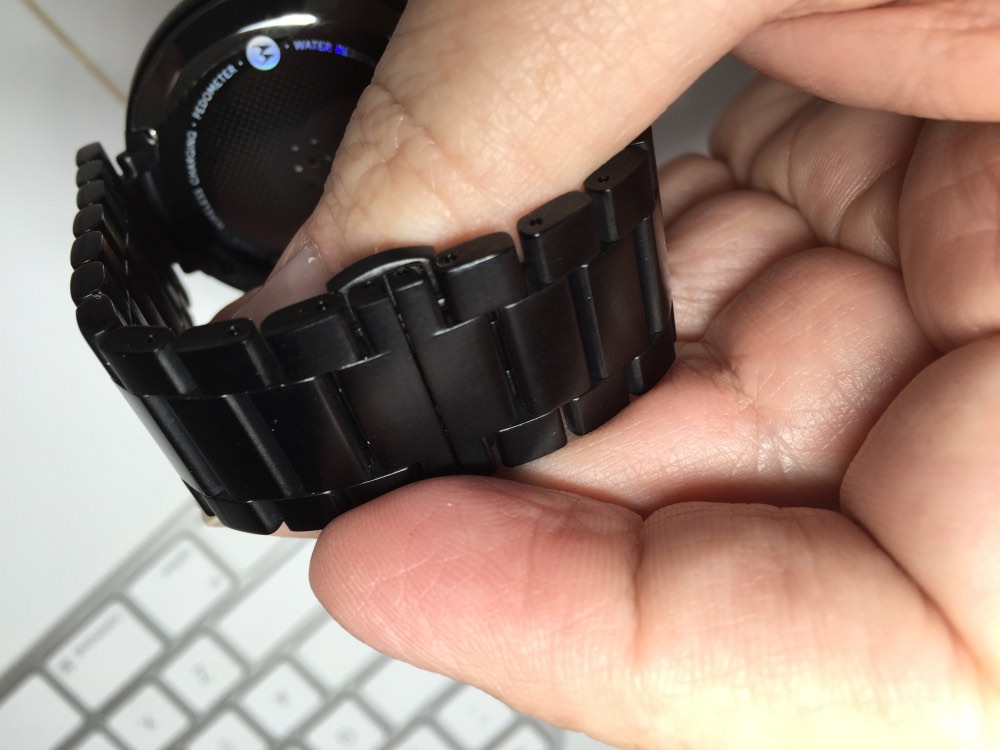 What you want to do is push BOTH the prongs again, and you’ll release the other side of the band.

With both sides of the metal band fully extended, you should be able to fit your hand inside the watch. 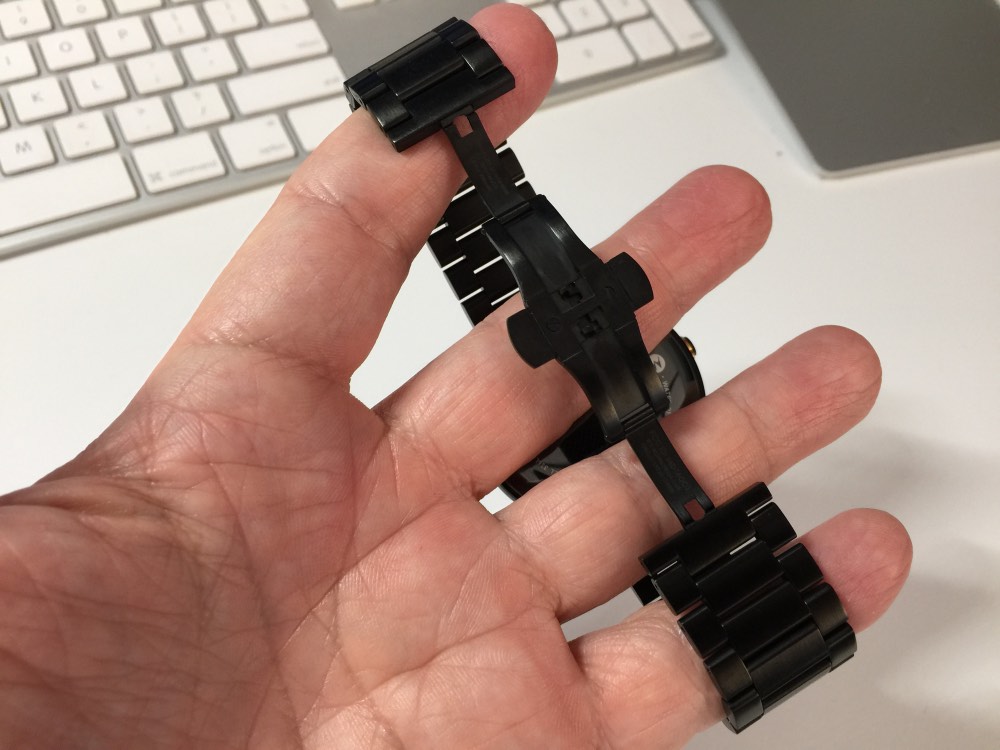 Inside the box your Moto 360 came in will be a set of extra links for the metal band. If you still cannot fit your hand inside the fully opened watch band, then Motorola suggests having a jeweler insert the links to extend the size of the watch.