I truly mourned the space shuttle’s demise.  You see, Challenger, the second space shuttle, first launched on my birthday.  Unfortunately, not long after that launch we lost Challenger. Then many years later we lost Columbia. This week’s launch of the Orion spacecraft signals a return to the capsules of old and in many ways a return to what works. 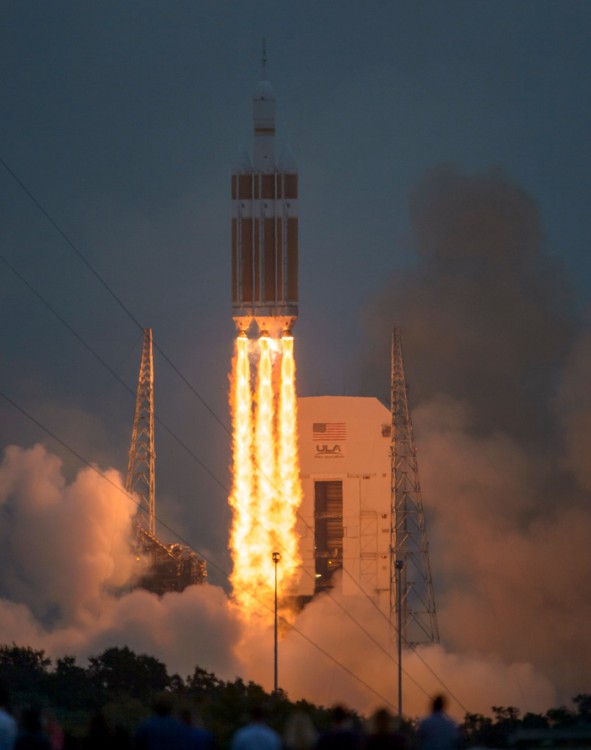 The year was 1983.  I turned 12 the day that Challenger launched.  It was a special day for me, as we finally had more than one space shuttle, and one was launching on my birthday; it was an exciting time to be a fan of space flight. Space shuttle launches were events! The promise of the space shuttle was that it was reusable and would save a lot of money; we were no longer going to throw away the space vehicle, and we’d be able to launch at a faster rate as well.  At least that was the promise. The reality is that the space shuttle was very expensive to keep going. The biggest problem with the shuttle was the thermal protection system. The tiles used on the space shuttle were VERY fragile.  Unfortunately, this was what did Columbia in, when a piece of foam insulation came loose.

It’s hard for me to type this, but NASA made the right call.  The shuttle was expensive, took too long to turn around, and it was a maintenance nightmare. NASA needed a new space craft. So they developed Orion into a capsule that’s very similar to the Apollo spacecraft. Ultimately, Orion is not being designed to be flown like a plane.  It doesn’t need the wings that the shuttle had, because it’s being designed to operate where we want to go. In space. Sometimes we need to take a step back, and that’s ultimately what NASA did when they worked on Orion.

This week’s launch signifies NASA’s desire to return to human spaceflight.  Even though it wasn’t manned, the successful flight shows that NASA can do the job.  Unfortunately for NASA, for the first time in nearly 50 years, there really seems to be a space race, but this time it isn’t coming from the U.S.S.R. but from commercial interests. NASA has contracts with SpaceX’s Dragon capsule and Boeing’s CST-100. While these spacecraft are ultimately aimed at servicing the International Space Station, what is to say that SpaceX, Boeing and others won’t start targeting Orion’s mission? NASA Administrator Charles Bolden says that this is the start of the Mars era.  Will we get to Mars in my lifetime?  Probably not, but I am hoping that it does happen. The Orion Spacecraft was made by Lockheed Martin and launched on a Delta IV Heavy rocket.

it’s an exciting time to be a fan of space flight. While I lament the loss of our Space Shuttle; Orion, Dragon, and the CST-100 are space craft that are truly designed for space exploration. The era of the space truck is over.

What do you think?  Is NASA on the right track?  What are your thoughts on Orion spacecraft’s successful test?  Share below.