IK Multimedia has had a great 2014, starting with the iRig Keys Pro, then the iRig Voice, iRing, iRig Pro and more. Now they are closing out the year by jumping into the pad controller ring with iRig Pads, a fully MIDI compliant controller for iOS and the Mac with multiple connectivity options and controller configurations. 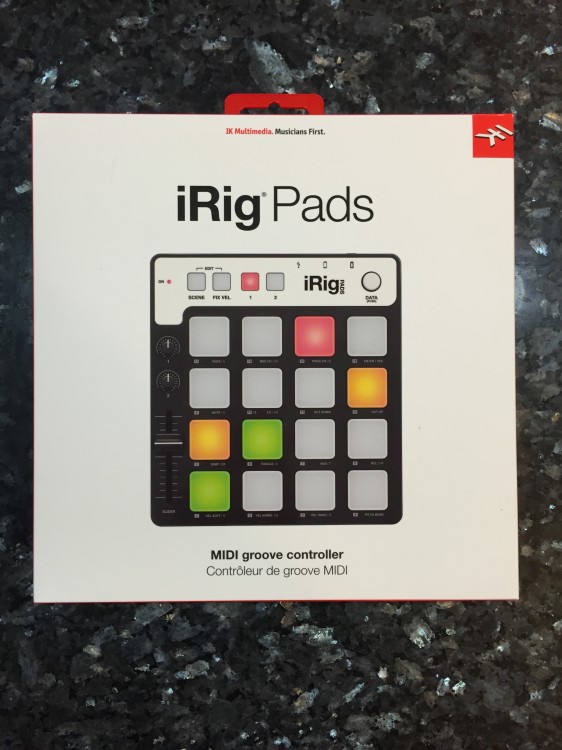 I remember ‘playing drums’ on the Boss DR-550 Dr. Rhythm back in the early 90s (ok, I STILL have it!), triggering sounds with the pads on the front panel. These pads only triggered the sounds on the sound module, but you could also send in MIDI signals to trigger the sounds from your computer or master controller. The Pads on the DR-550 were simple triggers – you got the same sound no matter how you pressed.

We’ve come a very long way – computers and tablets and phones are all so powerful now that we can have massive amounts of polyphony in these devices, leading us quite often to seek out controllers to trigger sounds rather than more expensive self-contained sound modules. The iRig Pads controller is a great example of this trend!

Pad controllers are typically associated with triggering drum sounds, but are also very useful for programming sound effects, loops, and other sounds where you need access to a bunch of non-tonal triggers. 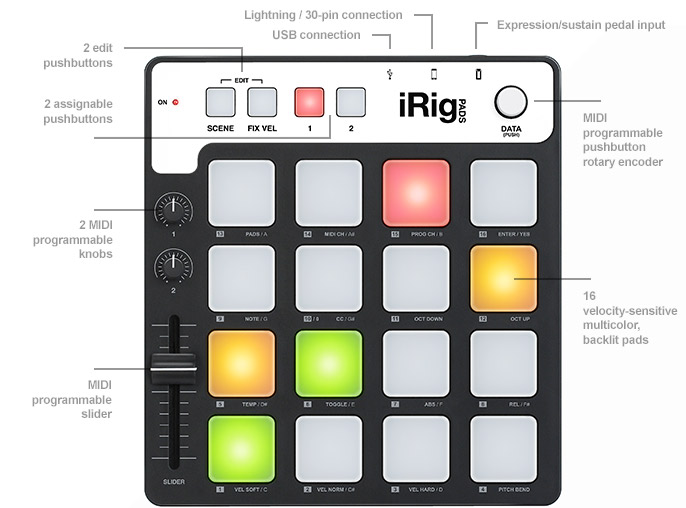 As I started writing this I glossed over a bit on some of the details – multiple inputs and outputs, multi-color pad-LEDs, velocity sensitivity, programmable sliders, knobs and buttons, light and thin design general-MIDI control capability with continuous streaming capability, and on and on.

Then I thought again – WOW … look at all of the capability we get for such an affordable price!

The ability to have a generic pad controller that works with all of my devices is just a blast – as you can see from the video review at the end. These things turn everyone into a frustrated drummer, and the easy customization and way it works together with pretty much every program I tried on the Mac and iPad makes it a very musical experience of just ‘playing around’.

You can assign specific notes or drums to any of the pads – or just leave them at their defaults. You can also program the slider to open and close filters, change the knobs from their default volume and pan to pretty much anything, and make use of the extra buttons along the top.

By offering a variety of colors the iRig Pads makes playing with dynamics more visual and fun – you *want* to work the whole color range, which in turn leads you really play around with the touch sensitivity. This is part of the reason I note the old drum machines – you can hear in some 80s recordings a flat dynamic profile for the drums, whereas with newer controllers you are much more open to a wider set of controls. 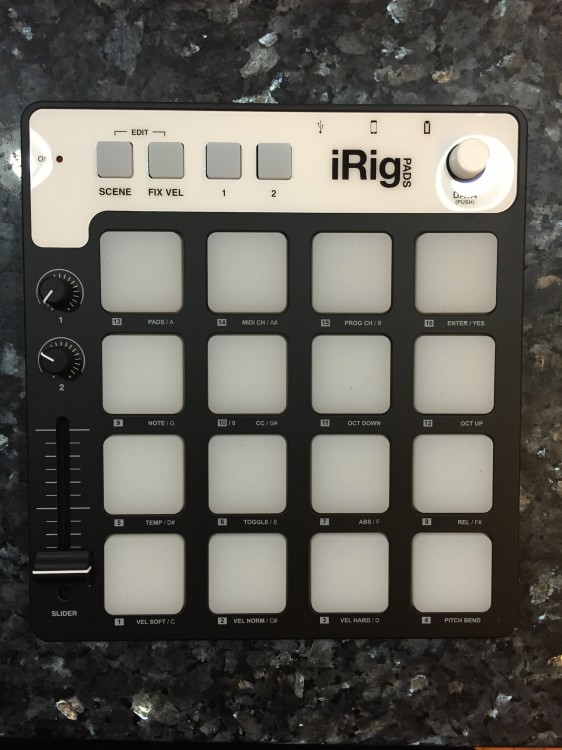 I also cannot overstate the convenience of having a fully compliant MIDI controller – this meant that even while IK Multimedia’s apps were being updated for iOS 8, I could open GarageBand and go ahead and play! Soon enough all of my music apps had been updated and I could choose any beat-making or synth app to use for my sounds.

Finally, one of the biggest concerns with something that is designed to be banged on is quality and reliability. Over the last month or so I have regularly pounded on the iRig Pads, and it still feels brand new. It is small enough to fit along my iPad in a small carry bag, well-built enough to handle a pounding, and versatile enough to meet all of my pad controller needs. 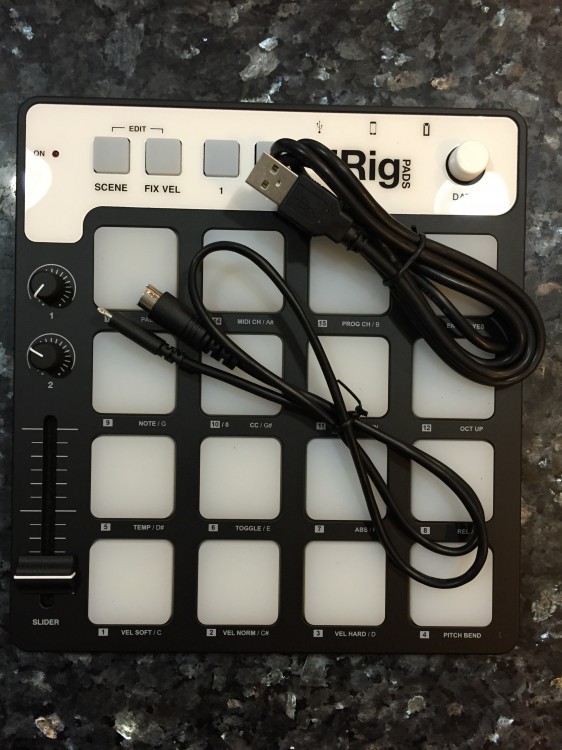 Price: $149.99 from IK Multimedia, also the same price at Amazon.com or Sweetwater Sound.

What I Like: Solid construction; light & portable; works with all iOS and Mac devices; pads and buttons have great feel and are long-lasting.