The North American International Auto Show is not the only big show in January for automakers anymore. Manufacturers and their industry partners are flocking to the Consumer Electronics Show in Las Vegas to announce and demonstrate the latest in vehicular technologies both present and future. CES is no longer just for radios and radar detectors in the mobile environment. 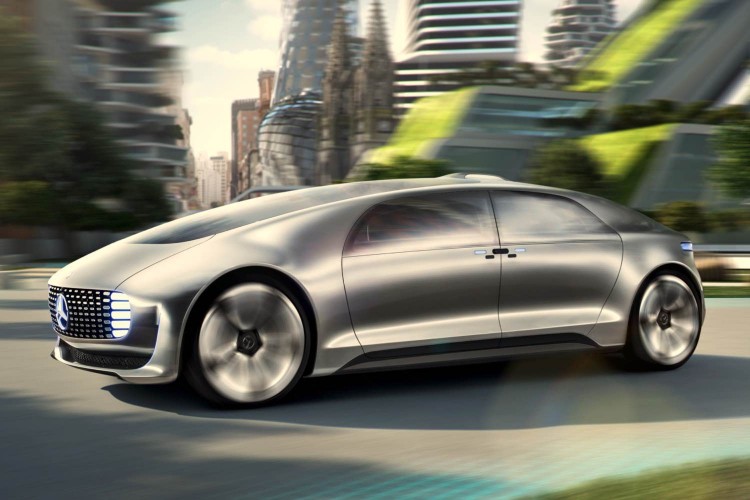 Mercedes-Benz at CES/Images all courtesy Automakers

Ford, GM and Fiat Chrysler Automobiles are all showing updates to their vehicle safety and driver infotainment systems while automakers such as Subaru have announced partnerships for upcoming systems. Some are even showing the future of personalized transportation in the form of vehicles that recognize hand gestures (keep it clean Hyundai and Volkswagen) and a self-driving Mercedes that tranforms the vehicle into a private retreating space. 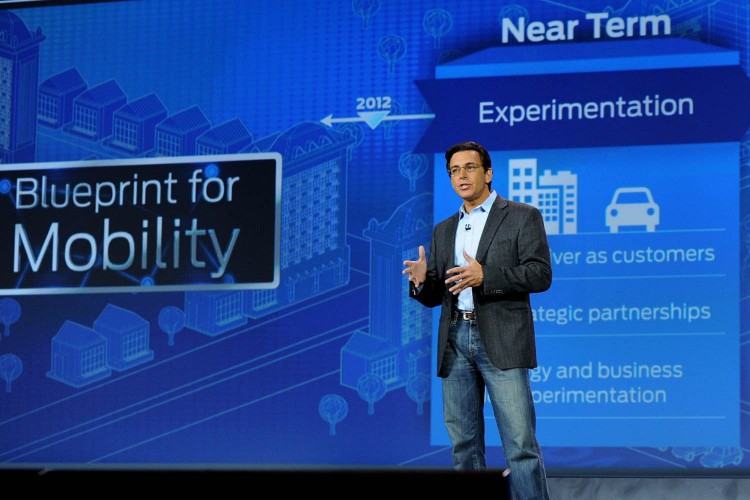 Ford’s CEO Mark Fields delivered a keynote address to CES this week and spoke of Blue Oval’s commitment to the future of mobility not just by creating advanced new vehicles but also to help solve the growing global transportation challenges. Fields said currently there are 25 global expirements Ford is involved in addressing four global megatrends: Explosive population growth, an expanding middle class, air quality and public health concerns and changing customer attitudes and priorities (Generation Z). Ford also showed off its next-generation of its in-car infortainment technology in the form of SYNC 3, touting its faster speed, more intuitive interface and ease of use with enhanced response to driver’s commands. 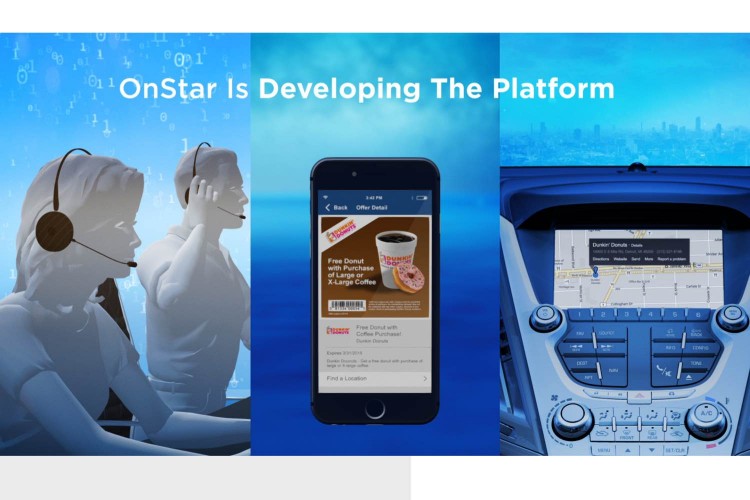 General Motors used CES to highlight its new upgrades to in-car connected services. Expanding on its OnStar 4G LTE connectivity platform, GM announced advanced diagnostic and prognostic services for its clients to monitor vehicle health and predict component status and this service will arrive soon in select 2016 vehicles. Also announced is the new OnStar AtYourService that will provide a more direct engagement between drivers and retailers providing information, convenience and even coupons to specific destinations. Beginning this summer, OnStar will also offer customers feedback on how well they drive along with availability for discounted auto insurance. 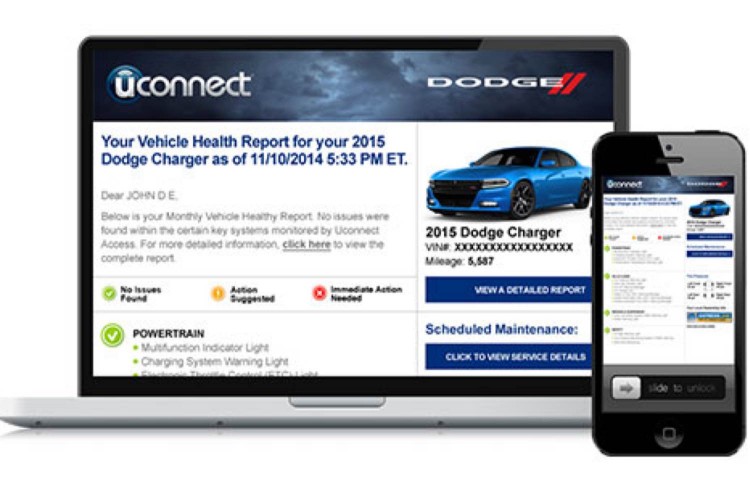 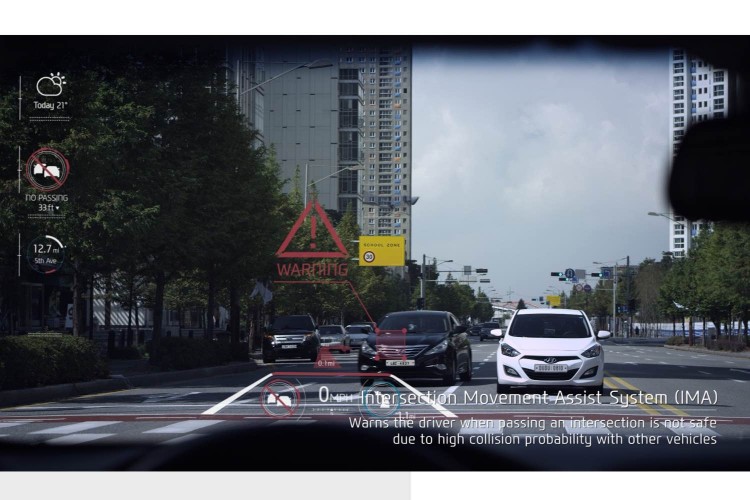 Hyundai brought a collection of technologies highlighting connected cars, voice recognition, hand gesture controls, wearable devices and smartphone apps demonstrating what it is exploring to improve the driving experience. Its Cockpit Concept demonstrates new technologies such as heart rate monitoring, driver alertness, navigation transfer of directions from vehicle to mobile device for walking to a final destination and sharing information between vehicle and devices just to name a few.

The Hyundai Cockpit Concept also showcases new 3D hand gesture recognition to ease driver distraction when attempting to operate key vehicle functions such as audio and climate systems. Hyundai is also showing new technology addressing V2X concerns which translates basically to the vehicle communicating with everything around it including other vehicles, pedestrians, infrastructure, etc. 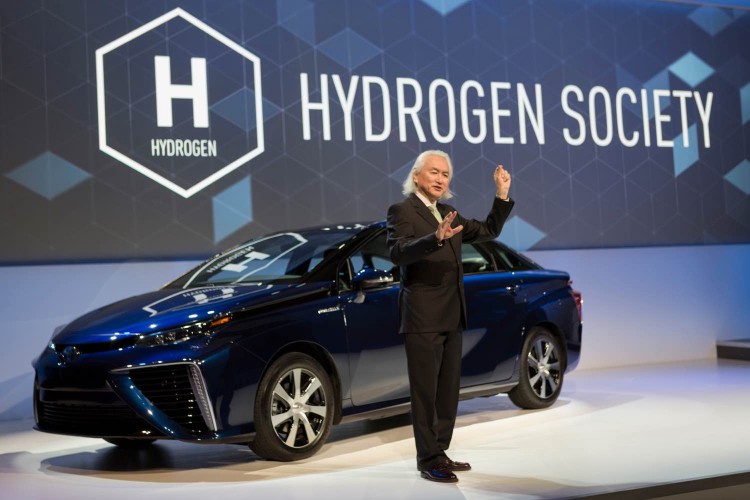 Toyota recently showed its new hydrogen fuel cell vehicle technology in the form of the Mirai production sedan and at CES it announced it would make thousands of its hydrogen fuel cell patents royalty free to the industry in hopes to spur development in this arena. 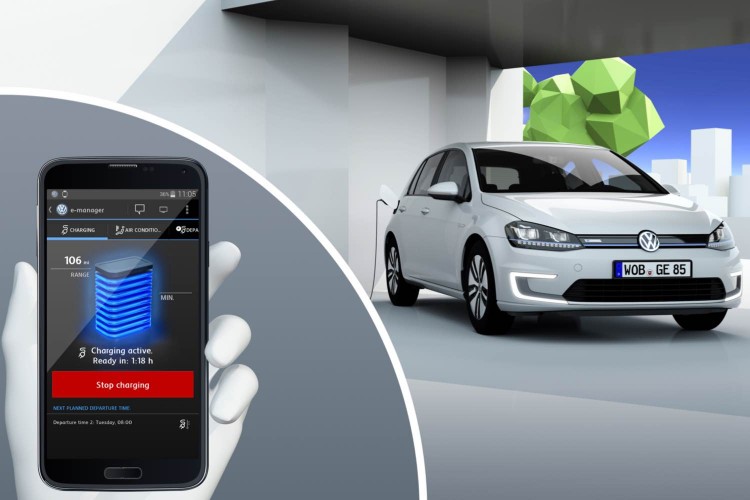 Volkswagen came to Las Vegas with an entire fleet of cars to demonstrate just how much the car and computer are already intertwined and how they will grow together in the future especially in four key areas: Computer-controlled drive systems, app and smartphone integration, intuitive vehicle operation and autonomous and semi-autonomous driving. 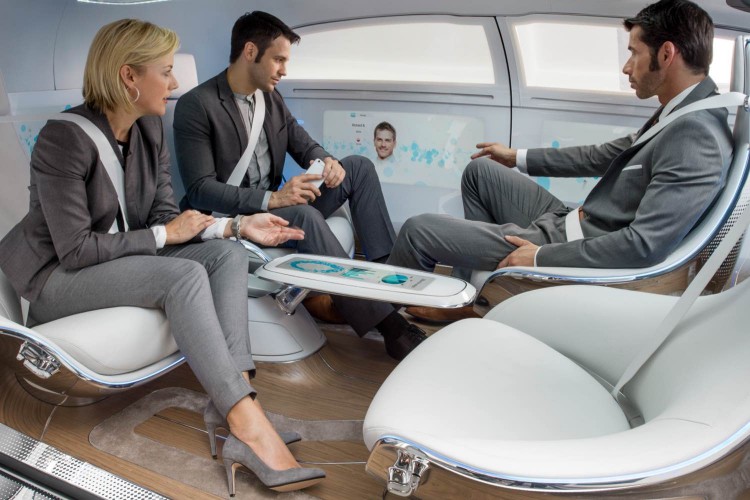 Rounding out the highlights of the automakers at CES, Mercedes-Benz debuted its glimpse of the driverless future in the form of the F 015 Luxury in Motion self-driving luxury sedan. The centerpiece of the futuristic vehicle is the variable seating system that include four rotating lounge chairs and up to four passengers can use their time in the vehicle to interact, work or just relax. 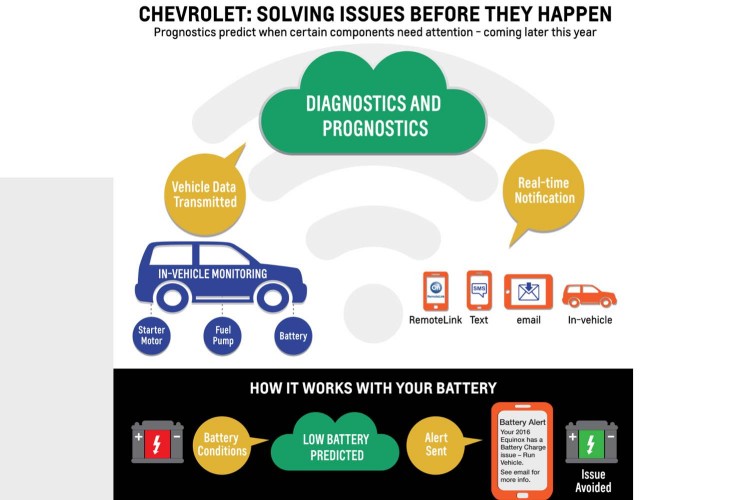