Don’t let “Deflategate” take the wind out of your Super Bowl XLIX (49) fun! Fans can get great experiences from various media, apps and more to celebrate the National Football League’s deciding game. Take a look at more “super” options and ways to get authentic gear. 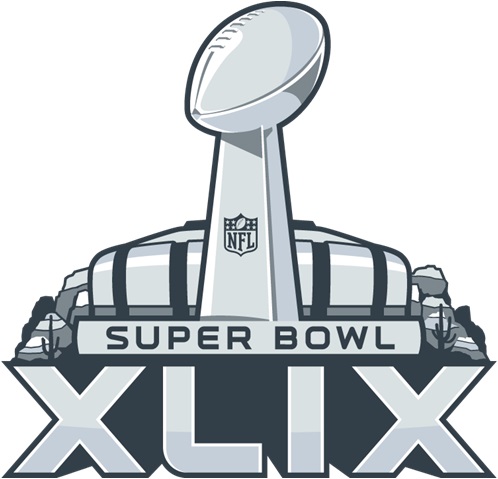 Hopefully you already heard about the Homegating app. Need some help on your Super Bowl party menu? Be a SideChef with this app that features over a thousand recipes with specific searches by diet, ingredient, and region.

Odds are your favorite team did not make the “big show”, so check your team using ESPN’s new feature and click on the team to get great detailed analysis on the tools each team needs to make themselves “super”…maybe Detroit, Cleveland, Jacksonville or Houston will make it one of these years.

If you actually made it to University of Phoenix Stadium in Glendale, Arizona and will be in attending the game, you can still see all those fun TV commercials (averaging $40,000 for 30 seconds this year) with the Super Bowl Stadium App, which was produced in an NFL partnership with Verizon. App users will also be able to view instant replays, find concessions, and check seating charts.

Want official Super Bowl gear? Check out the offerings from The Pro Football Hall of Fame. Fair weather fans can track overall interest in the game an app from Thuuz, which specializes in personalized sports entertainment.

Enjoy the big game this weekend!