Last summer GRIN Studios had a Kickstarter for their unconventional un-fairy tale Woolfe: The Red Hood Diaries. Woolfe looks at the adventures of an adult Red Riding Hood as she seeks to avenge her parents deaths. The game was successfully funded, and is progressing towards release. Now GRIN announces that the game is available for Early Access on Steam. 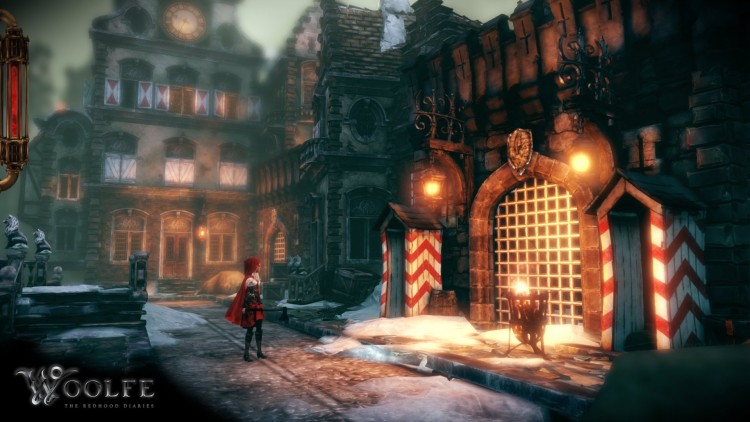 Woolfe: The Red Hood Diaries is set to release on March 17 for PC on Steam. The game launched on Steam Early Access* today [http://store.steampowered.com/app/281940], supported by a new trailer featuring in-game footage.
GRIN’s founder and CEO Wim Wouters said: “The team at GRIN has been working hard on the game and we’re looking forward to receiving valuable player feedback through Early Access so that we can deliver an exciting experience that Red would be proud of.”

About Woolfe: The Red Hood Diaries

All grown up, cried out and armed with an axe, our heroine Red Riding Hood embarks on an odyssey to avenge the death of her parents. Buckle up for a surprising take on the classic tale as you know it, some good old-fashioned action platforming, fun combo-based hack ‘n slash combat and rewarding environment puzzles exploring the attractive fantasy universe.

“This is not a fairytale. There’s nothing fair about it.”

For further information on Woolfe: The Red Hood Diaries: