Nintendo has totally boosted their game cache and physical rewards as the Club Nintendo Rewards program (North America) winds down. Members can also find their free appreciation download code for Flipnote Studio 3D. All worldwide program will end by September 30, 2015 to make way for a new loyalty program. 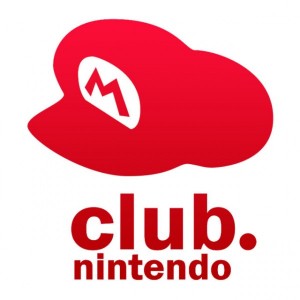 Physical rewards (subject to change) include the following:

Gamers (subject to change) can grab the following games (via game codes) without worrying about depleting inventory:

Seven years does not seem long to me, but most people don’t think long-term anymore. Here is the official Club Nintendo Program Discontinuation notice:

Thank you for your continued loyalty to Nintendo.

We launched Club Nintendo 6 years ago in North America, and we’re grateful for all of the feedback that our members have provided on your experiences with our products.

In order to focus on planning for a new customer loyalty program for our fans, we’ve decided to wind-down the Club Nintendo program. We are deeply thankful to our members for being a part of Club Nintendo for all of these years.

We will share details about our new program at a later date. For now, please see the schedule below for information on the discontinuation timeframe for Club Nintendo.

All Coins will be deleted when Club Nintendo accounts are closed on July 1, 2015. As a result, to give our members the best opportunity to use their Coins, we will add dozens of downloadable games and a limited quantity of exclusive reward items to the rewards catalog in February. In addition, as a small token of appreciation for your loyalty, all Club Nintendo members will receive a free download code for Flipnote Studio 3D in February 2015. Please visit here for information on the software and how to get the download code.

The information in your Club Nintendo account will not be transferred to the new loyalty program. We are adding multiple items to our reward catalog, so please be sure to redeem your Coins before the deadline on June 30, 2015. Unused Coins will be deleted as of July 1, 2015.