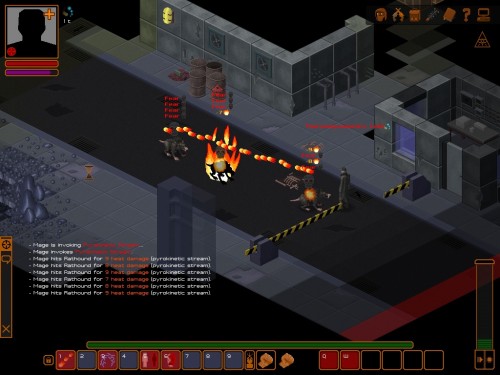 Most so-called hardcore RPG fans who have been around for more than a few years mark the Fallout games (1 & 2, anyway) as near the pinnacle of the genre, with only occasional post-apocalyptic fare like Arcanum being released to satisfy that itch. Now StygSoft’s intriguing Underrail has been released on Steam Early Access for $9.99.

Underrail is a post-apocalyptic turn-based RPG that has been developed with loads of input from the community since it hit pre-Alpha. Now it is further along, and has been included in a couple of ‘indie bundles’ and on Desura and GamersGate. But the release on Steam should get the game even more interest and exposure as they work towards completion.

Grab more info at the game’s home page or buy it early – and get all future updates – on Steam!