HTC is busy at MWC this year; first they announced the One M9, and now they have a companion fitness product, the HTC RE Grip. It’s a fitness tracker with GPS, and it syncs with Under Armour (which means it will work with My Fitness Pal as well as the MapMyFitness products). 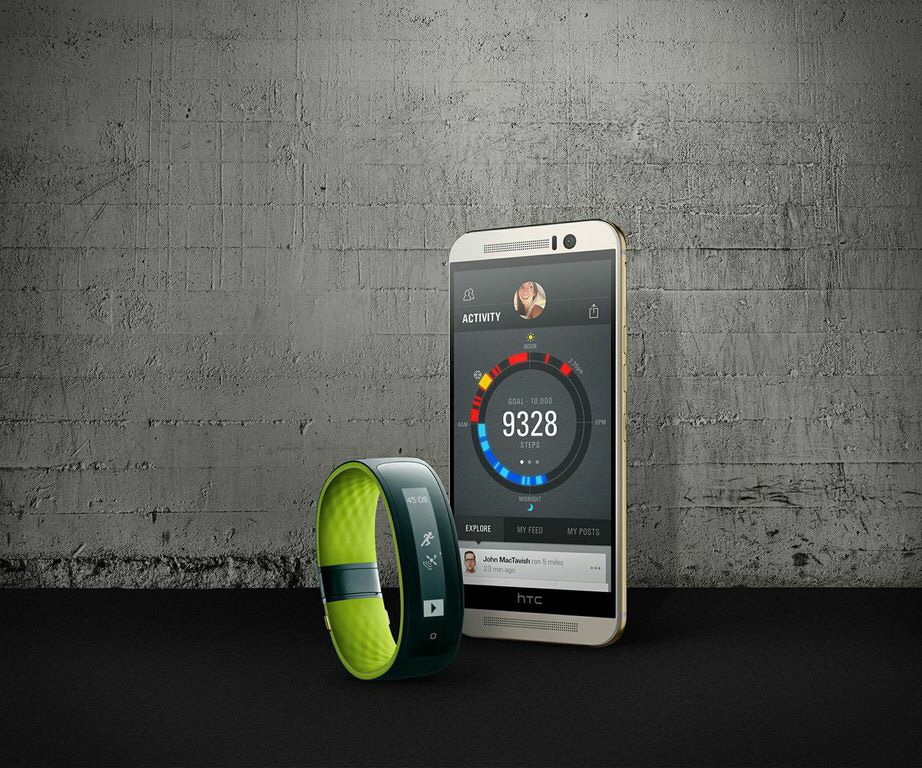 This is an intriguing one for a few reasons. One, it means HTC is looking for a way into the wearables market and sees fitness as a good entry point. Plus, Under Armour is on a mission to dominate, between owning the MapMyFitness empire, My Fitness Pal, and Endomondo, and now teaming up with HTC for a wearable. Based on the pictures alone, Garmin, Fitbit, Jawbone and the others should be a little concerned, because the Grip shows the usual HTC style and fashion sense!

The Grip isn’t a work of art like the HTC One series of phones, but it has a distinct and clean athletic style. It’s waterproof and can track runs as well as other activities, which should make it a good all around fitness tool. The only downside I can see is that “sport mode” is only rated for 5 hours, which HTC says is fast enough for a marathon….which…maybe, but certainly not for everyone. Nor is everyone only using a GPS watch for five hours at a stretch. Still, based on the pedigree of HTC and Under Armour, this could be a strong entry into the fitness wearables market!

You can check out HTC’s Grip site here, and stay tuned for more info on pricing and availability in the spring.