You can’t say HTC doesn’t listen to their critics. Every year their HTC One series has shown improvement and polish, and the new One M9 addresses many of the issues from the M8 and expands on what it does best: namely, there’s an improved camera and even better speakers! 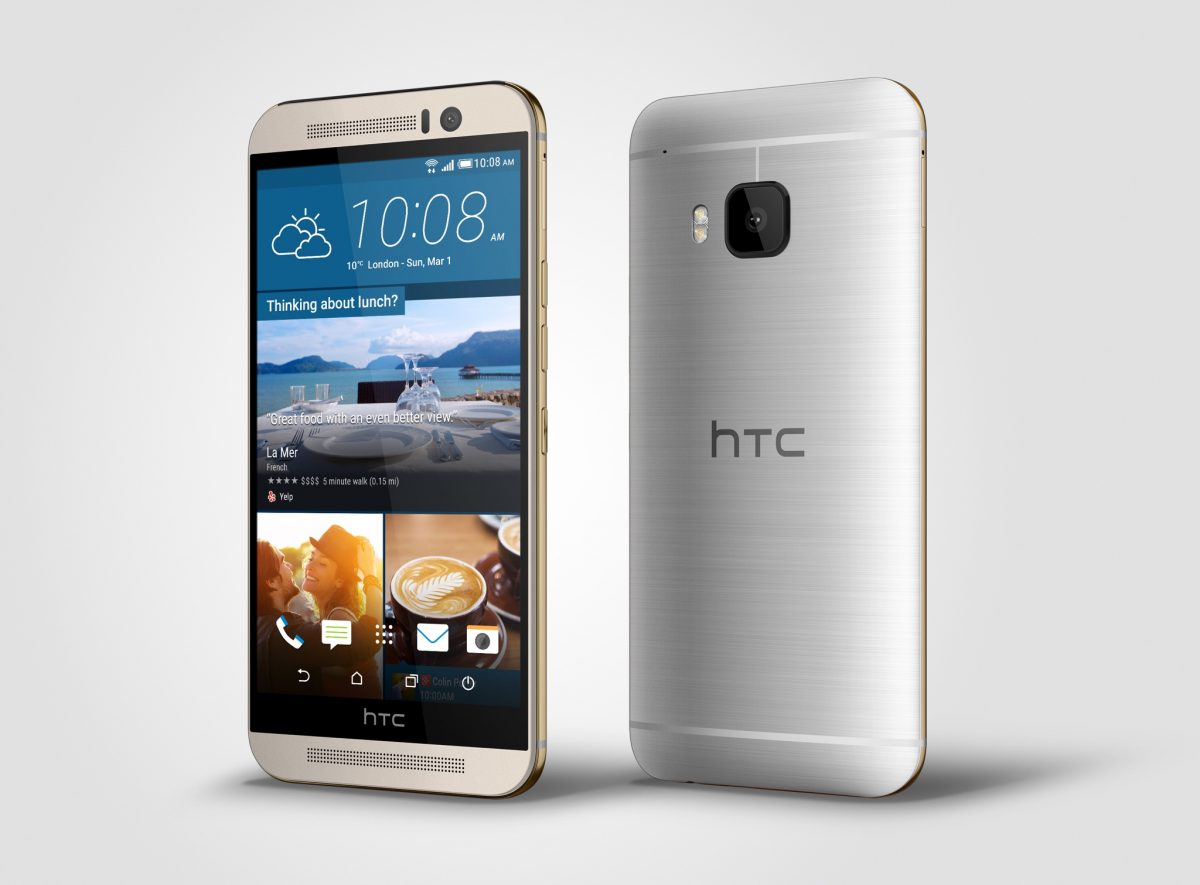 I love my One M8, but the camera isn’t so hot. The M9 fixes this with a 20 megapixel camera, and HTC has wisely shifted the “Ultrapixel” technology to the front facing camera. Ultrapixel was a neat idea, but it was nowhere near ready for prime time as a main camera, and the regular lens on the back is a huge improvement!

The HTC One M9 will still have a 5″ screen, HTC Sense UI, Android Lollipop, and, of course, a gorgeous metal unibody. This time around it will have gold accents in addition to the silver body, giving it even more of an upscale style. HTC has also tweaked the Dot View Case, and they are promising even more new cases to go with the M9!

So far Sprint has committed to carrying the One M9, but I am sure most other major carriers will follow suit shortly! Judie had a chance to get a quick hands on with the One M9 in Barcelona, and she summed it up like this: “Better camera. Better sound. Prettier body. Feels lovely.” I am quite jealous and can’t wait until it hits wide release! In the meantime, you can drool over more photos and specs at HTC’s official One M9 site!