Soon after Tim Cook left the stage, popular and Apple Essentials favorite Evernote announced that they are currently developing an app for the Apple Watch. The company has said “An app on a watch doesn’t replace an app on the phone, it complements it. That’s how Apple Watch is designed, and it’s exactly what Evernote for Apple Watch is all about”. 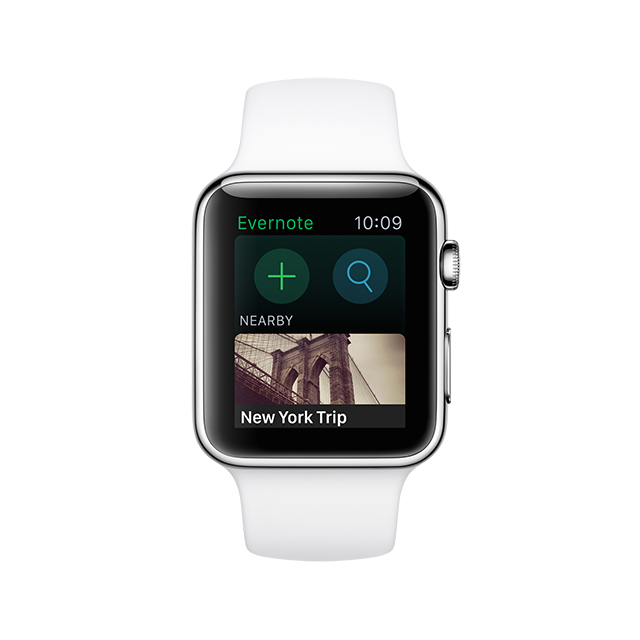 Working in unison, the two apps will work together “beautifully” according to Evernote. Hoping to be pushed along when the Apple Watch is released on 24th, the Evernote app for Apple Watch will allow you to start reading a note on your phone, well as checking off your lists, and setting reminders. Slated to also include the ability to dictate notes and perform searches.

We all know that majority of the Apple Watch’s success hinges on how the device will handle your productivity, and coupled with one of the most productive apps in the App store, we here at Gear Diary know this will be a must have come April.