With less than five weeks left until Season 5 of Game of Thrones starts up worldwide, a lot of people who are just catching or are attempting to catch up in a panic. With ten episodes a season, it might be quite a feat.

Luckily for you, there’s a way you can quickly catch up on the show, its characters, as well as every little tidbit of information possible down to each Lord and kingdom thanks to the “The Game of Thrones Catch-Up Machine.” 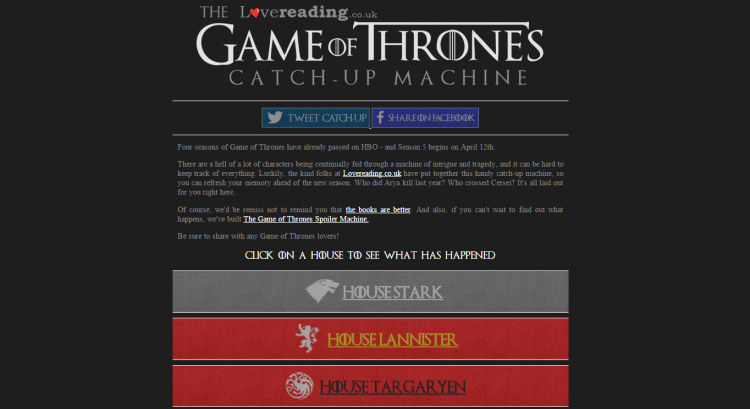 ‘I’m a massive fan of the Game of Thrones series, and I love how much of an online community also love the show – and the books the series is based on. I love to make these kinds of resources, and this was something of a pet project for me, since it gave me a chance to give great value to a community that I really appreciate.’

The Game of Thrones Catch-Up Machine was developed for the folks over at Lovereading.co.uk, a site that allows you to get a brief synopsis (spoilers) or the full scope of whichever book your heart desires. With the site also hosting such things as top 10 books of the month, and reading groups, Joes’ creation for Game of Thrones will give you ever single detail about the show that you may have missed while attempting to binge watch on a Saturday. 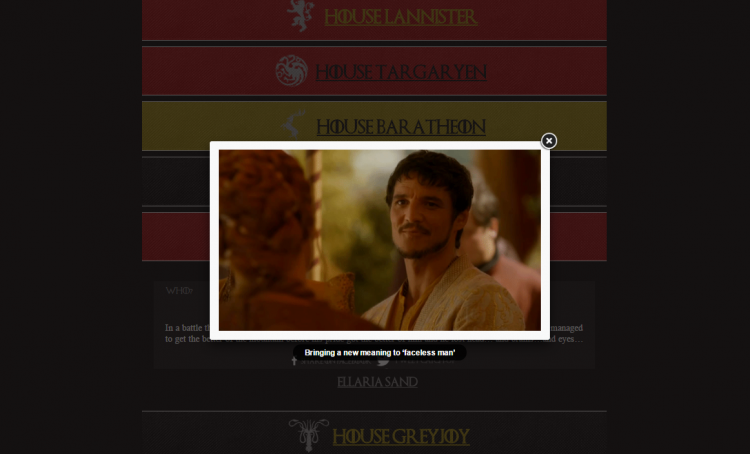 So if you already have too many shows in your DVR queue to catch up on and need to quickly catch up, or are like me and can’t seem to put names with faces, this site will for sure be a help.

Click Here to bookmark The Game of Thrones Catch –Up Machine