One problem I’ve always had about screen protectors: I cannot put them on. Three out of every four times I attempt to do it myself the end result is either fingerprints UNDER the screen protector (even when I touch the sides like instructed) or the one really, really good time I put it on, there’s lint and particles .

At this point, I just pay Best Buy the money to do it. 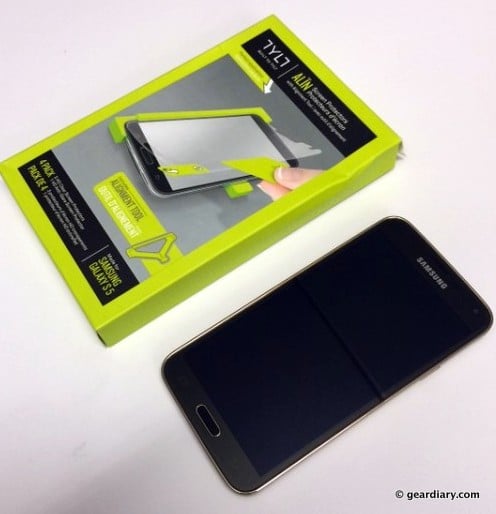 That is, until I discovered the TYLT ALIN kit for the Samsung Galaxy S5. With already a lot of options on the market for screen protection, the ALIN are a pack of four screen protectors (3 HD Clear,and 1 HD Anti-Glare) that do a really decent job at their purpose. 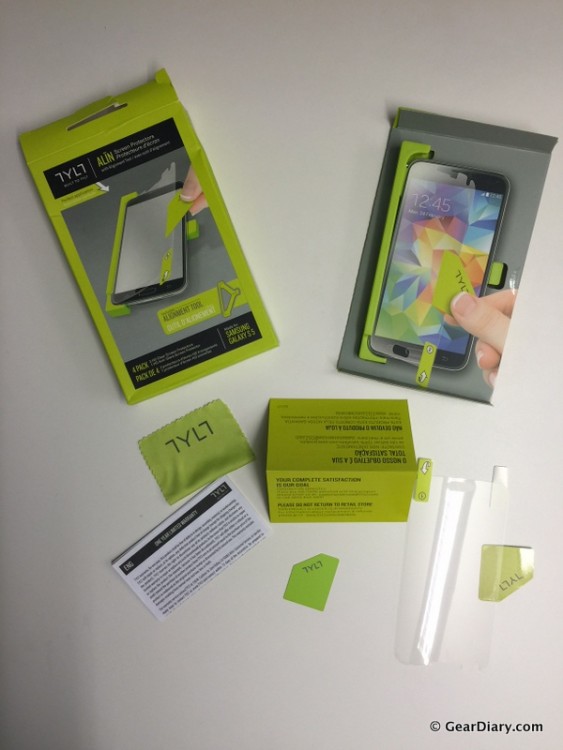 The kit comes equipped with a microfiber cloths for cleaning your device, a smoothing card for clearing bubbles, and the alignment tool. I must admit, the alignment tool was the best part of this package because if you’ve ever attempted to hold the phone, or even lay it down on a table, it’s not necessarily the easiest thing to do. 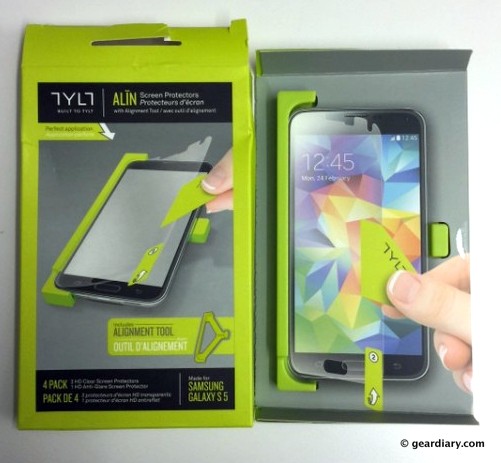 Coming a ways from screen protectors that required some sort of liquid solution being sprayed on the device, (that’s already covered by water damage) and then having to squeegee the bubbles out used to take a good 20-30 minutes. And then on top of this, you couldn’t touch the phone for almost an hour. I can barely go thirty minutes without mine in my hands, but I promise I’m working on it. 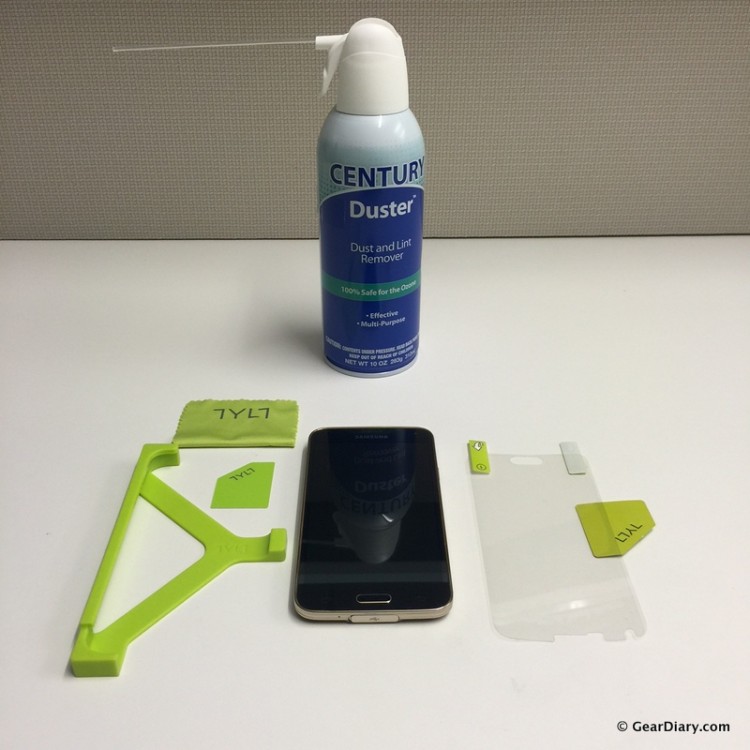 Tylt’s alignment tool cradles your device so all you need to do it look at the marker and line up the bottom of your phone to the top. It’s really so simple that even though the box has instructions in every language possible, there truly are only five steps, and one of them is simply making sure you wipe the device off. 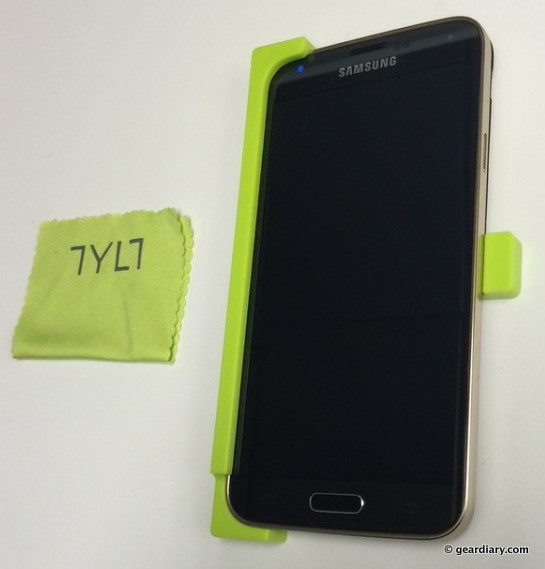 With no liquid needed, the application of the ALIN was flawless in both the Anti-Glare and the Clear. The Anti-Glare I decided to put on last because well, there’s only one, which was kind of odd, because you’d think in a four pack they’d be even. So if you change screen protectors every 2-3 months, or have a friend with a galaxy and are feeling charitable, the ALIN is great kit that will help make your phone look crystal clear without compromising the already beautiful Galaxy screen. 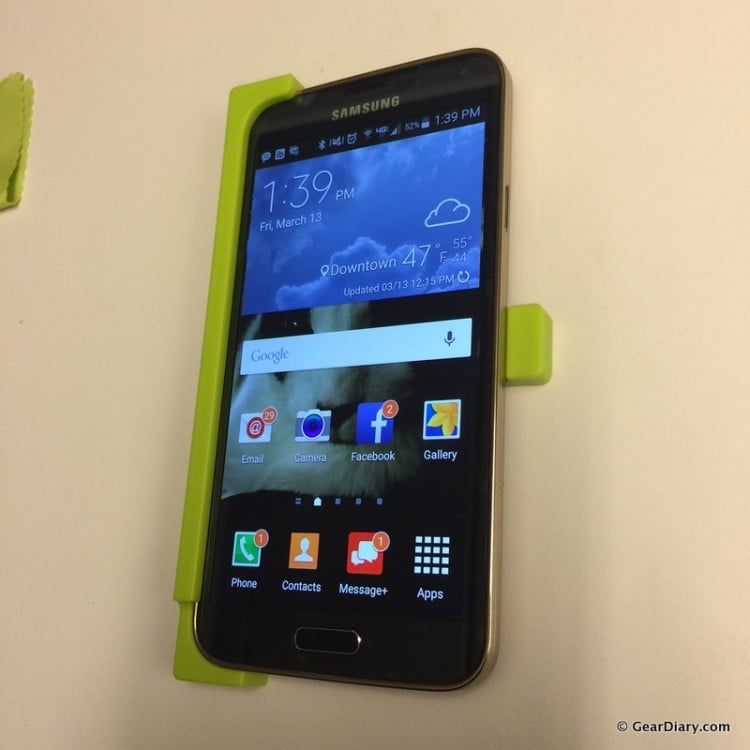 If you’re interested in the TYLT ALIN, you can purchase your kit for $19.99; they also carry screen kits and protectors for other Motorola & iOS Devices.

What I Like: Screens did not bubble; Simple five-step method instructions made things easier.

What Needs Improvement: Seems like it should come with tWO of each type protector in a four pack rather than random