My wife, Sarah, recently decided to get a fitness tracker. She’s been going to the gym more, and heading out walking, and wanted a way to view her activity on a daily basis. I showed her various fitness tracker options, ranging from Misfit to Jawbone to Fitbit, and she specifically chose a Fitbit Flex, almost purely on the Fitbit name.

Now, I think the Flex is a great basic tracking device, and Sarah is quite pleased with hers. But I didn’t tell her to purchase a Fitbit, she chose it on her own because everyone she knew with a fitness tracker owned a Fitbit. Her sister has one, our friends have them, and she felt if she was going to pick a device, she was going with one that she could use to follow her friends, compare accessories, etc. And Sarah’s not the only one; a friend of ours recently posted on Facebook asking for fitness tracker recommendations, and she almost unanimously received suggestions to get a Fitbit (she did). 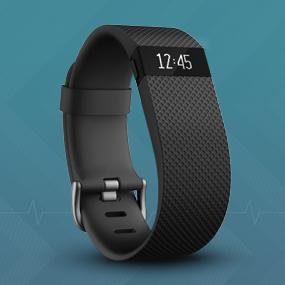 According to the International Business Times, Fitbit supposedly has a 70% marketshare in fitness wearables, followed by Jawbone at 19%. It seems Fitbit has managed to lodge themselves in the collective mindshare as “the” name in fitness trackers. I’m not talking about the heavily athletic audience that wears Garmin Forerunners and Polar Heartrate Monitors, nor am I talking about the more tech-savvy market that wants smartphone notifications on their wrist. The average consumer who just wants an external way to see that they’re moving wants a Fitbit. It’s a recognizable name to the point where it’s almost generic; I was wearing the Pivotal Living tracker to a doctor’s appointment once, and she commented to me “Everyone’s got a Fitbit these days.” 13 out of the 15 items on Best Buy’s “fitness bestsellers” site are Fitbit devices! (As an aside, who’s been buying enough Samsung Gear Fits to drive them up on the list?) In Target, where Sarah bought her Fitbit, the wearables display is very Fitbit-centric. The only devices with demo units available were Fitbits, and most of the accessories were Fitbit-related.

Here’s what I think this means going forwards. Tons of companies poured into the low-end fitness tracker space, but only a few will survive beyond the fringes, or companies will start to cull their copycat devices from their catalogs. Already, Nike has dropped out of the fitness hardware market, and while Polar makes two watches that can act as activity trackers, they’ve stopped promoting or discussing their “Polar Loop” tracker. Garmin will likely hang in there for a while with the Vivofit/smart/activ line, because even if they aren’t terribly successful they can act as a gateway to the pricier Garmin Forerunner devices, but I wonder if the Vivofit line can really compete against Fitbit long-term. I’d like to see Misfit survive, but they’re a relatively small company in a very competitive market. And while Jawbone has clung to a decent second place, the perpetually delayed UP3 isn’t helping their cause. It also means Fitbit shouldn’t sweat too badly over the relatively lukewarm response to their Surge watch. The market that recognizes and likes Fitbit doesn’t seem to be focused heavily on the multisport athlete market; it seems more that the people who want a reasonably simple and attractive tracker are gravitating to Fitbit. It’s why the Flex has survived forever despite being so simple, and why the Charge HR is rapidly becoming a popular replacement. In that $50-$150 space, Fitbit isn’t competing with smartwatches, they’re competing with fitness trackers like Garmin, Jawbone, and Misfit; so far Fitbit is winning.