When you think of dashcams, you probably think of those video cameras that capture what’s taking place in front of you as you drive, right? But with LyfeLens, a startup out of Austin, TX, you can do all that and more. 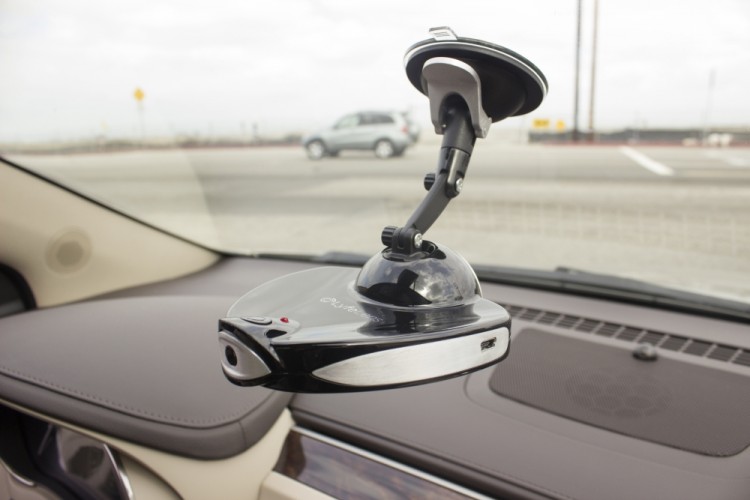 LyfeLens isn’t your normal camera that you just mount in your car that captures an accident taking place so you have photo evidence to show to your insurance provider or to your local police. Instead, LyfeLens has not just one camera, but TWO, one in the front for the road, and one on the back for inside of the car. Now why would you possibly want a video feed inside of your car? Well LyfeLens is the world’s first LIVE, yes, LIVE video dashcam that integrates push notifications and can communicate with all Android and iOS devices on the market.

The push notifications provide users Real-time insight of actions happening in and around their vehicle in real-time. When I first saw this, I thought of the reality TV-show “Bait Car” where law enforcement leaves the keys in the ignition of a vehicle allowing car thieves to be baited for an on-camera bust. Obviously we’re not saying to do the same thing, but I can see this being very handy if your car ever gets broken into while you’re away from it.

LyfeLens’ dual-facing, wide-angle cameras both capture 1080p resolution, that monitor things like excessive speed, abrupt movements such as hard braking or collisions, location, movement and vandalism. This would be a great device for parents who like to know their young teens driving habits when they take the car out with their friends. Also, motion and sound detection sensors monitor a user’s vehicle for unsafe or suspicious activity, automatically capturing video and alerting the user.

“We designed LyfeLens with the goal of providing car owners with peace of mind. LyfeLens keeps an eye on your car even when you’re not there, and is an invaluable resource for when the worst happens.”

Paired via Bluetooth for notifications and app syncing, the LyfeLens does come with a subscription however for the real-time data, as well as a 4G LTE Wi-Fi hotspot to keep you connected even when you’re not connected.

LyfeLens is available via pre-order at the LyfeLens site now at the discounted price of $199. When the product ships later in the fall of 2015, the price will raise to $299.