Part of my low-key recent birthday was watching a mid-afternoon movie. I wanted to watch one of my favorites, and ended up choosing ‘Star Wars The Empire Strikes Back’, a classic I saw in theaters 35 years ago and dozens of times since. Soon I can watch it on my iPhone, as a digital release arrives April 10th! 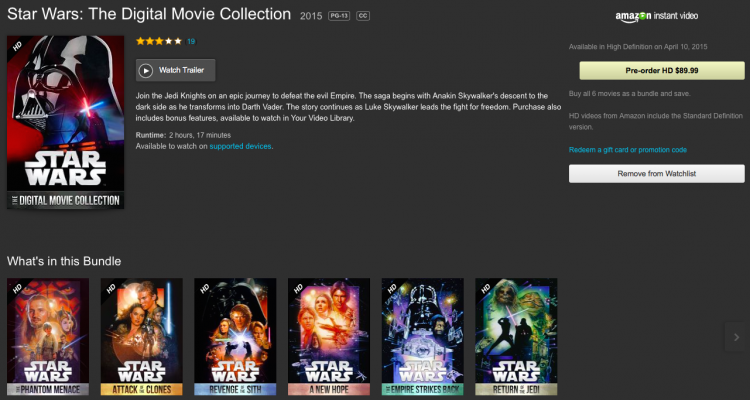 Here are more details on the release from Star Wars.com

Head to iTunes or Amazon to pre-order now! The HD edition is $89.99 on Amazon, and each movie is $19.99 on iTunes. I also got an email from MGo for a pre-order for $99.99, so I am sure other digital retailers will be offering the movies as well.

Are you excited? Interested? Planning to buy Star Wars again? Waiting for the original versions?