Game developer Running With Scissors is no stranger to controversy, as the company name suggests! Their game ‘Postal‘ came out in 1997 when ‘Going Postal’ was fairly new and much in the public mind. Postal 2 and 3 went out of their way to offend, but now we get word that Google won’t allow Postal on the Play Store. 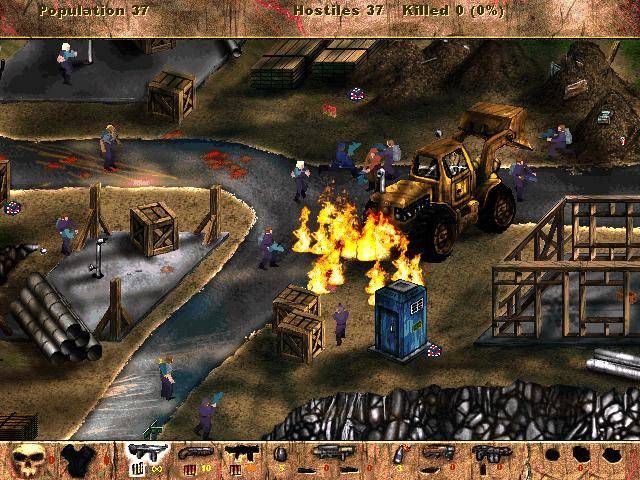 According to a post over at the official Running With Scissors forums, Postal won’t be making it to Android devices. Why? Because apparently it has been rejected from the Google Play Store because it contains “GRATUITOUS VIOLENCE.” While the Postal series is known for its outlandish levels of violence, Running With Scissors makes a valid point when it notes that other equally violent games are already available in the marketplace.

“We know many of you have been excited that POSTAL is going to be made available on Android devices, but it seems we have hit a bit of a snag. Unfortunately it appears POSTAL has been rejected from Google Play due to it containing “GRATUITOUS VIOLENCE”. Sadly this means it won’t be welcomed alongside the Grand Theft Auto series, Carmageddon and horde of Zombie games on Google Play. For those that don’t know, Google Play is the premier store for Android Apps. There are other outlets though so fear not POSTAL fans. While this is disappointing for us, it won’t stop you from being able to play POSTAL on your favorite Android device. We are looking into Humble Store, Amazon and other Android App stores. We will let you know when the time comes where you can pick up your Android copy of POSTAL.”

The official Twitter feed for RWS shared the news as well:

RT: POSTAL was rejected by @googleplay due to GRATUITOUS VIOLENCE, yet they sell the entire GTA series #whatyearisit pic.twitter.com/pKrFY63gIy

It seems a bit odd that with so many other games available on iTunes App Store and Google Play that ‘Postal’ would merit the ban … hopefully things will change and we can get the game for our mobile devices soon!