Does anyone remember direct to video?  Yeah I do.  Usually that means the movie sucked so bad that it wasn’t worth the studio putting it in theaters.  Well it looks like direct to streaming seems to be a thing now that the mullet sporting David Spade will be appearing in Joe Dirt 2 on Crackle this summer.

Yeah, it will still suck. 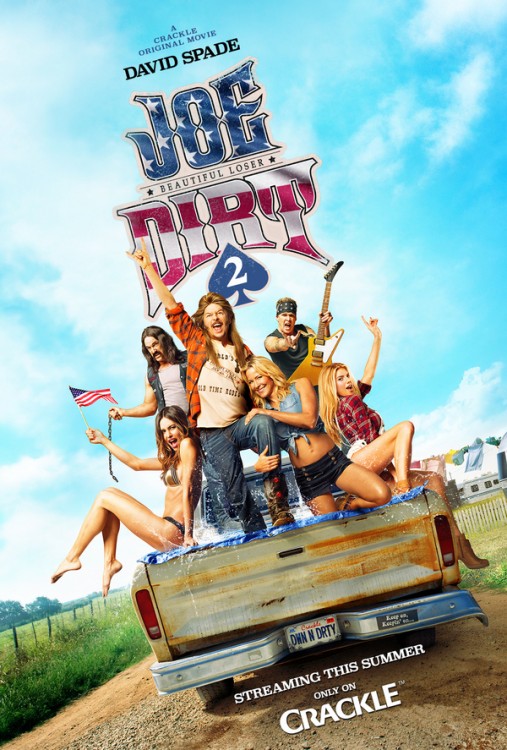 We all remember Joe Dirt….or some of us might.  This David Spade vehicle was bad.  Really bad.  However it did okay in the theaters.  According to Box Office Mojo, it cost about $17.1 Million to make, and it made around $27 million.  While not a recorder breaker, it did all right.  However, I think Joe’s story was pretty well told in the first movie.  Do we really need a second?  Apparently we do, or Adam Sandler felt sorry for his buddy David Spade considering that Happy Madison is producing the film.  What I found strange though, is that instead of ‘Joe Dirt 2: Beautiful Loser’ going to theaters, it’s going straight to streaming.  No not Netflix but to  Crackle.  Yeah Crackle. This makes it the first studio sequel to debut on a streaming service.

Beyond what I think about how the movie will be, it always seems that home video or now streaming seems to be where the stuff that’s too bad for the theater ends up.  Why? The movie theaters and studios don’t want to risk a sure-fire theater movie to this, even though that’s where many of us watch movies now.  I wanted to watch Interstellar in the theater but opted to wait til it hit Blu-ray. When will they get that while the theater does provide a good audio and visual experience, people don’t like paying an arm and a leg for a popcorn and soda to not be able to enjoy watching a movie because others have their phones, kids, or other distractions with them?  Joe Dirt 2: Beautiful Loser hits Crackle on July 17.

What do you think?  Would you watch this? Have you watched any of the made for Netflix series?  What about stuff made for Crackle? (yeah there are some other things that were made for this service, too).