Posted By: Greg Alston May 1, 2015
ShareTweet
Back in 2013, Cambridge Audio released the Minx Air 100, in efforts to make good use of Apple’s new AirPlay feature. Now it could have been a fault on both parties, but they didn’t do the best job. But late in 2014, they bounced back with what was a more sophisticated model in the Cambridge Audio Bluetone 100 Bluetooth Speaker.
Upon first look of the Bluetone 100 speaker after unboxing it, one thing is crystal clear: the thing is huge. Certainly bigger than other speakers on the market, you expect much to come from a brand like Cambridge. But don’t be deterred by the size, because with its solid size, it packs a mighty punch. 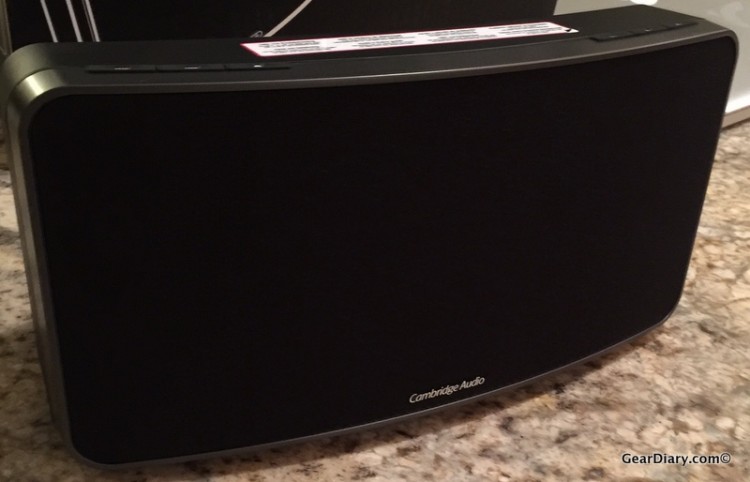 With easy to use controls available at the top of the speaker, the silicone buttons let you power the Bluetone on/off, change the volume up and down, and the Bluetooth/input options. I even went to lengths of connecting a total of eight devices to my Bluetone and all connected instantly with a simple beep, and none lost connection or faded when I walked into another room. 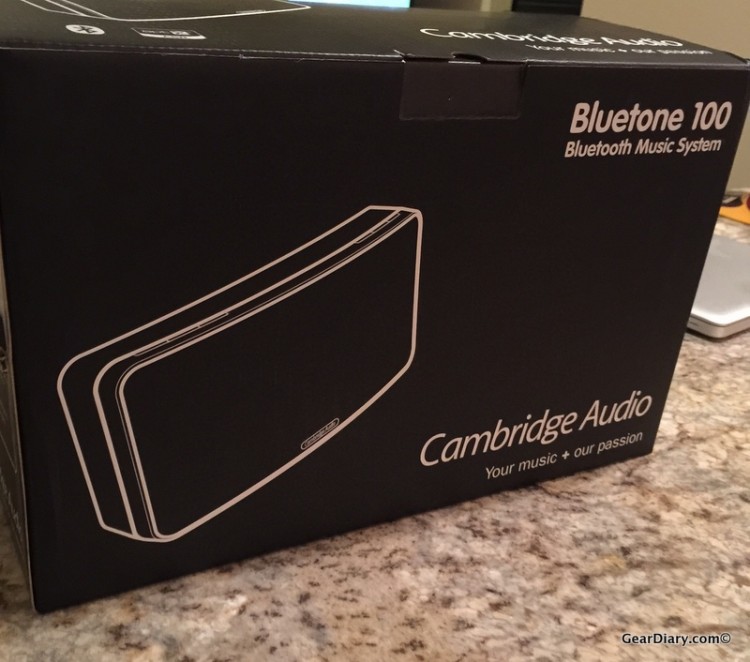 Most people I know would compare this to the likes of a Bose, but after reviewing the Cambridge, I can truly say that they are equals if anything else in the overall volume department. While the mids and lows are the high point of the Bluetone 100, the bass does leave a lot to be desired. So playing John Mayer’s album worked perfectly fine and sounded crisp, playing Drake’s “If You’re Reading This, It’s Too Late” album sounded a bit muffled when it came to bass. To the point if you didn’t know any better, you would miss particular words to a song because the Bluetone attempted to overcompensate for the sound by using high levels of volume.

The good thing about this speaker is the sound does indeed travel well when listening, which is a great thing because the Bluetone 100, even though Bluetooth friendly, is a stationary speaker. It comes with an AV adapter, so don’t expect to put this in a fancy place or make it look cordless, because it will have to be connected to an outlet in order to use. But the sound literally could be heard all throughout my apartment. 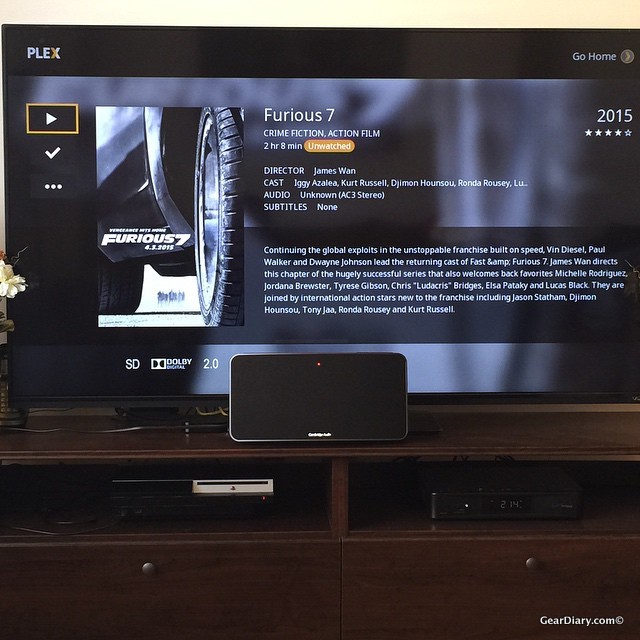 I sat the Bluetone in my living room and could clearly hear from my bedroom 15 feet away with the door closed, the clarity was that insane. If you’re listening to a track that has a lot of live instruments in it, if you set the speaker to a medium volume, the sound will be clean and even if sitting about 8-10 feet away, you will be able to pick out the percussions, flutes, and other background noise of the track. Obviously trying to turn your home into a studio by turning the volume to its highest will muffle quite a bit, especially when it comes to the vocals. 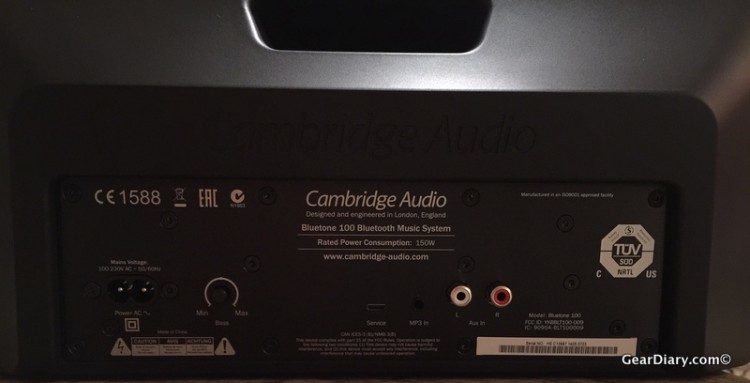 Overall I really liked the Bluetone, minus the fact it’s not completely “Bluetooth”, and requires being plugged in. I did not use the television compatibility on my Vizio because it seems as if my television did not want to cooperate. But it did however look pretty nice on my TV stand in front of it. The only issue was of course the size, which made it hard to see scrolling news on ESPN, but if you have a mounted TV it would probably look awesome.
The Bluetone 100 is Cambridge’s bread and butter, and the 100 watt speakers pack in more than enough sound for a fight party, regular listening, or even if you’re on your patio and have the speaker in the house and want to still hear your music.
The Cambridge Bluetone retails for $299.99, and it is available from Cambridge’s website.

What I Like: The quick syncing ability was great, and the somewhat curved designed was pretty elegant.

What Needs Improvement: A truly Bluetooth experience, that doesn’t require it to always be plugged in.