I have been looking for a portable camera that is small, affordable, and provides excellent video and photo quality. The market is flooded, but I was recently given the opportunity to review the HTC Re which currently retails for $117 on Amazon. While this camera looks odd, can it fit the bill? Read on for the review and sample images.

I cannot afford a GoPro camera but love the wide-angle views and crisp video so I have been researching alternate options for some time. The HTC Re is not a full out action camera, but is designed to be super portable and simple to use. The ability to quickly grab the camera and catch shots has turned out to be really fun. The free phone application allows changing settings and the option to use as a viewfinder, and brings power tools to the camera. The camera is waterproof to up to 1 meter right out of the box. 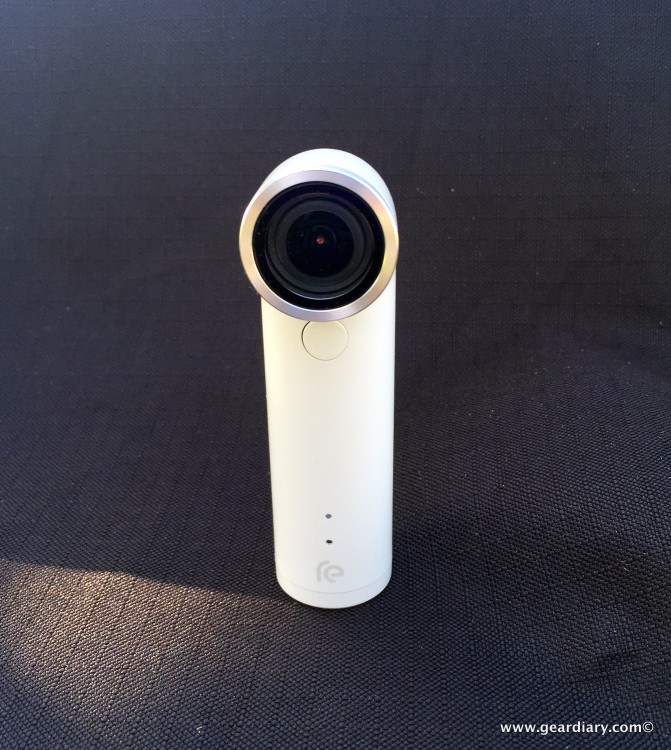 Yes, this camera looks like an asthma inhaler or periscope. That is what everyone tells me when they first see it. The design makes the camera easier to hold in the hand while being small enough to fit in a pocket. The companion camera sports a 146º wide-angle lens and 16mp sensor that captures images and videos without a viewfinder. There is only two buttons on the camera with no need for a power button. A grip sensor knows when the camera is being held and automatically turns it on. A button under the lens activates slow motion video and the silver button on the top is for videos and photos. One tap of the silver button takes a single photo and holding the button will activate video. 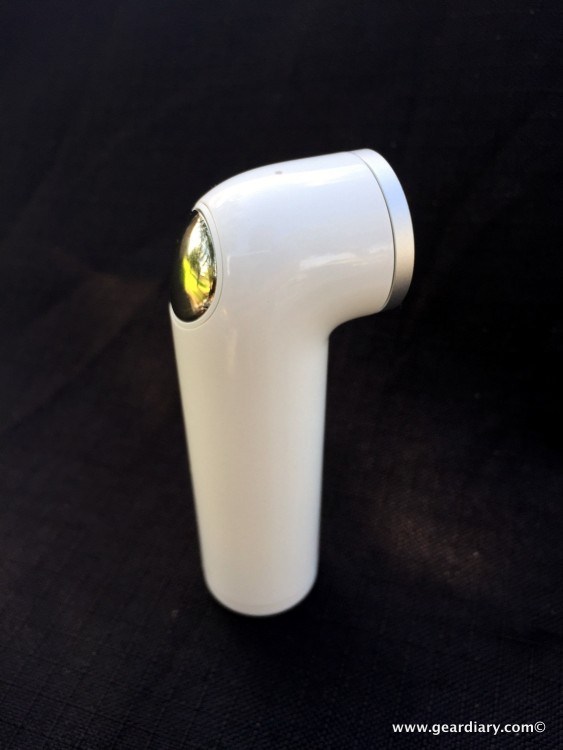 The bottom of the Re houses the microSD card slot, micro-USB charging port, and standard tripod connector. The tripod option is great, but I would have preferred to see a metal thread over the molded plastic. 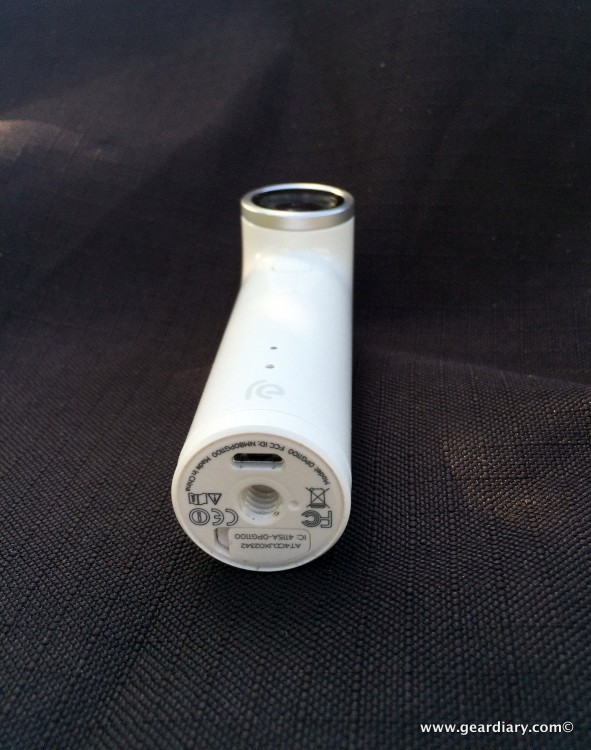 Connecting to the Re is super simple with the iPhone application. First, you need to connect the camera to the WiFi network with the camera on. When opening the app, you will see any videos or photos taken. The images are not only viewable, but also can be downloaded to the device. It actually works quickly and the photos and videos are immediately available to share just as if they were taken with the phone camera. The app also allows for video settings to be adjusted and used to take a time-lapse video. I took an hour and a half time-lapse this morning by taking a photo every 10 seconds. Once the camera was set, I left and came back to get the video. There were no battery issues and the video lasts about 18 seconds. I am pleased with the results.

All of the cool designs and simplicity of use is great, but how does the camera perform? I tried to take a variety of images and a few videos in various lighting and situations to see how it reacts in different settings. Take a look for yourself. All of these photos are resized and exported using Picasa with no adjustments applied. For what it is worth, I almost never use a photo from my iPhone 6 plus without at least some minor editing. The videos have been uploaded to YouTube and have lost a lot of clarity. The videos straight from the camera are much better than I can show from a YouTube link. 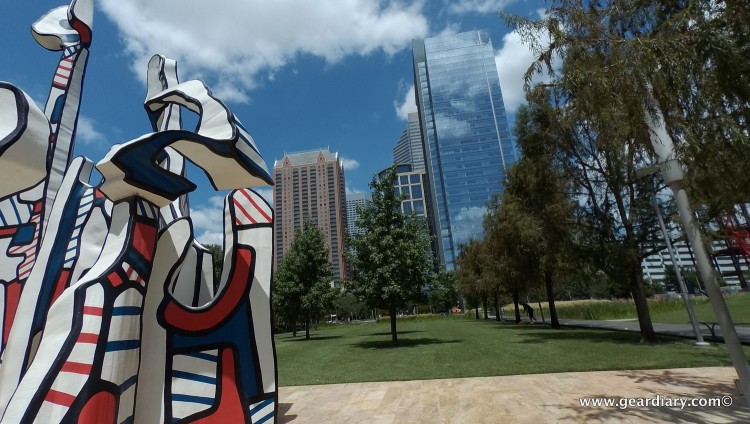 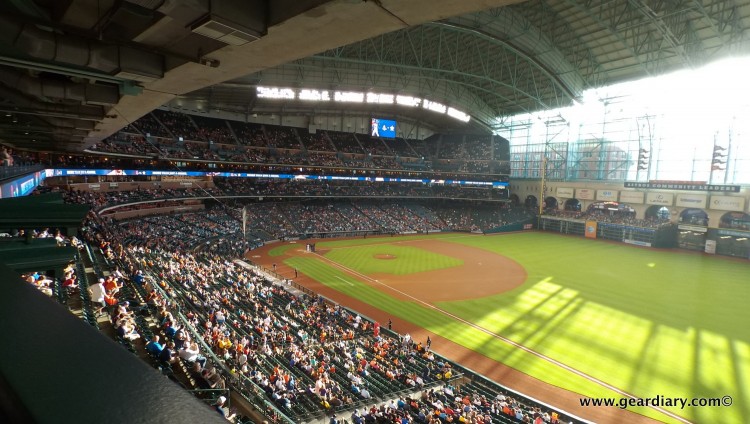 RE Camera: Back lit, variety of lighting 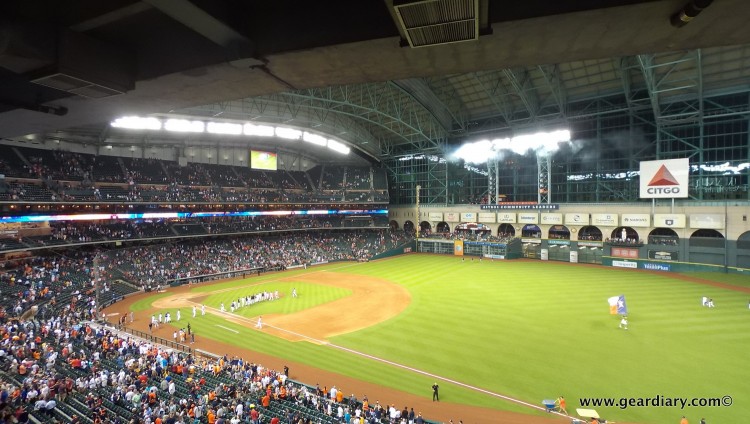 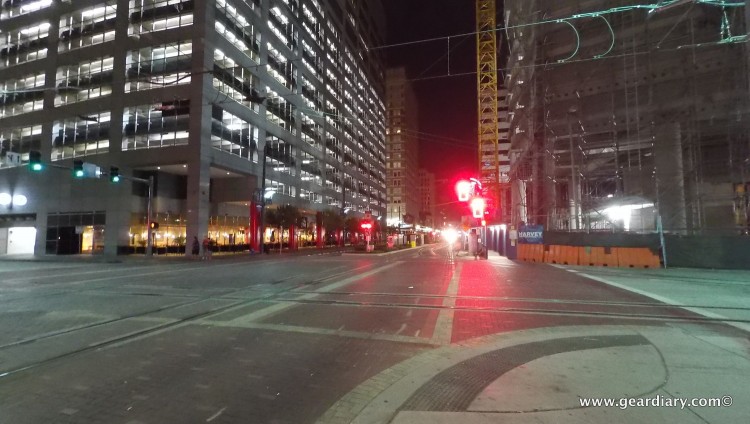 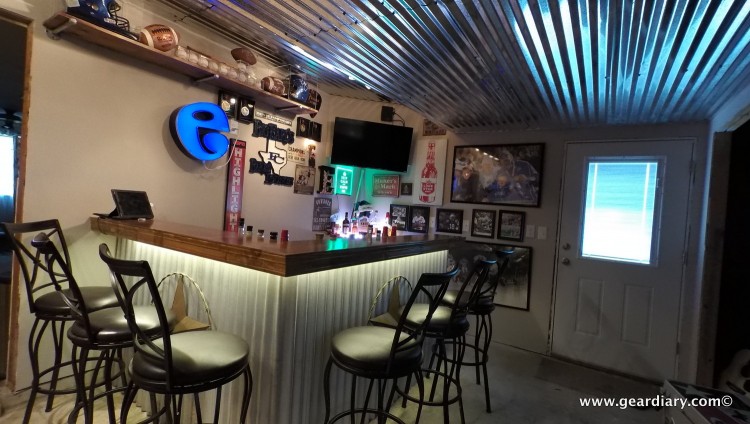 Overall, I am really impressed with the photos. The camera does a great job of handling odd lighting. The sun coming into Minute Maid Park on the first shot was blinding yet the Re was able to keep the rest of the shot metered correctly. Often, a camera will darken the rest of the photo in that situation. Of course, the darker the shot, the more noise present, but I think this is the case for just about all small form cameras. It is also imperative that the camera be held perfectly still in low light to avoid a blurry image. None of these images were taken using the phone app to frame them. I simply pointed the Re in the general direction and started snapping. The wide-angle lens really helps get the entire shot in view. I was not expecting the photos to be this good with the camera!

As you can see, the video quality, while degraded through YouTube upload, is quite good. Shooting at wide-angle 1080p, 30fps results in some clear video with the look most popular action cams provide. The HTC Re is not considered an action cam, but I think with the correct harness or mount, users could get similar footage. We tried a few times to get some footage of Riley riding his scooter, but did not have the correct mount. I plan on getting some mounts soon and will comment on the results. The slow motion video changes to 720p at 96fps. While the video quality is not quite as good, the camera does handle slow motion well.

I have to admit the initial look of the HTC Re had me skeptical of how it would perform as a companion camera. The proof is in the pudding though as I have been extremely pleased with both the video and photo results. Images are crisp and the146º lens gives them a unique look. The colors come out pretty accurate even though I usually enhance some in post editing. Extreme low light photo and video will bring some noise and color issues, but so does my phone and every other camera I own, so I am not counting that as much of an issue. I have been carrying the Re in my front pocket for a week and am loving how quick and easy I can pull it out and take a shot. The iPhone app is easy to connect and allows viewing and direct downloading of all footage which is nice. I plan on using this feature while hunting to get some unique animal videos. The HTC Re is $119.56 on Amazon.

What I like: Small and easy to use. Both videos and photos are great! Connects smartphone via free application

What could be improved: I would prefer a metal tripod connector. There are few accessories and mounts available