The 1TB Buffalo MiniStation Extreme NFC is quite a nice portable hard drive. It’s a portable storage solution that’s also rugged and comes with some neat security features. It has shock protection, water resistance, and dust resistance. It has a built-in USB 3.0 cable for easy connectivity and can use NFC technology to unlock decryption and it’s available for $129.99. 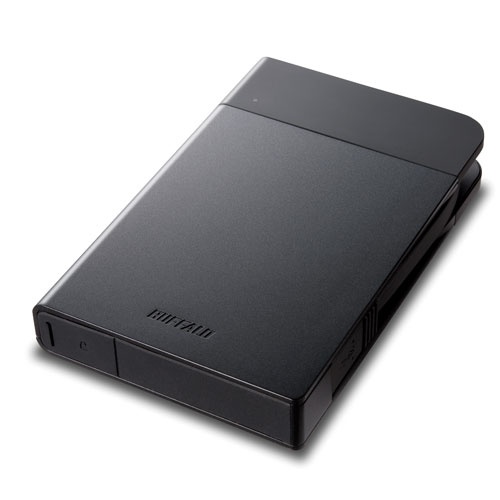 Weighing in at 10.6oz, it’s a fairly lightweight storage device that can easily be slipped into your laptop bag or even a large pants pocket, if necessary. For full disclosure, my kitchen scale weighed the MiniStation Extreme NFC at 9.9oz. The dimensions measure out to be 3.54” x 5.55” x 0.83”, which is not the smallest portable hard drive on the market, but it’s small enough for my needs. 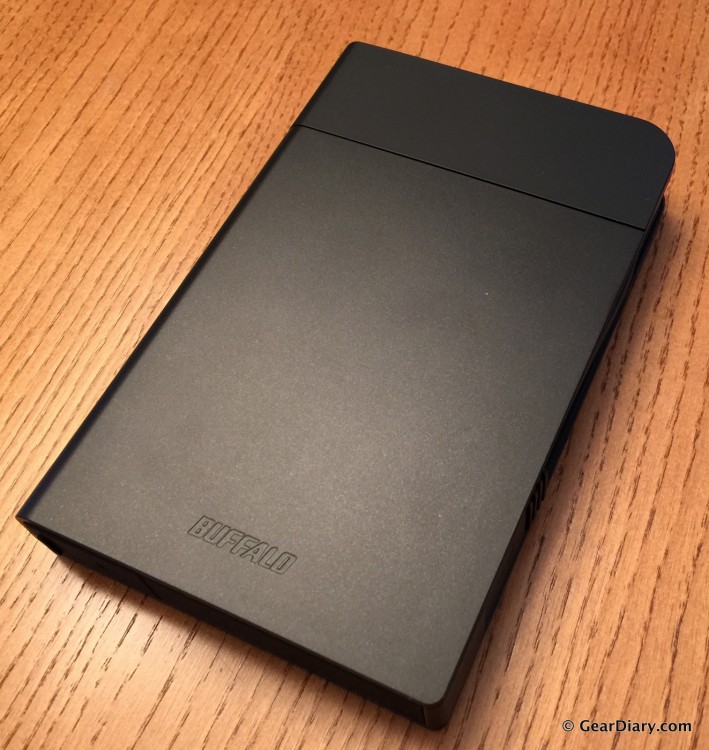 The MiniStation Extreme NFC’s built-in USB 3.0 cable wraps around the enclosure neatly so that it’s only noticeable when you’re looking for it. The USB connector’s end is protected from the elements, since it securely tucks into the plastic exterior enclosure. Surprisingly, this may be my favorite feature of the MiniStation Extreme as all you need for standard use of the device is contained in this singular package, no additional power cords or USB cables to carry around. 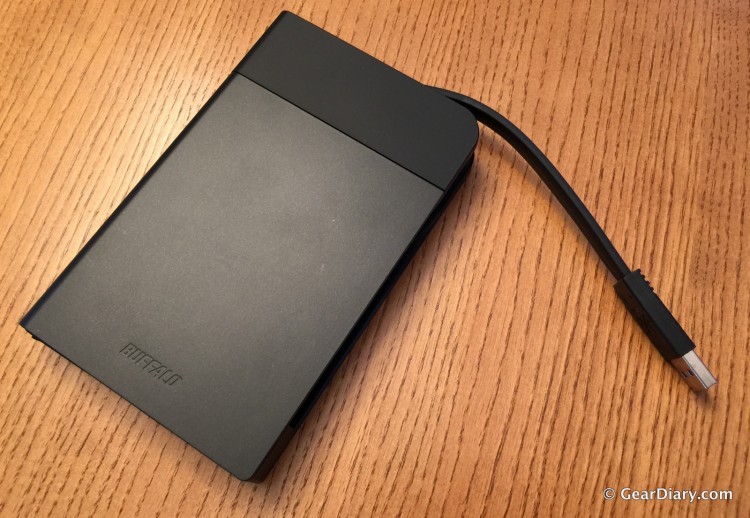 Inside the enclosure, there’s a 1TB capacity and the 7,200 rpm bus-powered portable hard drive. The MiniStation Extreme NFC is compatible with PCs running Windows XP or later as well as Macs running OS 10.4 or later.

The Ministation Extreme NFC is truly plug-and-play for a Windows machine. It comes formatted in the NTFS file system, which works with Windows, but is read-only on a Mac. In order to test, I had to reformat the drive to a FAT file system. Pre-loaded on the drive is a piece of software that’s called “mode changer.” This software changes the drive from unencrypted mode to encrypted mode and vice versa. The biggest problem with this is that when you change modes you have to reformat the device…bummer, huh? While encrypted, the drive supports 256-bit AES Full Disk Encryption to protect your data and will require you to type in a password each time you plug the drive into your computer. If you want to get around typing in the password each time, the MiniStation Extreme NFC allows you to choose a device as an NFC key to allow access to your data. This can range from the included NFC key card or a smartphone with NFC capability. Please note that an iPhone 6 or 6 Plus will not work as an NFC key because their NFC capability is locked to being used solely for Apple Pay. 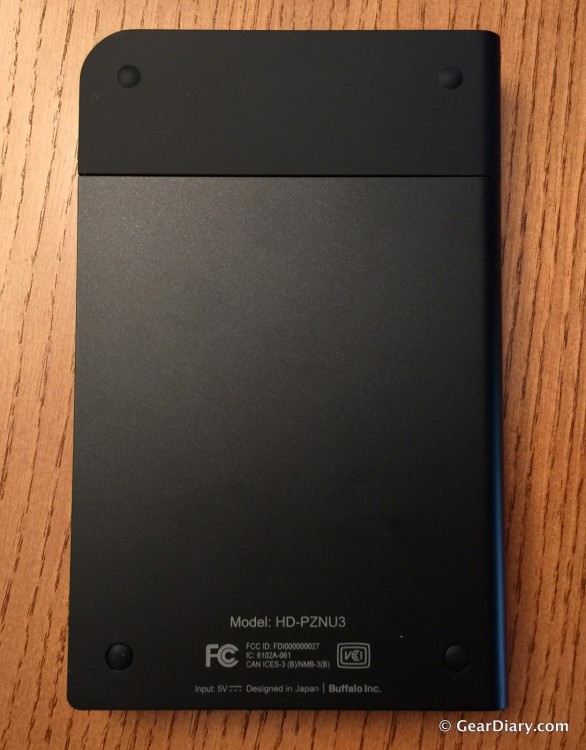 In my performance testing, BlackMagic Disk Speed Test rated the MiniStation Extreme NFC’s write performance at 101.2 MB/s and its read performance at 106.6 MB/s, using USB 3.0. Check out the screenshot below. That’s enough write speed to fill up the drive with 1TB worth of data in about 2.75 hours. Not bad for such a small, rugged hard drive. These speeds are among the best in the game for this type of hard drive. 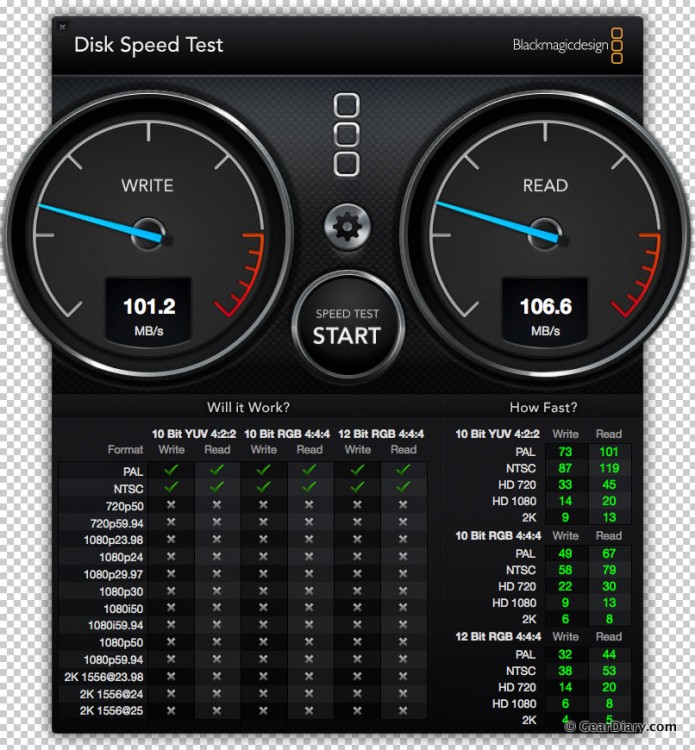 Overall, I’d recommend the Buffalo MiniStation Extreme NFC to anyone who is looking for an all-purpose, rugged, and speedy portable hard drive. I love the built-in USB cable for its ease-of-use and portability. Yes, you could save some money if you don’t need such a rugged hard drive with NFC encryption, drop protection, dust protection, and water protection…but if your data is important to you, it’s security should be just as important.

You can purchase the Buffalo MiniStation Extreme NFC directly from the manufacturer. It’s available in 1TB and 2TB capacities.

Source: The Buffalo MiniStation Extreme NFC was provided to me as a review sample by the manufacturer.

What Needs Improvement: The requirement to reformat every time you want to change from encrypted to unencrypted mode.