Verizon is really going all-in on the Star Wars marketing. They already license “Droid” for their exclusive phones, and now they’re getting into the movies too, with exclusive Google Cardboard viewers for Verizon customers in BB-8, Kylo Ren, Stormtrooper, or R2-D2 themes! 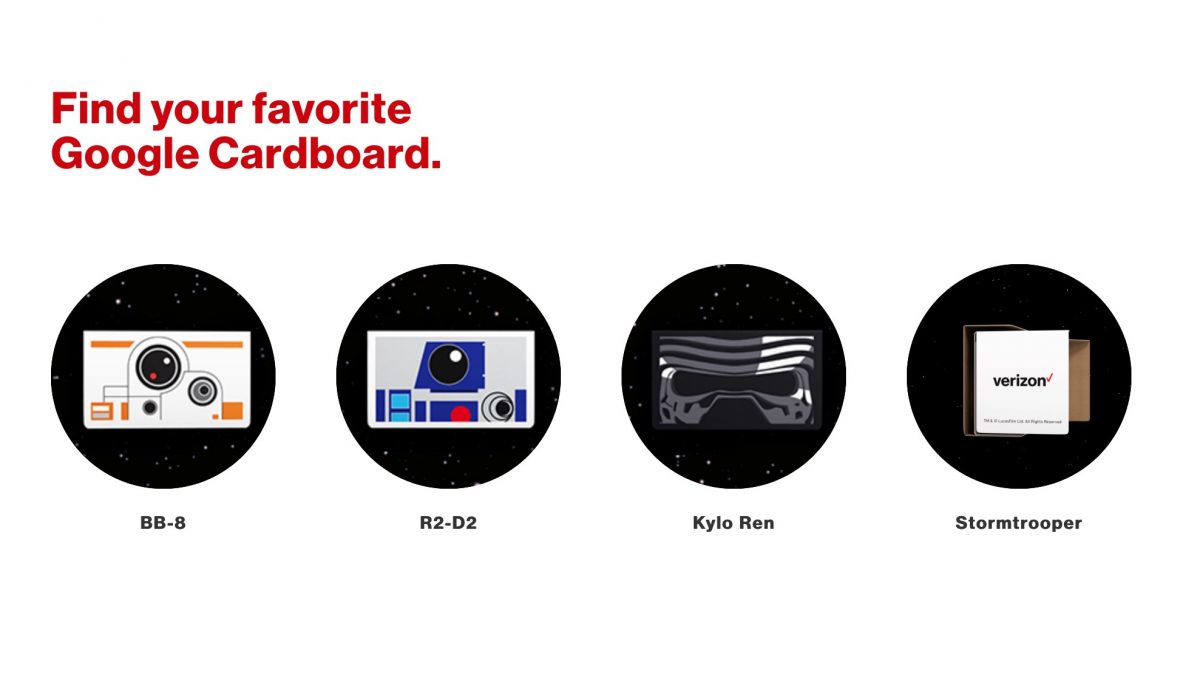 These are free while supplies last, and I snagged a BB-8 themed one at my local store tonight. All I had to do was verify that I was a Verizon Wireless customer, and they handed me a viewer. They come pre-assembled, and for a virtual reality viewer made of cardboard it’s of decent quality. Yes, they have Verizon branding, but they’re free AND Star Wars themed, so the branding doesn’t bother me. Also, it’s important to note this promotion is only for corporate owned stores, so any stores listed as “Authorized Verizon Wireless Reseller” or similar franchise designations aren’t participating.

I haven’t had much of a chance to play with many cardboard apps yet, but I am super excited to give them a try. Even the demo left me quite impressed. It’s hard to say if virtual reality will evolve beyond novelty stage with Cardboard, but as “whoa, check this out” demo it’s fun. There’s a Star Wars themed VR (naturally), so that’s tops on my list to try tomorrow!

If you’re curious about virtual reality, a Verizon customer, and a Star Wars fan, hit the Verizon store ASAP! And for anyone who is experienced with Cardboard, share your tips below!