When the iPhone 6S came out I went for the maximum storage, 128GB. On my 9.7″ iPad Pro I went with 128GB again despite the fact that 256GB was available. That’s a ton of storage but, with the way I am using the iPad now it actually isn’t enough. Thank goodness for the new SanDisk iXpand Flash Drive! 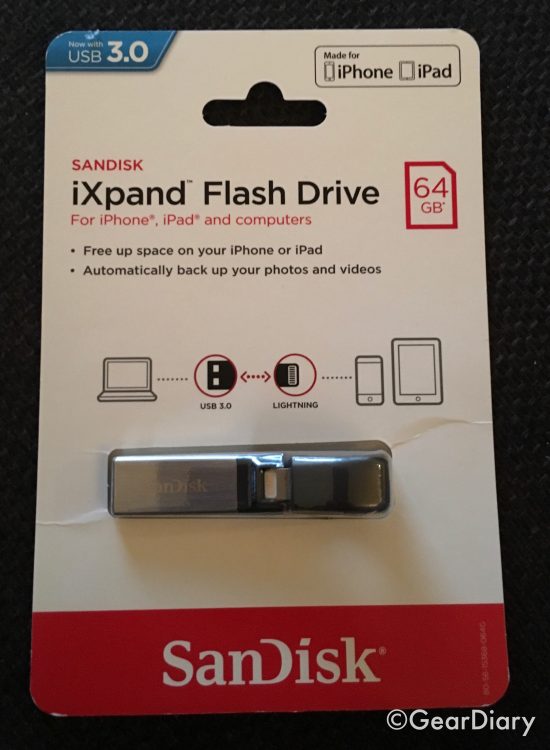 The iXpand Flash Drive makes it easy to expand your storage on the go by up to 128GB. (My review sample adds 64GB.) That, however, is just one of the uses for the iXpand Flash drive. It not only expands your storage but it lets you also free up space, automatically back up photos, back up contacts and move files from one device to another. You can even load it with space-hungry media such as high-definition video and watch movies without first needing to move the files to the iDevice. The iXpand Flash Drive supports a huge number of video formats including .WMV, .AVI, .MKV, .MP4, .MOV. (Obviously the drive won’t play DRM-protected content but that’s not something that is within SanDisk’s control.) Not only does the drive mean you don’t have to take up precious space on your iDevice but it also means you won’t have to worry about whether or not the media is in the correct format. Having run into this issue with videos over the years I love the fact that it can handle such a wide variety of formats.

Best of all, this powerful little accessory is amazingly simple to use.

“Designed to be the perfect companion for your iPhone, the iXpand Flash Drive offers an easy way to free up space on your iPhone, automatically backs up your camera roll, and even lets you watch popular-format videos straight from the drive. The drive has both a flexible Lightning connector that works with most cases and a USB 3.0 connector to plug into your Mac computer or PC so you can easily move your stuff where you want it.”

“The iXpand Flash Drive also includes encryption software that lets you password-protect files, so you can share your content while keeping sensitive files secure across your devices. Take all the photos and videos you want—the iXpand Flash Drive delivers a fast and simple way to free up space on your iPhone so that you’re always ready to capture more memories.”

The iXpand Flash Drive looks like someone took a short USB to Lightning Connector cable and manhandled it by forcefully bending the side with the Lightning Connector over so it touches the short section of cable. Obviously, this is not what happened and the design of the drive was entirely intentional. The device is 13mm wide, 59mm long and it weighs in at just 5.4g. Yes, it is a small device that can happily reside in your gear bag without adding any weight or bulk of note. 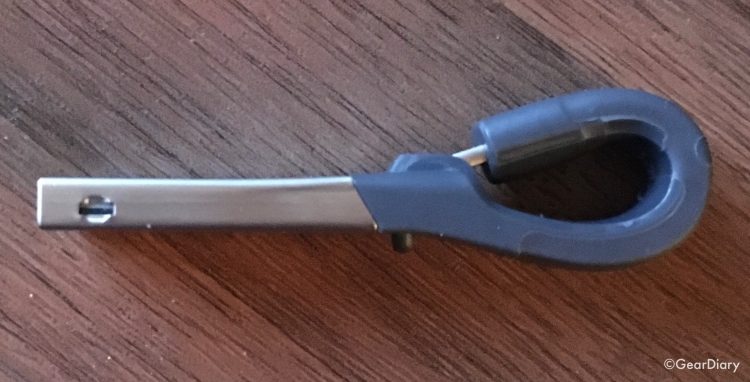 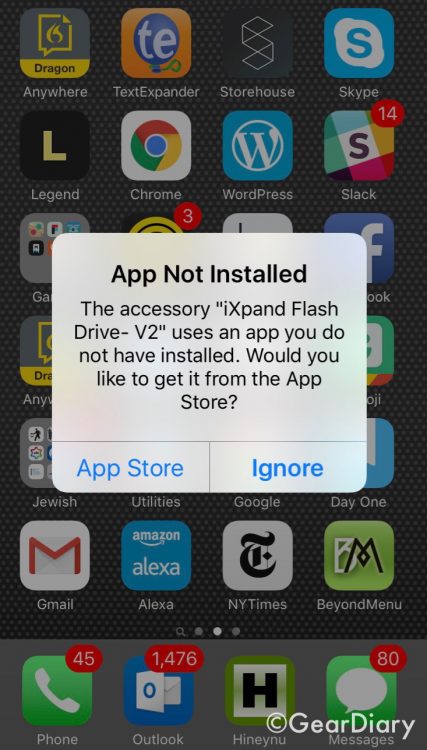 Getting Up and Running

As soon as the SanDisk iXpand Flash Drive is first inserted the iDevice prompts you to install the free app from the iTunes App Store. To get up and running you will first need to do this. The good news, of course, is that it takes just a matter of a few seconds. 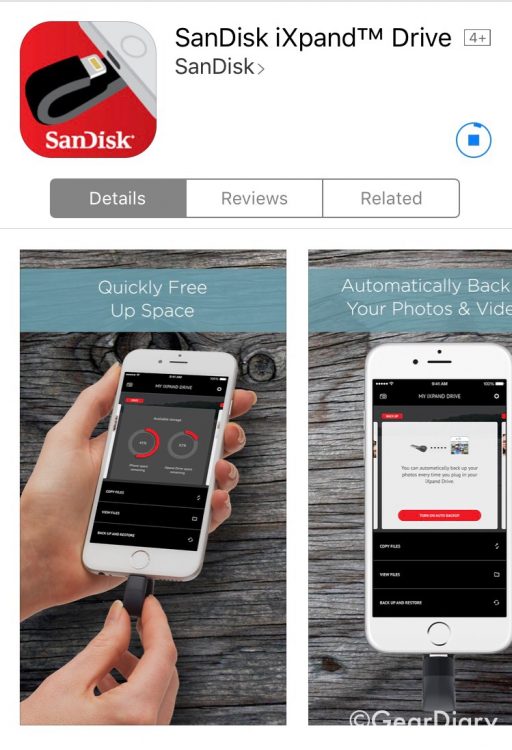 iXpand MOBILE APP: Available from the App Store, the iXpand Drive app makes it easy to manage your photos and videos and enables you to watch popular video formats directly from the drive. 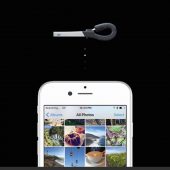 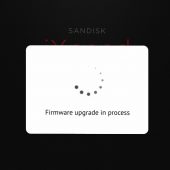 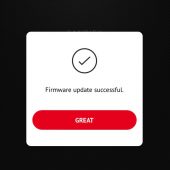 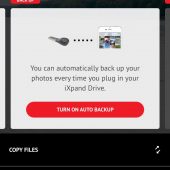 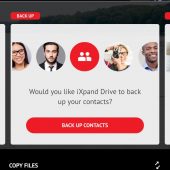 Once the app is installed you need to load it and follow the instructions that come onto the screen. Here too there’s good news, since the app walks you through the process of getting things going. The options are abundant! 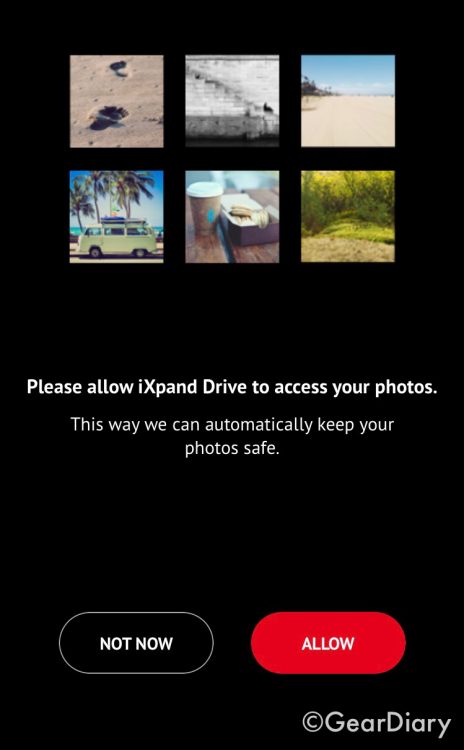 You can back up your photos to either secure them in a separate location other than your phone.

“Set the iXpand mobile app to automatically back up your iPhone or iPad camera roll anytime the drive is connected. No need to manually select which photos to back up. Every time you plug it in, it does the work for you.” 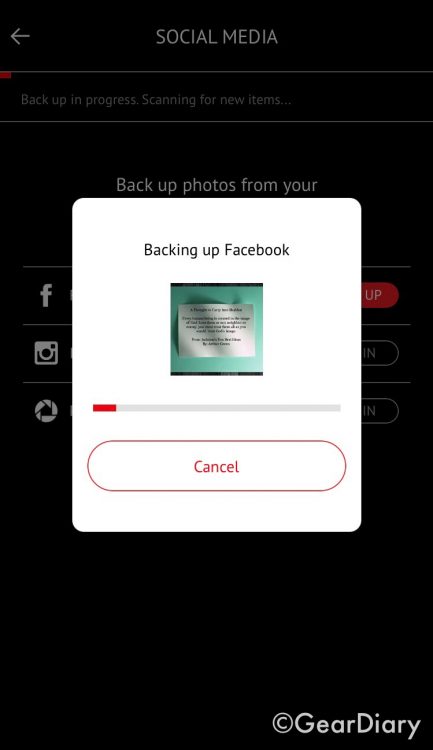 You can back up your content. You can even download and save photos from social media once you put in your credentials and give the app permission to access your accounts. 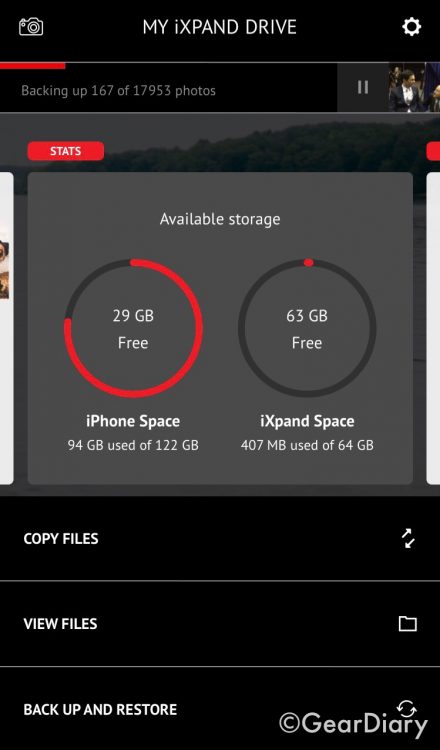 You can move content to the drive and free up space on your mobile device.

“Free up space on your iPhone or iPad quickly with the iXpand Flash Drive1. Simply plug in the Lightning connector and you can easily move photos, videos and other files off your device and onto the drive. From there, you can transfer the files onto a Mac computer or PC or store them on the drive.”

Best of all, the process of moving files from and to your computer when using the USB computer interface is fairly quick thanks to the fact that the iXpand uses USB 3.0 and its high transfer speeds. 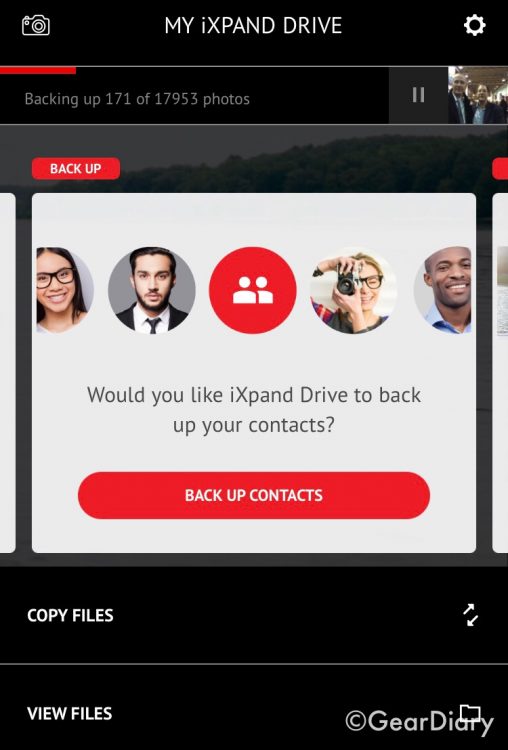 It can even backup your contacts!

Then there is the iXpand Drive app. It makes quick business of managing the photos and videos stored on the drive, It also lets you watch videos on your iDevice’s screen but played directly from the drive.

The iXpand Drive is compatibility with Windows Vista, Windows 7, Windows 8, Windows 10, Chrome OS, Mac OS X v10.8 and higher. That means it will work with pretty much any computer you are using. Available in a number of different sizes, the drive is a small but powerful tool for anyone who relies heavily on their mobile device for content consumption and sharing. I’m really pleased with the iXpand Drive and can see using it in ever-growing ways in the months to come. This is especially true as I am now shooting 4K videos which take up huge amounts of space and have sold my stand-alone camera. Yes, with my iPhone not only as my “go to” camera but now my “only camera”, it promises to get filled up fast. The drive is available in 16GB, 32GB, 64GB and 128GB capacities.

You can check it out here!

What I Like: Small; Easy to use; Does exactly what it promises; Saves space and media on your device; USB 3.0 for transfer to or from your computer; Plays wide range of media directly from drive on your device

What Needs Improvement: As far as I have seen, nothing