Posted By: David Goodspeed May 5, 2016
ShareTweet

One of the most anticipated new vehicles for me to drive this year is the Nissan Titan XD. This Titan is nothing like the previous fullsize pickup from Nissan and it is actually a little bit extra. Powered by an all-new Cummins V-8 turbodiesel, the 2016 Nissan Titan XD looks to shake things up in the pickup market. 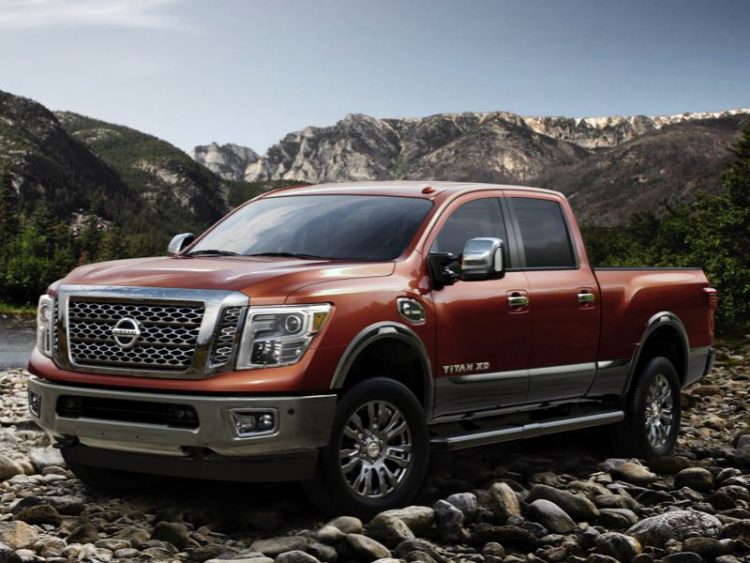 There is one caveat as I begin my analysis and review of the new Titan XD: The model Nissan sent me out of the press fleet was a pre-production unit and everywhere I found reminders of such in the form of printed disclaimers stating the prototype nature of this truck and that it represents what the new truck will be like but should not be regarded as a final product. Well, that means nearly anything I like or dislike may have been changed for the production units dealers are now selling. 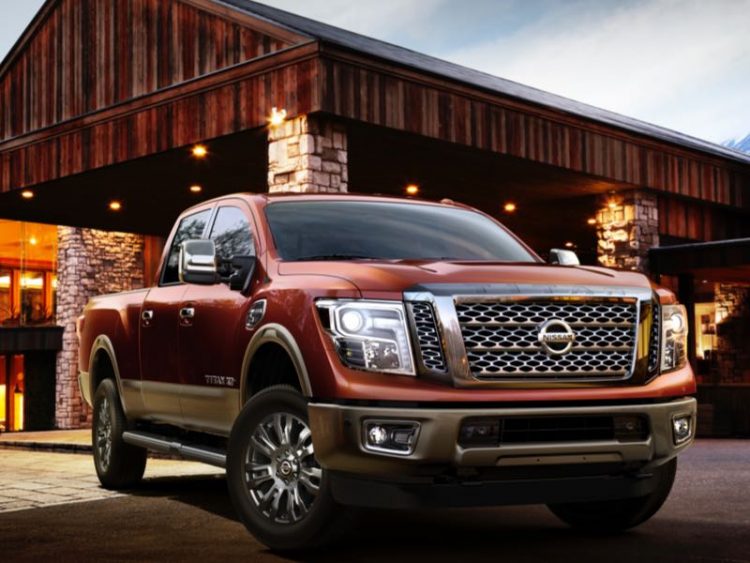 The 2016 Titan XD is not a half-ton pickup, it is actually a “tweener” that sits between the light-duty and entry heavy-duty pickups on the consumer market – hence the XD designation giving this truck its ‘Xtra Duty moniker. And since launch of the new Titan XD Nissan has announced a true half-ton version of the Titan that will arrive later this year and that all its fullsize trucks will also offer gasoline engines. 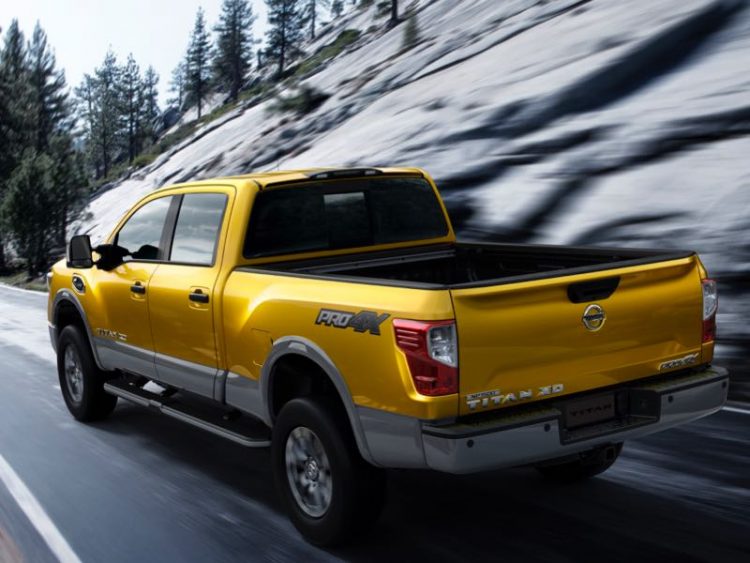 There is no real comparison between this 2016 Titan XD and the previous Titan pickup that lived in the Nissan fleet for more than 10 years. The two are worlds apart in styling, capabilities, comfort, and engineering. All manufacturers update technology as the model years advance so I will leave that off the table of comparisons. As much as I had been critical of the styling of the new Titan XD since its debut at the 2015 North American International Auto Show I found myself enjoying the ride and handling of this big truck drowning out any early misgivings I had. And Nissan has been winning accolades of the press with the new truck even when pitting it against the current flock of pickups. 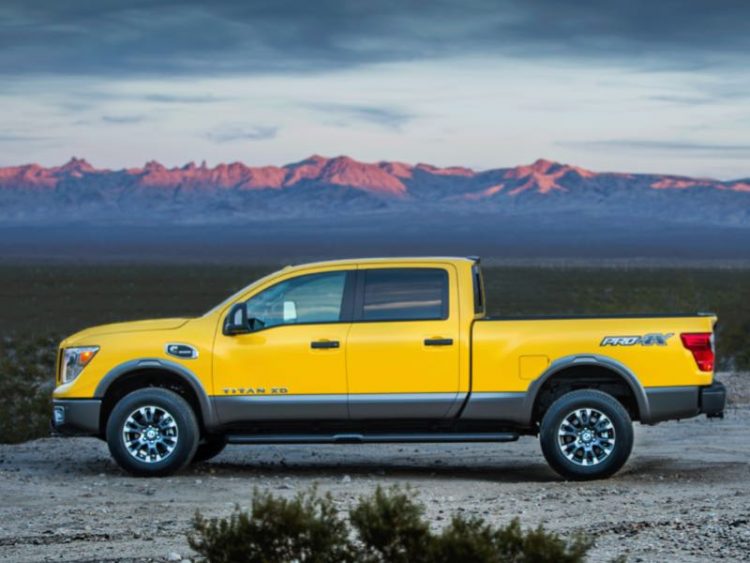 On first glance many find some familiarities with the styling of the truck, and I heard many comments of “Oh, it looks like the designers took a Ford and a Ram and combined them here,” etc. I concur with many of these opinions as I see different trucks and varying year model designs with each unique angle when viewing the Titan XD. And I guess when the automaker steals the truck boss away from a competitor there are bound to be some familiarities, huh?

Fred Diaz came out swinging with the 2016 Titan XD as his first big project at Nissan, and he swung for the fences. By most accounts, he hit a homerun. I still have some issues with styling but overall this new truck is a real champ. This truck is sturdy and it is stable and it is extremely smooth on the road, even in 4×4 form as our tester arrived. With the windows rolled up the cabin is extremely quiet – until you crank up the Rockford Fosgate 12-speaker premium sound system, that is. 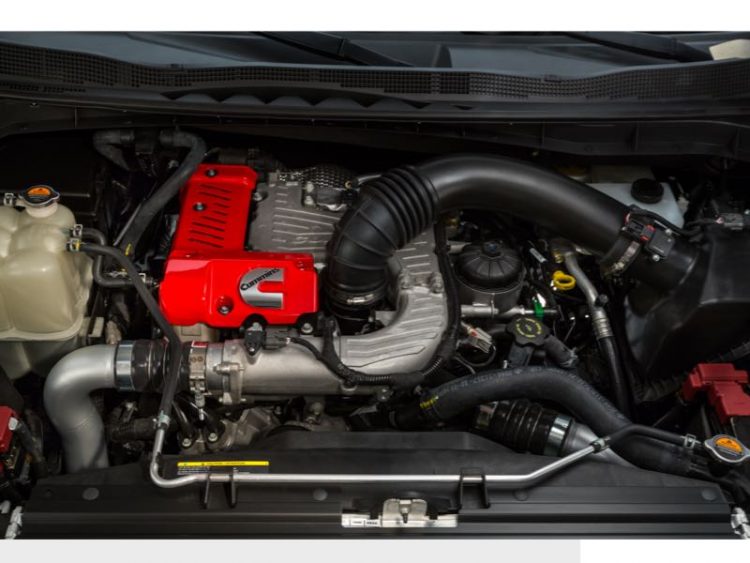 At launch, the 2016 Nissan Titan XD came in one body style (Crew Cab) and with one engine, the aforementioned Cummins 5.0-liter turbodiesel V-8. It cranks out 310hp and 555 lb. ft. of torque and it is mated to a heavy duty Aisin six-speed automatic transmission. The 4WD trucks feature a new transfer case designed to ensure maximum power distribution in every gear and other off-road features include hill descent control, hill start assist, and brake limited-slip differential. There is also a new off-road gauge that uses accelerometer data to calculate vehicle pitch and roll angles. 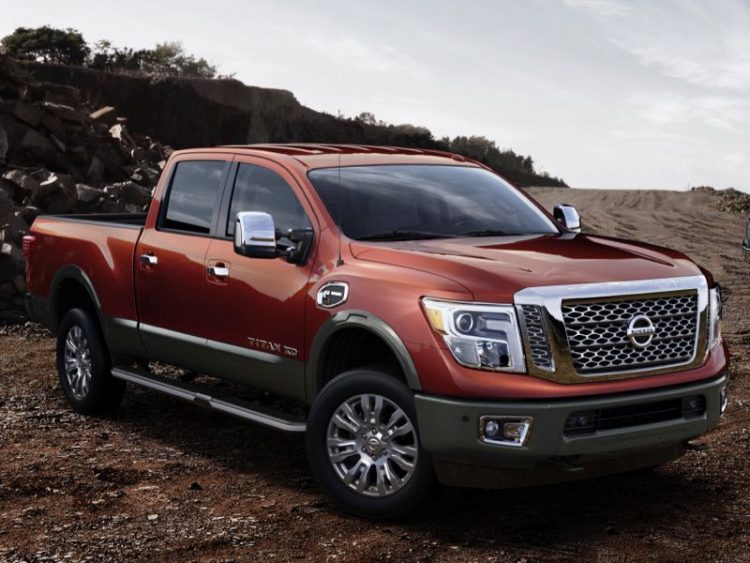 While most truck owners rarely tow or haul with their trucks, the Titan XD is ready to handle any task at hand. It can tow up to 12,314 pounds and carry a maximum payload of 2,091 pounds and it even includes an integrated gooseneck hitch engineered into the frame and easily accessible in the cargo bed. Some of the trailering features of the new Nissan include integrated trailer brake controller, trailer sway control, tow/haul mode with downhill speed control, and a trailer light check system. Assisting with trailer hook-ups is Titan’s rearview monitor with trailer guides along with the available around view monitor with moving object detection.

Titan XD feels very solid and stable while driving. It features a double wishbone front suspension with stabilizer bar and a rigid axle/leaf spring suspension system in the rear that uses twin-tube shock absorbers. The on-road ride is among the best out there for 4×4 pickups. Stopping the truck is just as easy as driving it thanks to 14.2-inch front/14.4-inch rear ventilated discs. The new Titan XD can be ordered with choice of 17, 18, or 20-inch aluminum alloy wheels. 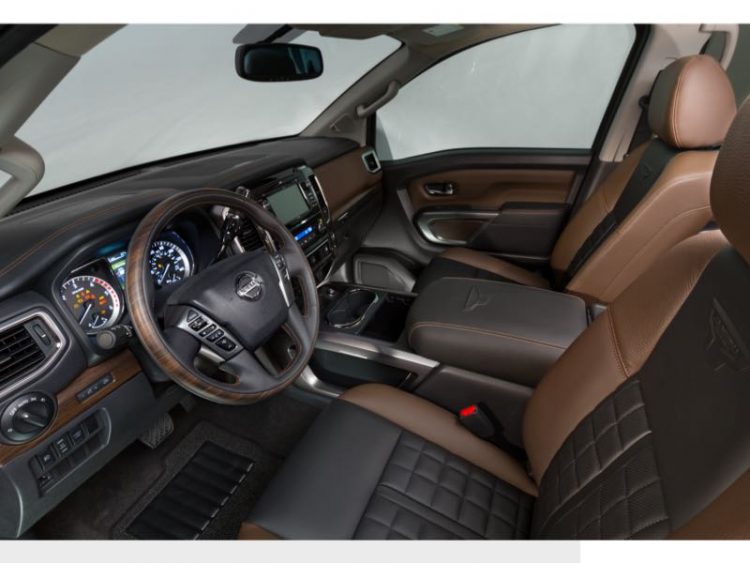 The 2016 Nissan Titan XD Crew Cab is the first of three cab configurations, two frame sizes, three powertrain offerings, and five grade levels. The tester that arrived for our impressions came with an estimated window sticker of $55,425, but again, this was a pre-production model and final units are subject to change for the showroom floor. No fuel economy is listed or given but we were reading 8 to 8.5 miles per gallon around town with the new Cummins V-8 turbodiesel. 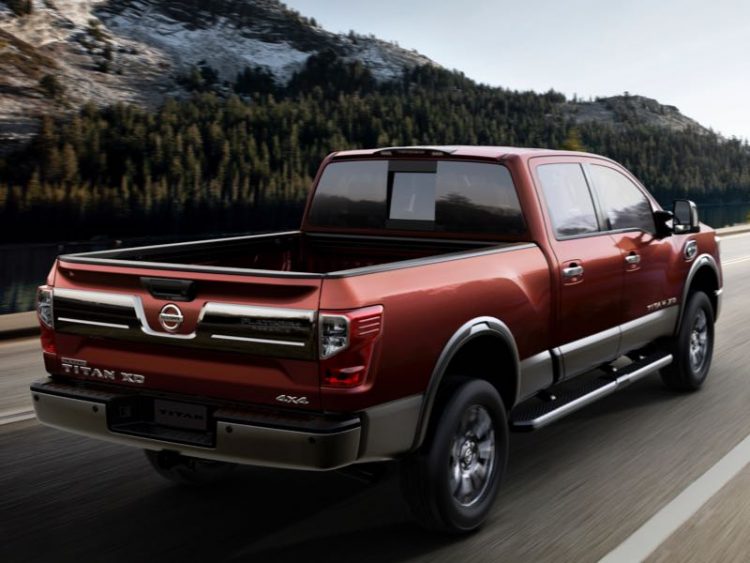 Honestly I cannot see much changing from this prototype unit to one every consumer can purchase at their local Nissan dealership and we did not find anything that really needed changing. This truck is long overdue and I for one hope Nissan can play catch up with the rest of the industry in terms of sales. The Titan XD is a great truck and put my initial misgivings to rest.