Back in 2013 the power trio of Tony Levin, Marco Minnemann, & Jordan Rudess released a self-titled album that was a joyous romp for shred-loving musicians, but went much further and deeper. Now they are back with a new album called “From the Law Offices of LEVIN MINNEMANN RUDESS”, due out on July 15th and available for pre-order! 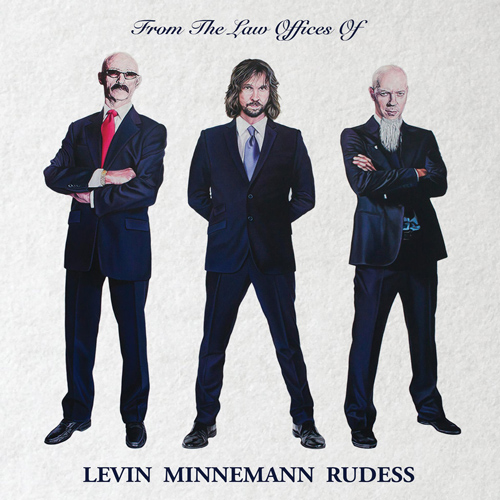 In my review I described their first album as:

“a powerhouse onslaught of uncompromising instrumental joy. Throughout the album there are tastes of prog rock from the 70s, 80s, and 90s as well as fusion, metal and pretty much every other hard-driving genre! For me the surprise was just how well it all worked as a cohesive whole given the disparity of parts and influences and backgrounds.”

You can pre-order the album in digital form as well as Standard CD, Digipak (CD+DVD) & Merchandise:

The pre-order options range from the simple MP3/FLAC version all the way up through a package that includes the original painting used for the album art and pretty much everything in between!

Check out the promo video: