If you haven’t purchased a portable Solid State Drive (SSD), then you might not know what you’re missing. When comparing an SSD to a Hard Disk Drive (HDD), you’ll find that SSDs are faster in every way, quieter, cooler-running, more durable (no moving parts to break), they have a smaller form factor, and bonus — they don’t require defragmenting.

SSDs offer many benefits over HDDs, which is why it’s becoming more common to see laptops offered with SSD only or as an (admittedly more expensive) alternative to a traditional HDD.

To be fair, HDDs are less expensive per memory unit, and they are readily available in larger memory capacities. For instance, the largest size portable SSD is around 2TB, and they aren’t cheap (~$800); yet you can get a 4TB portable HDD without breaking the bank (~$150).

However, even the best HDDs come with some cons. Because there is a spinning platter inside, even the quietest HDD will make some noise, and they can get hot while running. Because there are mechanical parts inside, it’s never a good idea to drop an HDD because those parts — including the platter storing the memory and the read/write arm that accesses the platter’s data — can become damaged from shocks or falls. Another downside to HDDs is that over time their moving parts can fail, rendering your stored files inaccessible without the help of special tools or a specialist.

Why the big lead up before bringing up the SanDisk Extreme 500 480GB Portable SSD? Mainly because I want you to understand why it’s so special.

Inside this pocket-sized 3″ wide by 0.4″ thick square that weighs just 1.5 ounces, there is a 480GB (actual number available for your use) SSD that can get up to 4 times the speed of a portable HDD; the rubber bumpers that wrap the drive are there to protect the shock resistant solid state core should you drop it. Go ahead and drop it; there are no moving parts inside, and it will survive the fall. The SanSisk Extreme 500 can even handle temperature extremes, both hot and cold.

On the bottom, there is a rubber flap that when pulled back exposes the USB 3.0 port; at the top, there is a metal ring that you can attach to a lanyard or clip in your bag.

There is a 9″ USB cable included; the only complaint I have here is that I wish USB Type-C was an option, as I would love to be able to use this drive on my MacBook without having to use an adaptor.

Speaking of options, the Extreme 500 is available in 120GB, 240GB, and the 480GB I was sent — each one of those numbers is the actual GB available to you for use — there is none of that false advertising where the manufacturer says it’s a 256GB when you only get 240, for instance.

I should mention that SanDisk Secure Access V3 encryption software comes included with the SanDisk Extreme; when you install it, you’ll need to use a password to access the files stored on the disk.

Let’s talk about speeds, because I know you must be as eager as I am to see where they stand. For comparison’s sake, let’s take a look at the LaCie Porsche Design HDD I recently reviewed, which also uses USB 3.0; these were the respectable speeds that the LaCie got during testing … 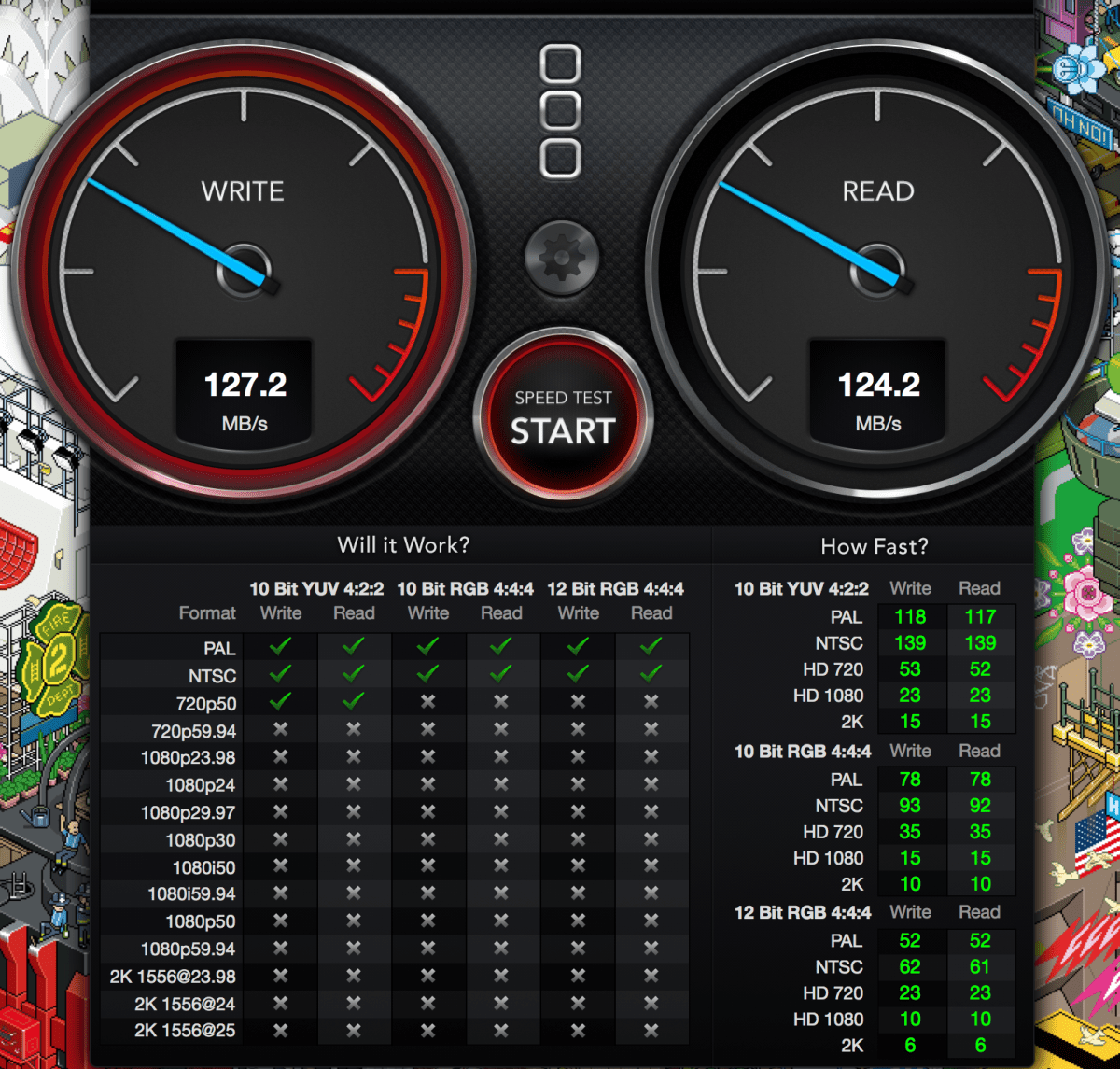 Are you ready for this?

These are the speed results I got when testing the SanDisk Extreme 500 480GB Portable SSD … which, WHOA, right? The SanDisk SSD red-lined my speed tester!

Those speed test results speak for themselves. If you have large files that need to be moved quickly, if you need a durable, quiet, and long-lasting way to keep them safe, then you need look no further than the SanDisk Extreme 500 480GB Portable SSD.

The SanDisk Extreme 500 480GB Portable SSD retails for $149.99, and it is available from Amazon [affiliate link] and other retailers

What I Like: Available in 120GB, 240GB, and 480GB sizes; Small, pocketable size; Metal ring on the end so that you can attach a lanyard or clip it to your bag; Amazing speed test results!

What Needs Improvement: I wish that a USB Type-C cable was an option without using an adaptor