As a user of the iPhone 6 Plus the past two years, I came to the conclusion I’m well due for an upgrade on my Apple Smartphone, and if you have been stuck using the same iPhone since September 2014’s models, you might want to consider upgrading to the iPhone 7. Here’s why. 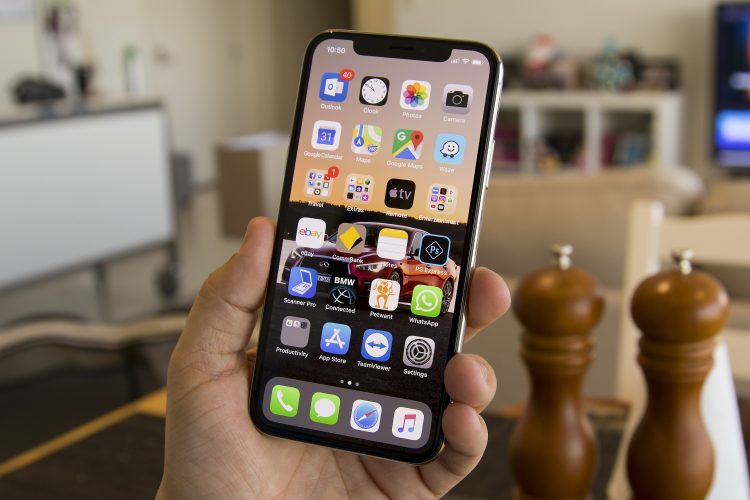 Over the course of the last 24 months, the iPhone 6 Plus has been not only my daily driver but the best iPhone I’ve honestly had since the iPhone 4s, my first ever iPhone. Typically not a fan of “S” model iPhones, I told myself I would never buy into a phone update that just gives you minimal upgrades, like a slightly different resolution and core processors like the 5 and 5s, or the more recent addition of 3D touch with the iPhone 6s Plus that my current iPhone 6 doesn’t have. After watching leaks develop over the past month, we’ve heard of key features that make the iPhone 7 a must have for a person like me who hasn’t updated, such as (credits to the sites provided):

What to Expect from Apple’s Keynote – Credits to iMore

If you follow many of these sites and news outlets like I do, you pretty much have a lot of the same information regarding links. But when I started to test Apple’s iOS 10 immediately after the Spring Keynote, I knew that I would have the latest and greatest iPhone in my hands, soon. But the question is, why? After asking a few of my Twitter followers and engaging in chats with friends, here are some of the things we discussed:

“How does the design differ from 6s? I had 6 and now 6s and I do feel the weight and durability of the phone definitely changed, but I don’t feel there are enough changes in 7 for me to “want” it bad enough to pay for it.”
Pretty much for the 7 ,there are things like no headphone jack that turn people off, but for a Bluetooth headphone guy, I love it. And the fact that they have plans of making it waterproof!!!

“That is a game changer but I don’t think they will; wouldn’t they lose so much money?”
I doubt they’d lose money, but customers technically save money they would’ve normally spent on bulky cases that ruin the overall look and design of your phone. I am always spending way too much on cases, and I have a drawer and a half full of them, so not having a case is dangerous, the fact that I can now just put a slim iPhone case on my phone instead of making it bulky in a “waterproof case” is pretty cool. But that comes tenfold, because I fully expect Apple to up their insurance prices, and so will cell phone providers as well.

“I’ve been hearing talk of there not being a slot for the earphones, will Apple provide Bluetooth accessible earbuds? Or are you not able to charge your phone and listen at the same time?”
From the look of things, all signs point to the iPhone 7 not having a headphone jack at all. Apple is infamous for causing a stir removing items that people have invested in to make their own products function better, it means that consumers will have to deal with paying for more products (30-pin connector adapter if anyone can remember). I’ve read tweets from people saying “I will never purchase a smartphone that doesn’t have a 3.5mm jack”, and while that will be true, a lot of people said the same about computers without floppy disk drives and more recently devices without ample ports. A lot is the same with smartphones.

Saying that to say this, I’m almost certain Apple has thought this through and will include “Airpods” or some variant of wireless headphones for its customers. If they don’t and decide to charge $149 for them (which sounds like an Apple-like thing to do), there are more than enough third-party manufacturers who will make products that will simultaneously let you charge and listen at the same time if you refuse to go wireless. I personally will take a potentially water-resistant, thinner more durable iPhone at the expense of losing the headphone jack.

“Wireless headphones are obviously an option for people who commute, but what about us drivers who use an auxiliary cord?”
A lot of my friends are griping with the situation of having audio in their cars, as well as charging the device simultaneously with the iPhone 7. While I’m not completely sure a lightning connector + 3.5mm jack adaptor is good, even as an Apple fanboy I have to come to terms with the fact that Apple makes sure the consumer will buy a new accessory to fix a new problem. Plenty of people think it’s a cash grab by Apple, but imagine how many companies will make a similar product, which means more business for them. The worst answer I could give is that most newer cars have Bluetooth, which Apple is for sure going to highlight tomorrow on top of whichever CarPlay features they decide to mention.

“Do you upgrade the bigger iPhone 7 Plus or go to the smaller iPhone?”
I think my reasoning for the iPhone 7 Plus is a bit better than what it originally was with the 6 series model. When Apple announced the 6 and 6 Plus, the only reason I got the 6 Plus was because it was a larger phone, something I envied about Android devices. Now that I’ve been able to enjoy the larger phone, I still love it, but I wanted a bit more out of the device, specifically the camera. While the Plus model is a bit cumbersome to use, there are certain elements where the screen retail shines, such as GPS while driving, and obviously, media consumption like Plex and Netflix when my iPad Pro isn’t currently on my person. Also, I feel like Apple is pretty consistent in shortchanging customers for going small (I.E. 6s Plus has image stabilization, iPhone 6 model doesn’t) so I just naturally go for the phone with more features, which typically is the Plus.

So exactly what makes the iPhone a necessary upgrade for an iPhone 6 and iPhone 6 Plus user? Why not just wait until 2018 when the rumored 10th Anniversary iPhone comes out?

A lot of the information that brings me to my conclusion on upgrading is completely based off of speculation and “the rumor mill”, but it’s worth noting that ever since Tim Cook has taken over the reins for Apple, their “leaked information” has been pretty spot on the past few years. While iOS 10 works with a lot of older iPhones, it feels like a software made for the 6s and beyond. And while the iPhone 6s Plus wasn’t for me, if the iPhone 7 can somehow make my experience with the iPhone better, even for a year before this “tenth anniversary” device, I’m sold. I will be sitting front and center, like the Apple Fanboy I am, awaiting the news.

You can check out the Apple event at 10am PDT (1PM EST) Wednesday, September 7th live from any Apple device on their stream.

If you don’t have an Apple device, I would advise checking out iMore, iDownloadBlog, 9to5mac, and The Verge as they will live blog it directly from their sites.