It was just three years ago that we reviewed the then all-new, second-generation Kia Forte sedan. We proclaimed our amazement at how far the Korean automaker had come in a relatively short time in this market, as well as just how good the new Forte was. Fast-forward to model year 2017 and the Kia Forte gets a makeover. 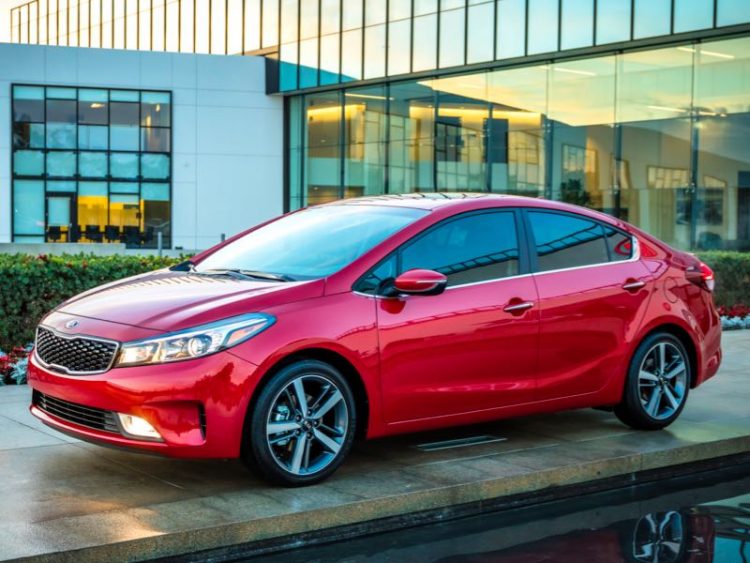 The 2017 Kia Forte arrives in sedan, coupe, and five-door hatchback form as before but features even more European sport-sedan styling. There is a new front bumper and “tiger nose” grille integrated back to the headlights similar to big brother Optima and the car overall seems to have a more fluid appearance. Not to the extreme of corporate partner Hyundai’s fluidic sculpture theme but headed in that direction it would appear. There is still enough Kia left in the new Kia Forte styling and a new S trim level offers buyers an even sportier look. We recently tested the top trim level EX, and while this was still a small car, the Kia Forte always seemed to have big aspirations. 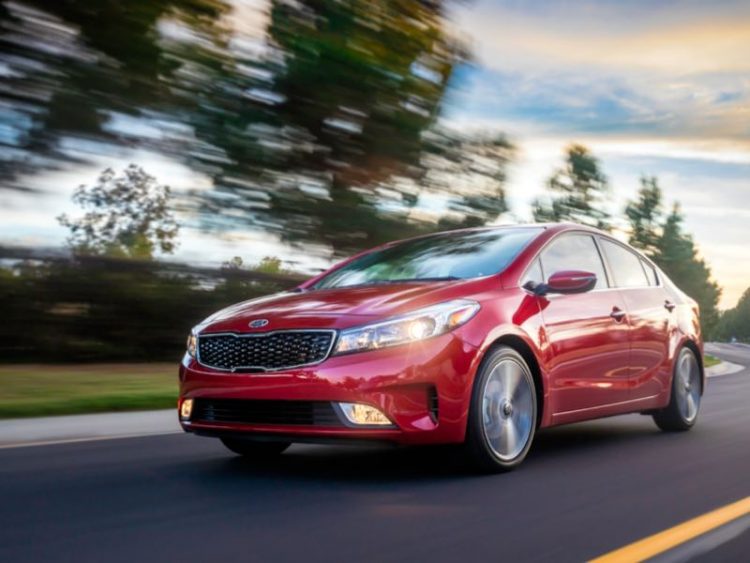 I don’t think Forte is going to steal any sales away from the Optima sedan, as that vehicle should be a top choice in that segment for consumers, but the compact has gotten a bit bigger in recent years and the new styling makes it almost seem as if you are driving a midsize car. Even the EPA rates the interior space of the new Forte as midsize while still riding on a compact chassis.

Another significant upgrade for model year 2017 is a larger base 2.0-liter Atkinson four-cylinder engine. It replaces the 1.8-liter I-4 from previous models, and the new engine generates 147hp and 132 lb. ft. of torque. The confusing thing is that Kia offers an upgrade powertrain that is also led by a 2.0-liter four-cylinder engine in the form of a GDI (gas direct injection) engine. It makes 164hp and 151 lb. ft. of torque. Our EX tester featured the GDI motor mated to a six-speed automatic transmission. 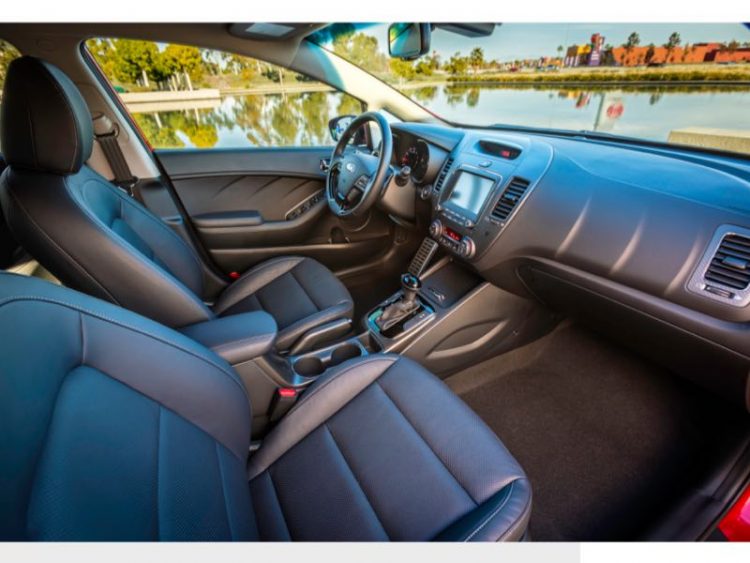 New looks and upgraded powertrains are just the start as the 2017 Kia Forte also receives a host of technology improvements and enhancements, most of which are available in the EX model. Advanced driver assistance technologies now offered include autonomous emergency braking, rear cross traffic alert, forward collision warning, and dynamic bending light headlamps. Other technology highlights include a 7-inch color touchscreen display hosting a suite of smartphone apps and functions including Android Auto and Apple CarPlay along with the latest UVO3 telematics. 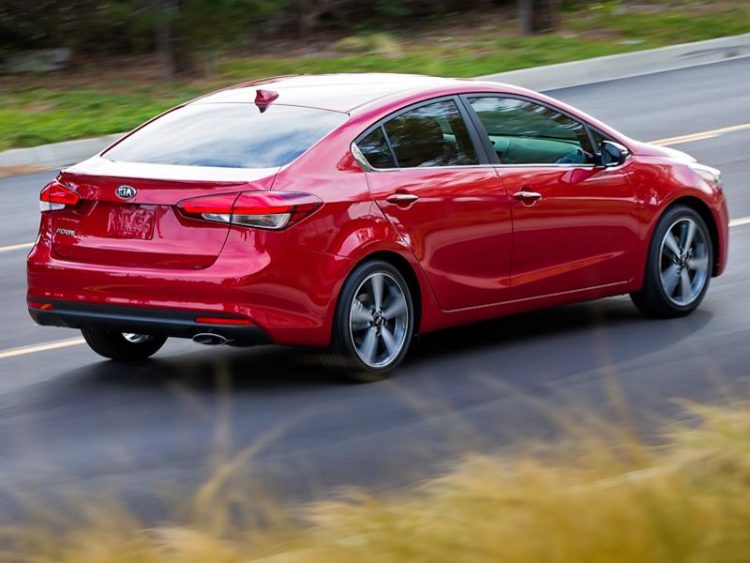 Everything we liked about our first drives of this new generation Forte hold true in the upgraded 2017 model. It is comfortable, offers ample interior space for driver and occupants, features the latest infotainment features for convenience, and is nicely quiet and smooth driving in mixed road conditions. At some point, I would like to see Kia come through with a sportier powertrain for the Forte and perhaps we will see that in the next couple years as Hyundai just launched a little turbo in its small car. Pair it to a manual gearbox and Kia might just be able to go after the German automakers as well. 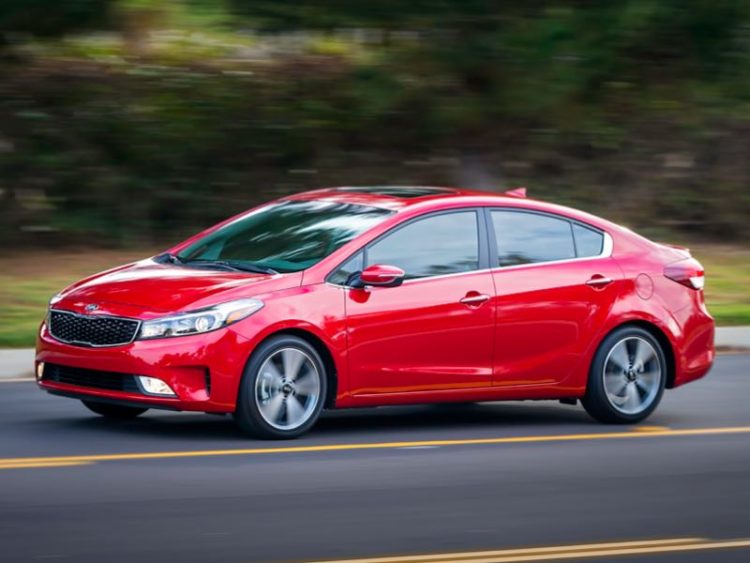 Pricing for the 2017 Kia Forte sedan begins at $16,490 for the base LX model with manual transmission. Our EX tester arrived with a blank space for final pricing but our math shows it to feature a starting MSRP of $21,200 and Kia added the premium plus package that costs $4,490. My ciphering brings that tally to $25,690. Fuel economy for the 2.0 GDI engine is 25 mpg city and 33 mpg highway. Surprisingly that is not quite as good as some larger competitors. 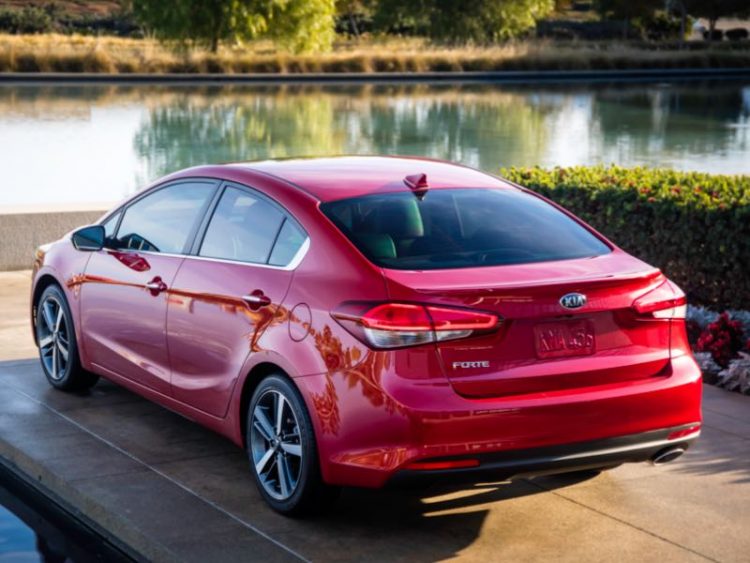 I understand why automakers update vehicles in mid-cycle but we found nothing lacking in the total makeover from a few years ago. Even Kia admitted they were seeing rising sales of that model. Perhaps those numbers were not growing fast enough for the corporate number crunchers but there is nothing wrong with the new styling and the new tech is always welcome and the Forte is even more competitive (and more attractive to buyers) because of it.