I am a big fan of strength training in various forms. When we had a gym membership, I spent quite a bit of time following Stronglifts 5×5, and now that I work out more at home my routine is a mix of calisthenics and kettlebells.

It’s easy to measure progress when it is just “add another weight to the bar”, but obviously bodyweight and fixed weight workouts are trickier. Beast is a sensor that can measure power, velocity, and other aspects of exercises to better determine your progress and ultimate success! 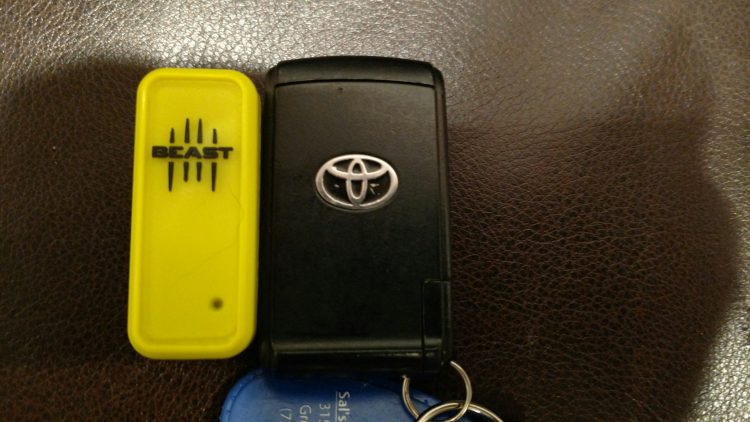 Beast is a fitness tracker with a twist; instead of measuring your steps, or monitoring your cardio via running and cycling, Beast is far more interested in measuring your strength training. Tracking weight lifting is a tricky one because there are more varied movements involved than just steps. So instead, you tell Beast your planned workout, and the software interprets how you did based on the exercise in question. It’s not an all-day training tool, just one you strap on during your actual training session. Beast measures power and speed, so you get a better idea of how explosive your cleans are, or how much power you put into that squat.

I am slightly familiar with the idea of measuring power and speed, because when I was in physical therapy for an ACL surgery several years ago they had a machine that measured how hard my bad leg could kick versus my good leg. It looked really cool, so I was all excited when I had progressed enough to try it…until the results popped out and it turned out my left leg was only 60% as strong as my right leg. It has definitely gotten significantly better over the years, but the Beast sensor offered another opportunity to see how things have improved.

Before we get to the part where I gave my left leg a pop quiz, let’s review how the Beast sensor works. It comes with an adjustable wristband (a chest strap is also available), and the sensor itself is about the size of an extra-large pack of Extra gum. Basically, it’s a little chunky, but once you get the wristband adjusted it’s comfortable [mostly]. It connects via Bluetooth to a companion app, which is how you track your workout as you go. Unfortunately, the Android app does not currently allow you to create a workout in the app, you need to first head to their website to set up your workout plan. The extra layer of work is a bit of a pain, but if you followed the same general workouts regularly it wouldn’t be too terrible. You can pick workouts on the fly in-app, for those times when you want to spontaneously change things up. Beast ships with the wristband and there is an optional chest strap, plus the sensor is magnetic, which helps hold it in place. It also means you could (in theory) put it on the stack of weights on a cable machine as another way to measure your power.

So once you are on their website, you can set up your workout plan. Beast has a number of workouts already entered, and you can also program in your own. If you add your own, it asks a few questions so the sensor and app know what they are monitoring. You indicate if it’s unilateral (one limb), as well as whether it qualifies for “velocity based training” or VBT. This a movement that focuses on one smooth motion, instead of a compound set of movements. In other words, a kettlebell swing is a VBT motion, while a kettlebell clean and press is not, because the latter includes a pause and a second movement. You tell Beast how many reps you plan to do, as well as the intended weight, and you can also indicate if you’re looking for data on something specific, like velocity or max strength. 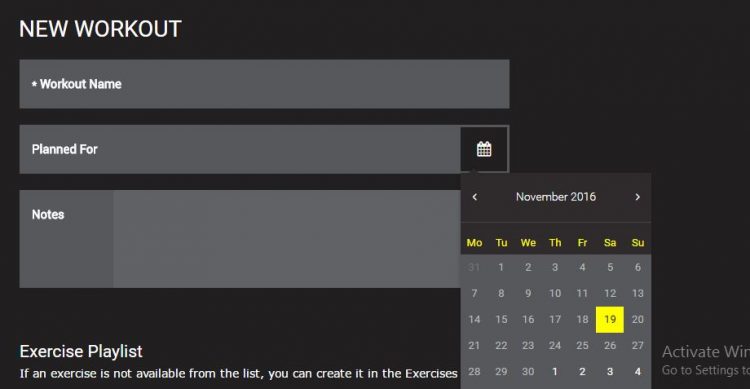 The Beast sensor works by measuring movements in the vertical plane, so for squats, lunges, and most barbell/dumbbell/kettlebell work, you’ll want it on your wrist. However, for pulls and pushes, like pushups, pull-ups, and horizontal rows, you need it on your chest. Beast sells a chest strap, though for once ladies have a slight advantage here because in a pinch you could probably tuck the sensor into a sports bra. It wouldn’t be as secure, but it’s certainly a possibility. Also, just a tip I learned the hard way —if you’re using a kettlebell, flip the wrist band so the sensor is on the inside of your wrist, or you’ll have a Beast shaped bruise from the kettlebell smacking into it. I learned that the hard way. Twice, actually, because I’m a slow learner. 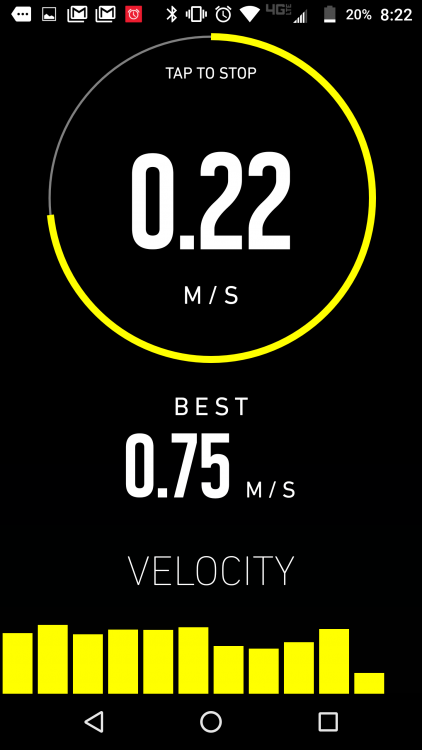 Here’re some examples of the data I received from a recent workout. I did kettlebell snatches, kettlebell shoulder presses, and split-squats. Unfortunately, there’s not much detail from the app, but you can drill down on the site and see your various stats and spot patterns. I’m right-handed, so it isn’t shocking to see that the more powerful set of reps came from my right side snatches and presses. Surprisingly, based on the power measurements in the split-squats, my left leg was slightly MORE powerful than the right, so apparently I owe my physical therapist a gift basket.

(Yellow was my left leg, orange was my right)

Overall, I liked Beast, but I think it fits best for barbell/dumbbell/kettlebell lifts. While it is possible to use it for bodyweight movements, it’s a little bit tougher due to the limits of the sensor. When I do calisthenics, it’s a mix of movements, and to best track everything would require moving the sensor from my wrist to my chest and back again. I also feel like the limited exercise list already programmed into Beast favors weights, which makes a lot of sense. It’s much harder to have a sensor measure, say, handstand form than it is to have it measure a deadlift.

Beast is very aware of the importance of show, not tell, and their site has some excellent tutorial videos, like this one that walks you through an entire workout (it’s a bit long but you can jump around for the highlights):

If you do use barbells and dumbbells a great deal, I think Beast is a very strong companion to use in the gym. It can be a bit finicky to set it up correctly at first, and you do need to work ahead on the site first if you’re the type that likes your workout pre-planned. However, Beast fits with a market that’s been left behind by many fitness trackers, because a Fitbit is a nice device but it doesn’t do you much good while throwing around iron. It’s not cheap at $249, but that’s in-line with what runners pay for a GPS watch, and like those, this is a device that can offer serious improvement in athletic performance. If you’re the type who reads Henry Rollins’ “The Iron” while smiling and nodding, you can’t go wrong giving the Beast a spin!

What I Liked: Built for a different fitness niche than just cardio; Excellent battery life; The sensor is quite accurate; wristband is comfortable; Connects quickly to the app; The app has a number of exercises pre-programmed in and more are coming.

What Needs Improvement: Can’t design a whole workout on the app; Need to use the site to view detailed workout information; Sensor can interfere with kettlebells.