Mid-size sedan sales have taken a bit of a dip over the past year or so with consumers opting instead for vehicles on the crossover utility side of showrooms. But it is not for lack of trying as sedans such as this 2017 Mazda6 from Mazda are some of the best yet produced by automakers. 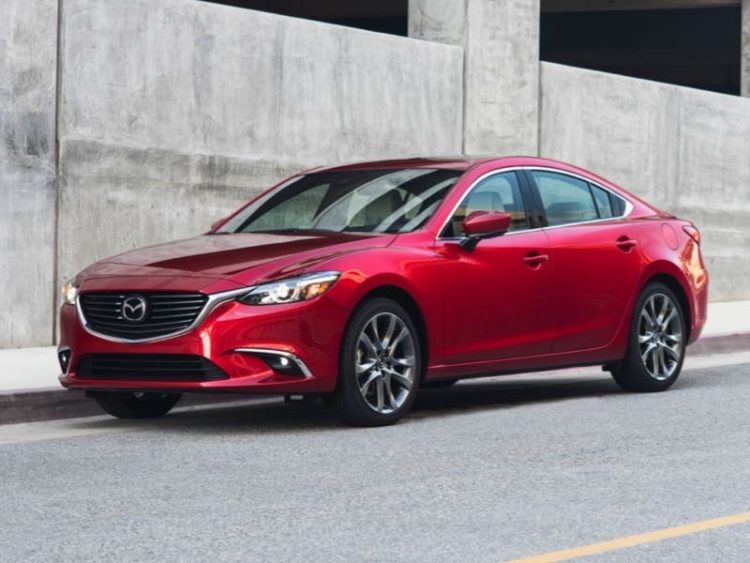 The midsize sedan segment is crowded with worthy vehicles loaded with new technology, comfortable driving experiences, and value-based packaging. So how does one go about garnering attention and, more importantly, consumer dollars? You build the Mazda6.

Mazda6 appeared a little over a decade ago as the replacement for the smaller 626, and in that time the automaker has made valiant attempts at grabbing marketshare from key competitors Accord, Camry, and Altima, but that “other” Japanese automaker never saw the volume of those big three. Mazda introduced the third-generation Mazda6 to the world in 2011 and over the past two model years it has received some serious styling and technology upgrades. 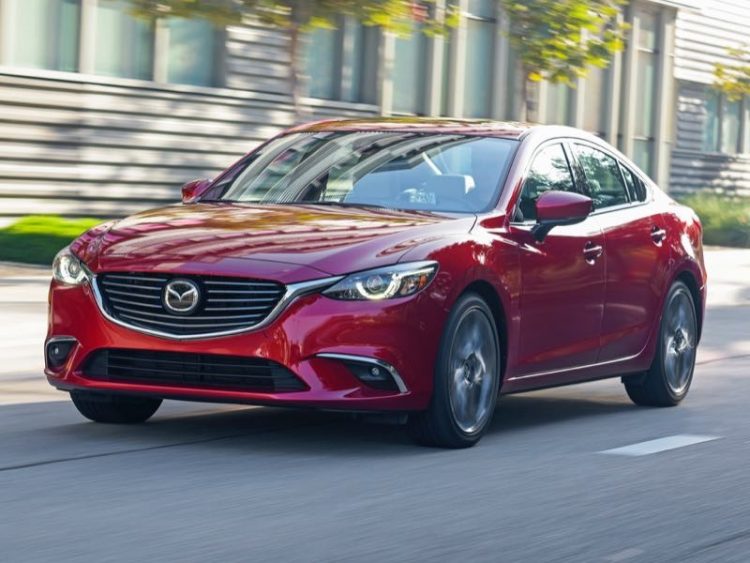 Our recent 2017 Mazda6 Grand Touring tester was strongly influenced by the Takeri Concept that made the auto show rounds a short while before release of this third-gen 6. Architects followed the KODO “Soul of Motion” design language in creating the unique looks of this car making it perhaps the most attractive vehicle on the road in its class. 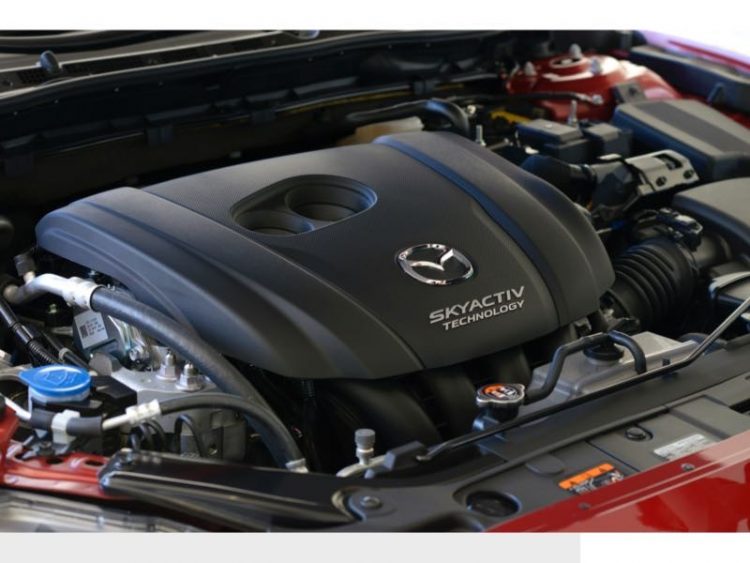 Adding to the allure of the new flagship Mazda sedan is a radical powertrain approach by engineers in doing away with a six-cylinder offering and giving the sedan its Skyactiv-G 2.5-liter four-cylinder engine that produces 184hp and 185 lb. ft. of torque to the front wheels while delivering a nice 28 mpg city and 35 mpg on the highway, and all in royal comfort for up to five adult occupants. All models are offered with choice of six-speed manual or automatic transmissions with our loaded Grand Touring tester arriving with the latter that included steering wheel shift paddles and manual shift mode. It was outfitted with 19-inch alloy wheels shod with all-season rubber. The car utilizes electric power steering and features independent front and rear suspension with stabilizer bars fore and aft.

The Mazda6 sedan offers a host of creature comforts, safety features, and new technologies designed to improve the driving experience. Among these is the new G-Vectoring Control for more accurate and better controlled cornering by utilizing engine torque in response to steering wheel action to better control the lateral and longitudinal acceleration forces. There is also a new steering wheel design brought over from the new Mazda CX-9 as well as Traffic sign recognition, lane keep assist, high beam control, and full color active driving display.

Other standout features include new i-ELOOP regenerative braking similar to that found in hybrid vehicles with energy recaptured during braking and sent back to the electrical system, active grille shutters that close at highway speeds improving aerodynamics and with it, fuel economy, and Smart City Brake Support with collision warning to alert and aid drivers in avoiding collisions under 20 mph with automatic brake application.

Inside the cabin is a comfortable cockpit with leather seating (thanks, GT) and a host of amenities including Bose premium 11-speaker sound system with satellite and HD radio, Bluetooth connectivity and auxiliary inputs, 7-inch color touch-screen display with Mazda Connect infotainment system, navigation system with voice recognition, push-button start, and active driving display. Mazda engineers also went back to the wind tunnel to find areas where they could further reduce road and wind noise for the quietest Mazda6 yet. 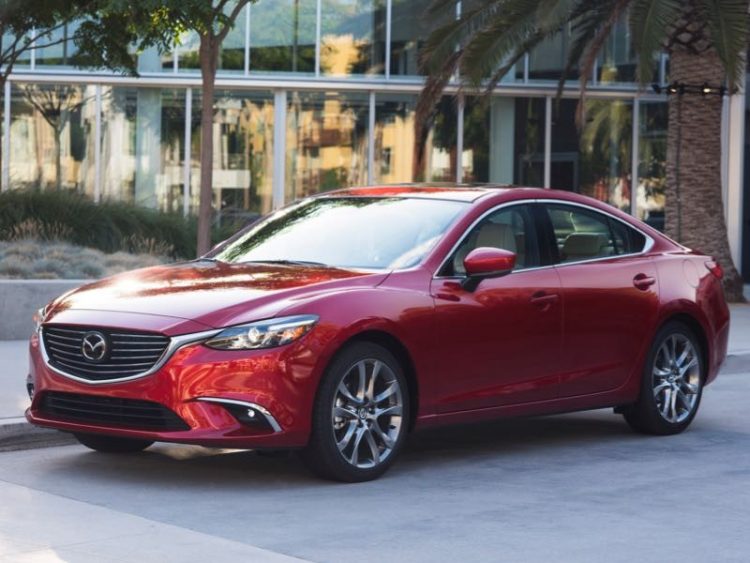 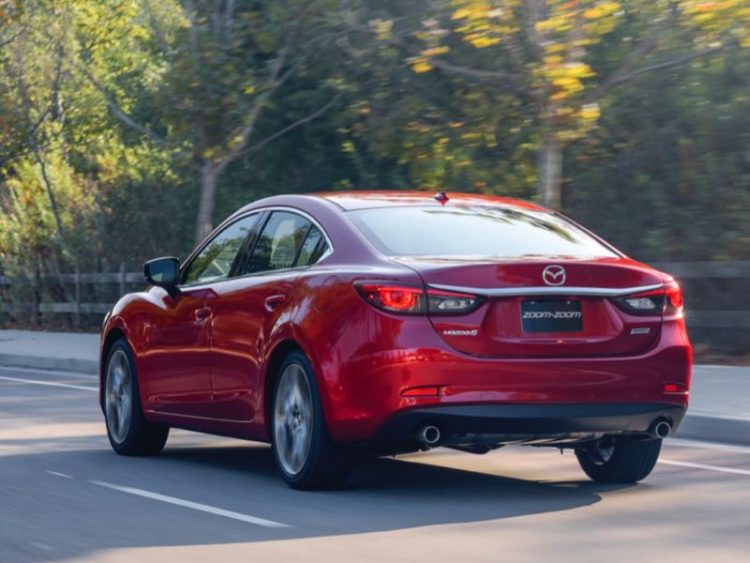 Mazda has taken a big swing for the fences with the new Mazda6 and from everything I discovered during my week behind the wheel they have hit a home run. The car is fun, dynamic, smooth, and quiet and, in my opinion, one of the sbest-looking midsize sedans on the road today. All of this should help swing buyers back to the sedan side of the showroom.