Continuing their vision of quality truly wireless products, Bragi, the company behind the World’s first Hearable unveiled the next generation of their devices with the announcement of two new products.

Once a very popular Kickstarter product made successfully, the Bragi Dash was met with critical acclaim by many. So Bragi wanted to take the extra step by announcing today the two newest members of their family, the Dash Pro tailored by Starkey, and the Dash Pro. 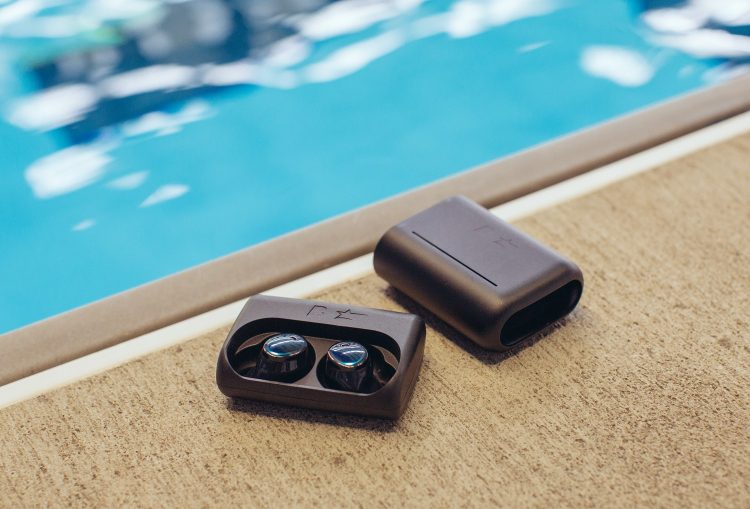 The Dash Pro tailored by Starkey is the World’s first Custom-Made Wireless Ear Computer, which promises a personalized experience while The Dash Pro is a completely re-engineered sequel to the Dash that promise to get rid of little quirks that may have annoyed customers that purchased the previous model. Bragi’s mission behind the two products is to bring artificial intelligence, mixed reality, and cognitive learning to help improve the quality of life for everyone who uses their products. By partnering with companies like IBM, BMW and iTranslate, Bragi plans to set itself apart from the rest of the wireless audio products based on the technology inside of them.

“The Dash Pro tailored by Starkey and The Dash Pro are the most intelligent devices of their kind, representing incredible advancement and achievement over the last 18 months,” said Bragi Founder & CEO Nikolaj Hviid. “These magical devices have seamless Bluetooth pairing and connectivity, a longer-lasting battery life and groundbreaking achievements like real-time language translation powered by iTranslate, a 4D menu allowing users to go hands-free and integration with IBM Watson’s famed AI. We’re excited to enable people to do more.” 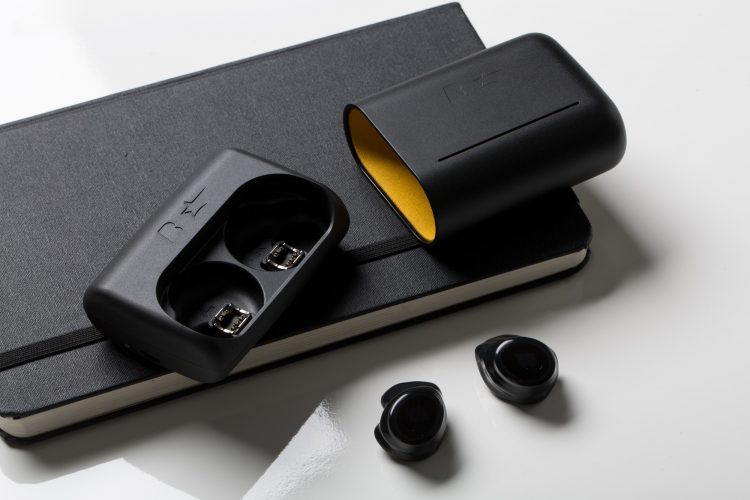 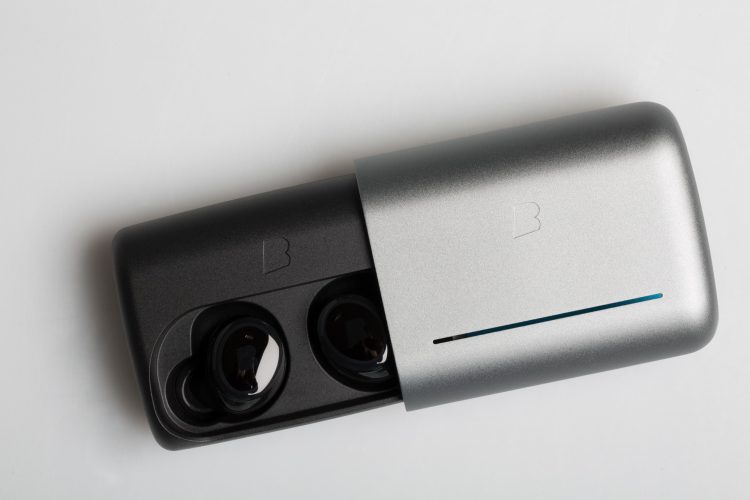 The Dash Pro on the other had is a substantial upgrade from the previous model. Offering professional grade Bluetooth connection quality, this is one of the most asked about features (even from myself) that Bragi needed for their next product. Carrying up to five hours of battery life on a single charge and five charges up to 30 hours on the go, the Dash Pro look to take on the Apple Airpods, and any other competition with all of its features such as the Dash AI, 27 sensors, and a new advanced audio codec with reduced white noise that promise you stronger bass and a better seal. 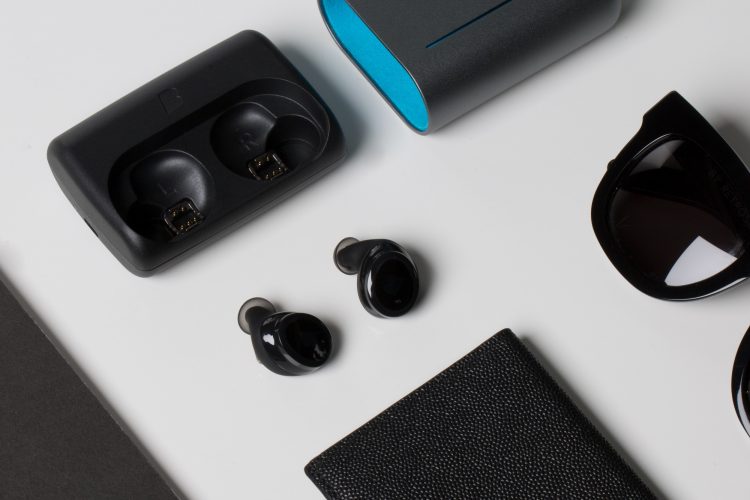 The Dash Pro has gone through some cosmetic changes as well, as the Aluminum slider is now gun-metal with a Bragi Blue or Starkey gold leather inlay on the inside. The Dash pro headphones themselves are exclusively black and the price is only $329. Available now, you can head over to the Bragi shop to purchase today.

Finally, if you already have a pair of Bragi dash products, or look to buy either of their new products, there is their latest BOS 3, or Bragi OS 3 update, which is the fourth major update for their products. Coming pre-installed in the Dash Pro tailored by Starkey and the Dash Pro, BOS 3 will have the following features:

Virtual 4D Menu – The Virtual 4D Menu is a unique hands-free, head-gestures (and audio only) based, way of interacting with The Dash Pro tailored by Starkey, The Dash Pro and The Dash, giving users the option of accessing core features in situations where their hands are preoccupied with other things.

Easy Bluetooth Handling – A simple one-touch setup connects your Android, Apple or Windows device in a matter of seconds. The six-digit confirmation code has been removed while a secure connection is maintained. The menu for Bluetooth Classic and BLE connections can be now found on the right earbud, leaving the left earbud for third party Apps integration.

Auto Tracking – The Dash now understands whether you are running, cycling or swimming so the user can keep track of workouts automatically without ever pushing a button. This marks the first A.I. powered skill that simplifies the UI and makes fitness tracking hassle free.

Simplified Touch Interface – The Touch UI has been simplified and made more ergonomic to use. Additional “Use Guides” support the user to easily connect to The Dash and explore its smart capabilities.

Offline Storage and Data Transfer – Activity sessions are now stored and transferred to the Bragi app automatically so they can be accessed for future use.

Bragi also has made light of some GREAT updates to both the Dash Pro tailored by Starkey and the Dash Pro you really should check out because now both models allow the user to:

–          Leave the USB cord behind. With up to five hours of battery live and 30 hours on-the-go, The Dash Pro tailored by Starkey and The Dash Pro users never need to go outlet hunting.

–          Carry a conversation in multiple languages. The Dash Pro tailored by Starkey and The Dash Pro are now compatible with iTranslate.

–          Enjoy a run, swim, or bike ride with auto activity tracking. The device recognizes the activity so users can keep track of their workouts automatically without pushing a button.

–          Visualize your workouts from within the Bragi app including current performance and a detailed breakdown of past activities.

–          Get wet! The Dash Pro tailored by Starkey and The Dash Pro are waterProof in up to three feet of fresh water. 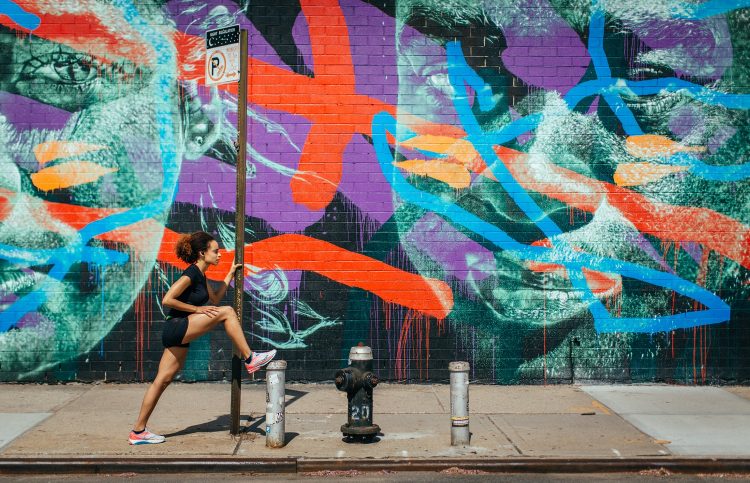 For more information on all of Bragi’s products, you can head directly to their site by clicking this link.