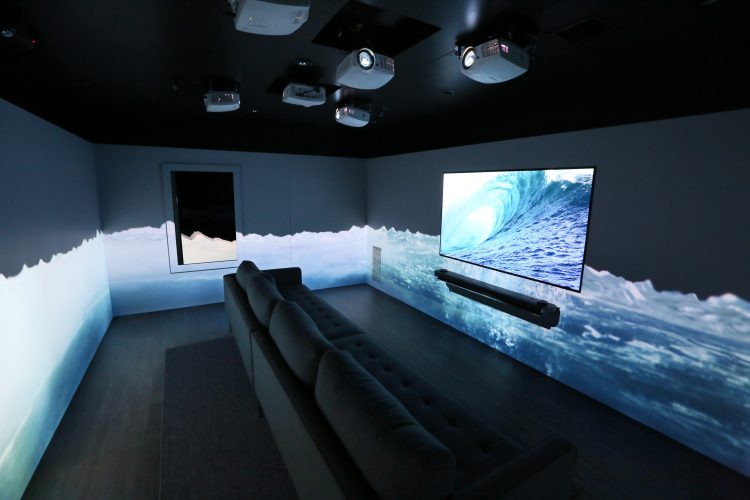 If you’ve ever wanted to experience the ultimate home theater set up, now is your chance. LG and Dolby are going on a roadshow with stops around the country. The roadshow starts today in New York City, just outside of Madison Square Garden. Visitors get to take a break from the hustle and bustle of New York city’s busy midtown area while experiencing a truly immersive home theater experience.

Inside the Cinema House is LG’s incredible Picture-on-Wall LG SIGNATURE OLED TV W (also known as the wallpaper TV). This TV is so incredibly thin, you really need to see it to believe it. And despite being so thin, its colors absolutely pop and its visuals are super sharp. The TV is complemented by several projectors which work together to produce an extended 360-degree video that surrounds you while you’re sitting. The visuals are complemented by Dolby Atmos audio for a powerful and immersive audio experience. 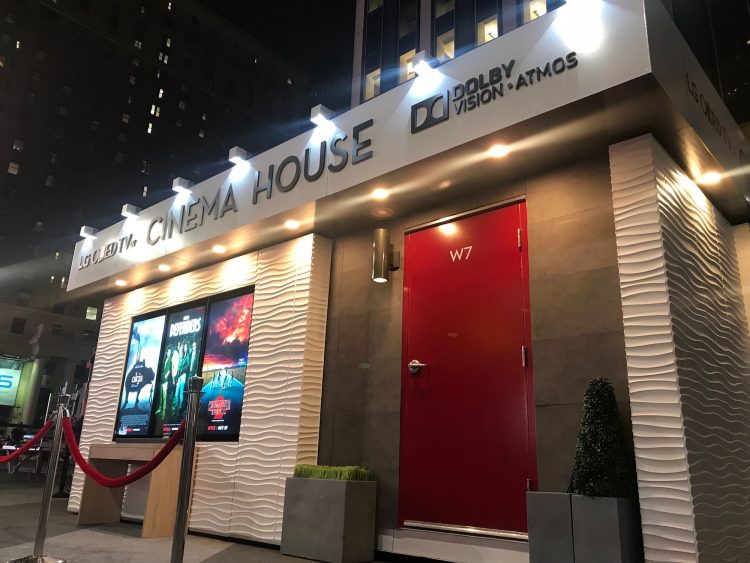 So what’s being shown off inside the cinema house? Visitors get to watch clips from Okja, the Defenders, and a never-before-seen clip from the first episode Netflix’s Stranger Things season 2, which launches on October 27.

Below is a list of stops on the tour. If your city isn’t listed – don’t fret – there are more tour dates expected to be announced for 2018. 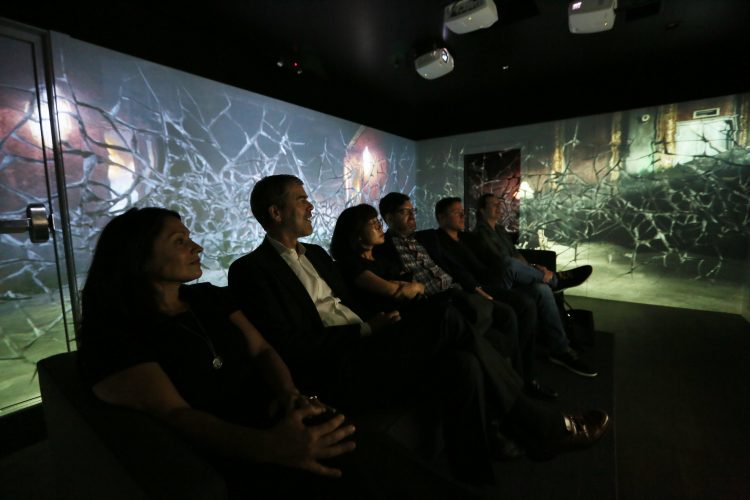