The Korean company took to the top of 1 World Trade Center to announce it today and trust me.. this smartphone has it all. Running on Android’s 5.1 Lollipop operating system, this beauty features a 5.5-inch Quad HD resolution display (2,560 x 1,440). Being lighter than that G3, it measuring 148.9mm x 76.1mm, it also has a Snapdragon 808 processor, 3GB of RAM and 32GB of internal storage (obviously with the ability to expand up to 128GB with the phone’s MicroSD slot) and of course the 100GB of free Google Drive storage. So even down to the guts this thing is impressive. With the battery life promising 10 hours of Wi—Fi internet, 13.6 hours of video, and 19.6 hours of talk time, it’s already a competitor. 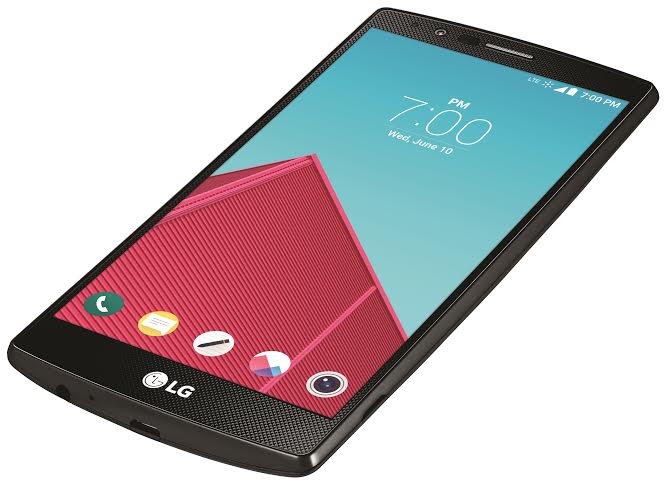 Impressed yet? There’s more. The 3000mAh battery is stated to last more than a day on charge which is great because having a 16-megapixel rear-facing camera and 8-megapixel front camera, with what’s being considered the biggest sensor in the smartphone market, the wide F1.9 aperture, optical image stabilization, a manual focus slides, 4k video capture, manual controls over ISO, white balance, Raw+JPEG capture and shutter speed… not only was that a run-on sentence, but it’s a rundown of everything that’s great with the camera. LG Corporation President and CEO Juno Cho didn’t mince words at all when it came down to it. 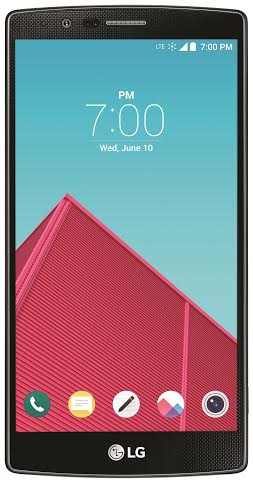 “This is the closest (a smartphone has) come to emulating what we see with our naked eye.”

He even went to lengths to state that the smartphone world needed the a change with its physical attributes.

“Now every phone looks the same,” He said. Following up with “How can we give a smartphone some character? What actual value would this provide to consumers… (beyond) a hunk of metal and glass?” 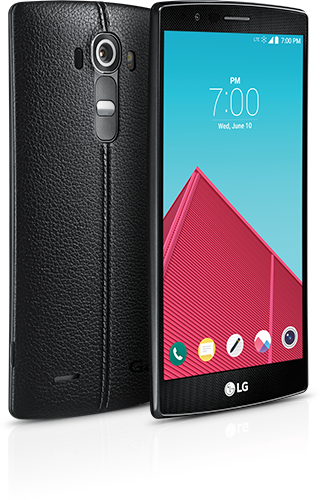 Obviously you see this and you see the leather backing, which are available in six different color options, like the Galaxy Note 4. And if you aren’t a fan of the leather, you can pick up the ceramic version, which come in three colors, white, black and gold. . That’s the standout feature. But the back-facing buttons and the curved display, certainly set it aside.

Although the G4 will be released in June, Sprint will be offering up the LG G4 in two stunning options – Metallic Gray and Black Genuine Leather. Register to win an LG G4 and receive updates on LG G4 availability from Sprint at www.sprint.com/lgg4. No purchase necessary.