Russian Bots are working hard to shape American dissent and opinion; the indictments last week spell out their role in the 2016 election quite clearly. Just after the shooting in Parkland Florida, they went into high gear again. But how can we know who we are engaging or arguing with on Twitter? Make Adverbs Great Again is one way!

There are a few websites and services that claim to use algorithms to identify which Twitter handles belong to real people and which may be part of the Russian disinformation campaign that is being waged right now, as you read this. I won’t even begin to try to understand how these sites and services work, but I have tested a few, and Make Adverbs Great Again seems to work fairly well.,

Of course, nothing is 100% accurate. The people behind the site know that and include this when delivering results.

DISCLAIMER: No tool of this sort is perfect. This does make mistakes. Even the 10/10 scores are wrong sometimes, so use common sense when interpreting the results.

The score (scale is 0-10 where 0 is the least likely to be a troll) is determined by adding together the predictions of ten trained MLP networks. The user’s bio, banner image and a link to their timeline are displayed to provide context for the AI-generated score. The set of troll accounts used for training was a mix of two types of accounts – accounts that appeared to be of direct Russian origin, and US-based accounts (mostly “alt-right”) that were propagating material that originated on Russia-based accounts.

In testing, this is currently classifying 95% of accounts correctly, where a score of 6-10 is a troll, and 0-5 is not. This means it will still produce the wrong answer roughly one in every twenty times. This is a tool based on statistics and is not intended as a replacement for human judgment. The score for a given account will usually only update once every 24 hours.

That noted, I did some testing and the site seems to be fairly accurate. For example, I checked out Judie’s Twitter handle — @geardiary. I know Judie is a real person, so I was curious if I could get a baseline on the accuracy. Here’s what it delivered. Remember that 0-5 is “not a troll” and 6 – 10 “is a troll”. 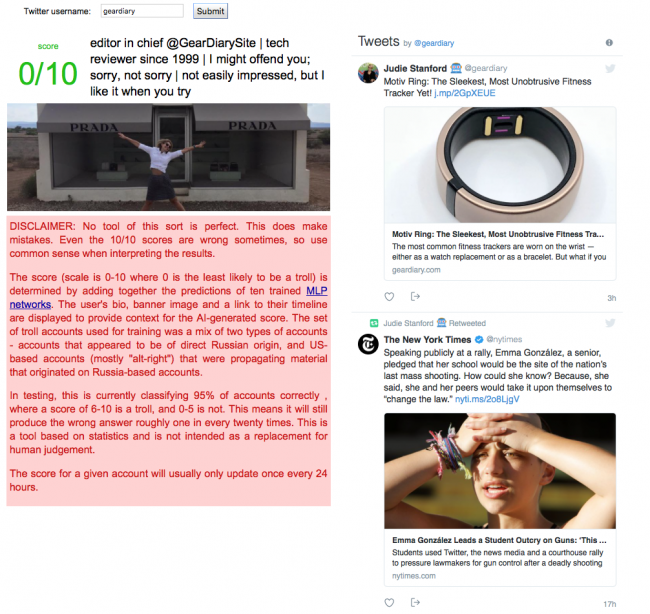 So I checked Carly… 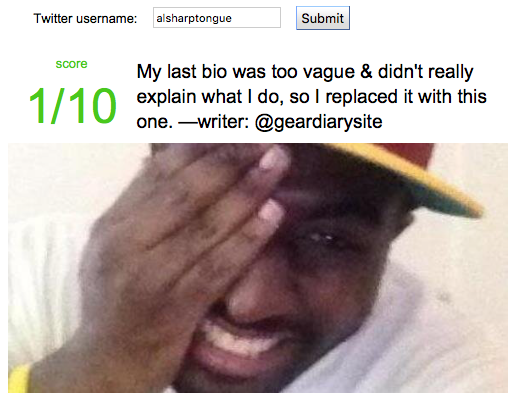 In each case, I know there are real people behind those Twitter handles. And, in each case, the site delivered a rating of 0/10 or 1/10. That suggests to me that it can identify real people.

Next, I went through my Twitter feed and tried to identify comments that looked like they MIGHT be Bots. Often times, the site returned a result that rated 5 or less out of 10. That told me there are some real people on Twitter who are saying ugly things in the aftermath of the Florida shooting. There were, however, plenty of Bots to go around.

It is pretty clear that this account might be a Bot, so it is not a surprise that this is typical of this “person’s” Tweets. 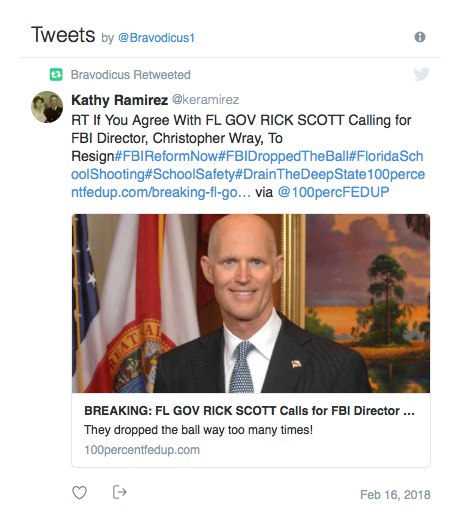 Let me opine a bit. It is pretty clear that balls were dropped by the FBI. That needs to be looked into and addressed. But this tweet is a clear attempt to move the national conversation AWAY from a real dialogue on how future mass shootings might be prevented and deepen the mistrust of the FBI, and it’s from a Bot. Then there is this one… 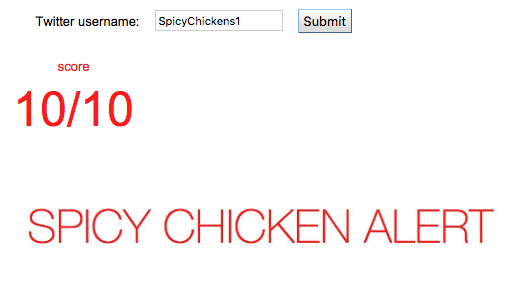 In each case, the ideological bent of the account was the same. Calling names, attempting to distract, and pushing out “information” that is known to be false. And its ALL OVER TWITTER!

That noted, I also found examples that go to the other extreme of the political and ideological spectrum.

The point is this: When you engage with someone on Twitter, it is worth taking a moment to check if you are actually interacting with a real person.

Twitter and Facebook are powerful enough to know about our likes and dislikes. They could easily work to identify and close fake accounts. For whatever reason, they refuse to do so. The result is that we have propaganda outlets working day and night to sow seeds of discontent. And, until social media companies get their act together and start doing some good for our country, we will have to police ourselves. Make Adverbs Great Again is a good start.

Addendum: We have had comments that claim the site labels anyone who expresses right of center views as a bot. So I checked another account and this is what came back: 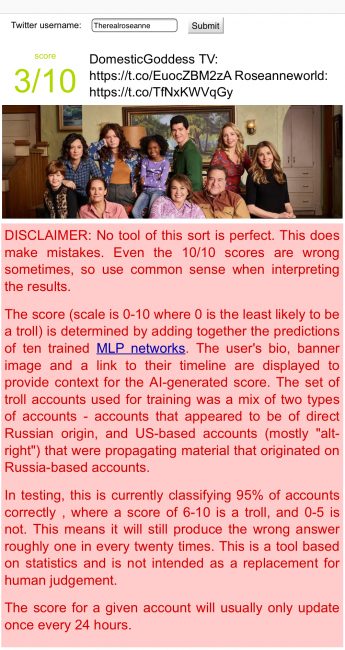 So while we can’t scientifically prove the accuracy of their algorithms we can state that it does not rate someone as a bot simply because of their specific views.