I know it has been said before that sedan sales are on the decline, but just a little over a year ago Chevrolet quoted that hatchback sales had seen a 9 percent market growth. On the heels of that, Chevy introduced the Cruze Hatch and for 2018 they now offer it with the 1.6-liter turbodiesel power plant. 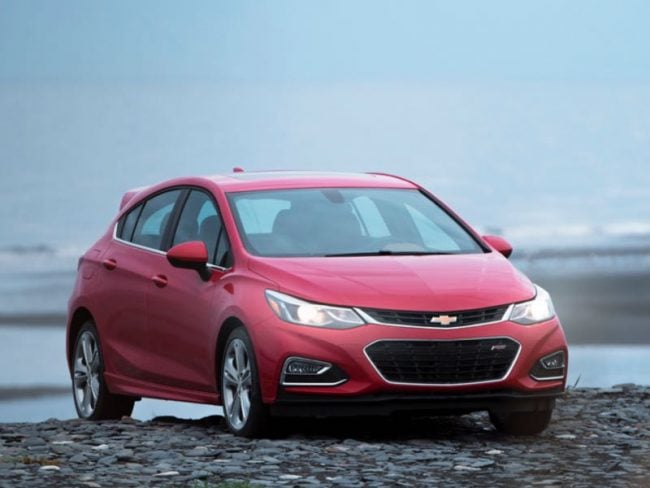 This is not our first mention of the 1.6TD, as GM offers the engine in its compact crossovers. I was happy to get to test this engine in my first experience in this new little hatchback from Chevrolet and I was impressed with how quiet the little turbo diesel is along with its high fuel economy ratings. OK, sure, recently there has been a lot of stories on automakers using some sort of cheating with diesel fuel economy ratings, but with that out in the open, Chevy would be the world’s biggest fool to use any of that in its new oil burners. 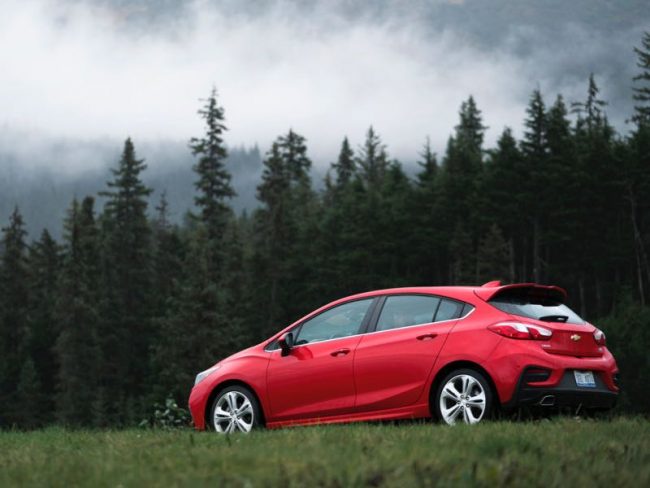 The newest-generation Cruze arrives on all-new, more rigid and light architecture that drives more nimbly and handles quite well. The hatchback feels very well-balanced on the road and it seemed quieter inside than the GMC Terrain Denali we just finished with. It rides on independent front and rear suspension systems with the choice of 16- or 18-inch wheels and tires. The Cruze Hatch is offered in LT and Premier trim levels, and buyers can also get a sporty RS package. 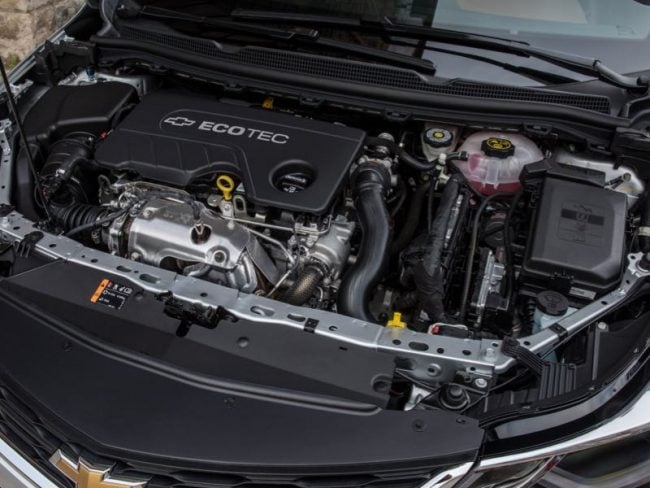 The base engine offered in the new Cruze Hatch is the 1.4-liter turbocharged gasoline engine, but as mentioned, Chevy now offers the 1.6-liter inline four-cylinder turbo diesel engine. Engine output is rated at 137hp and 240 lb. ft. of torque. It is mated to a new nine-speed automatic transmission that allows the vehicle to continuously operate in the optimum rpm range for fuel economy or performance. It does come with the automatic start/stop technology that drives me crazy but enhances fuel economy and reduces emissions. While the diesel engine operates more quietly and more smoothly than previous variants, it is more pronounced on the auto restarts at traffic lights, and there is slightly more hesitation than in gas engines we have recently tested. Aside from that, the engine responds very well to acceleration and has plenty of power on the low-end, a common trait for turbo diesel motors. 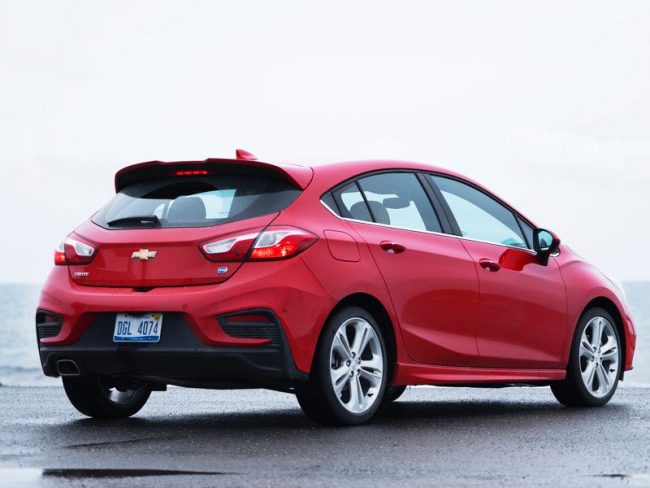 The enhanced styling is a nice improvement for all Cruze models, and the interiors are comfortable utilizing decent materials and featuring clean, modern styling with ideal organization and layout of controls. Designers even managed to integrate a spoiler at the top of the liftgate. There is seating for up to five, but four adults will ride in good comfort. By the numbers, Cruze Hatch offers 24.7 cubic feet of cargo space behind the rear seat, but with the rear folded that space increases to 47.2 cubic feet – all of this while riding on the same 106.3-inch wheelbase as its sedan counterpart. 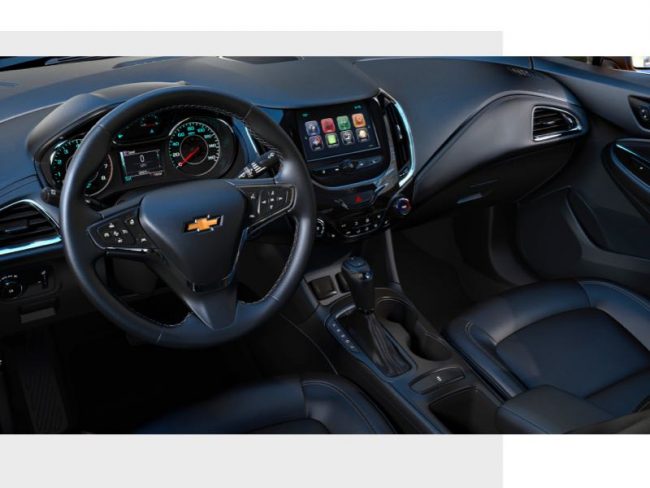 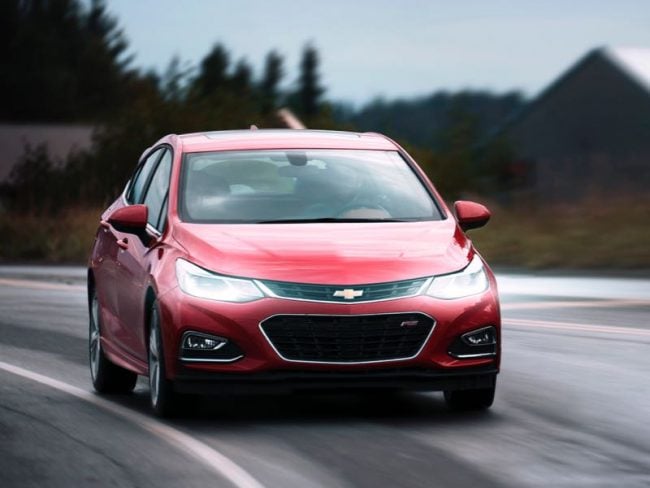 Pricing for the 2018 Chevy Cruze Hatch begins at $21,320 with our Diesel LT model arriving with a final window sticker of $27,865. Fuel economy is rated at 30 mpg city and 45 mpg highway. We were seeing in the low to mid-30s in our city driving so perhaps automakers are being a bit on the safe side when rating new diesel models now. 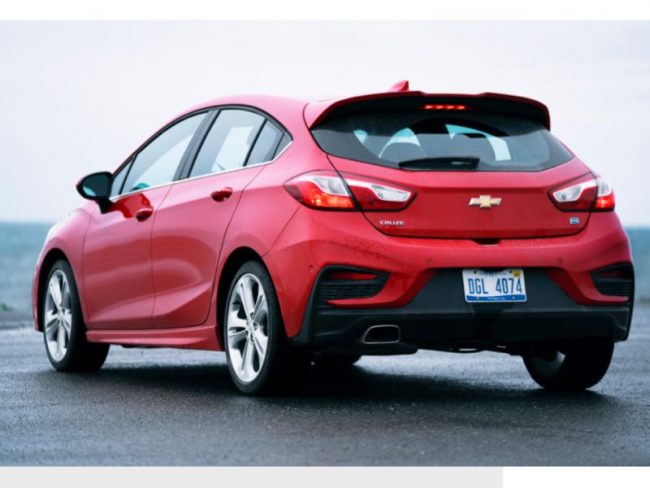 It is nice to see hatchbacks have not lost their allure in the wake of the crossover boom these days, and given that new models hitting the showrooms like this 2018 Chevrolet Cruze Hatch Diesel, there should be a place at the table for them for some time to come.