Apple’s HomeKit platform has plenty of great devices that allow you to control and monitor all of the items in your home, but one thing that I longed for ever since Apple began opening up its platform was for them to allow Belkin’s WeMo platform to join the fold.

So after being announced in January, Belkin released their Wemo Bridge with Apple HomeKit compatibility, an after three months of use, I cannot get enough of the product. 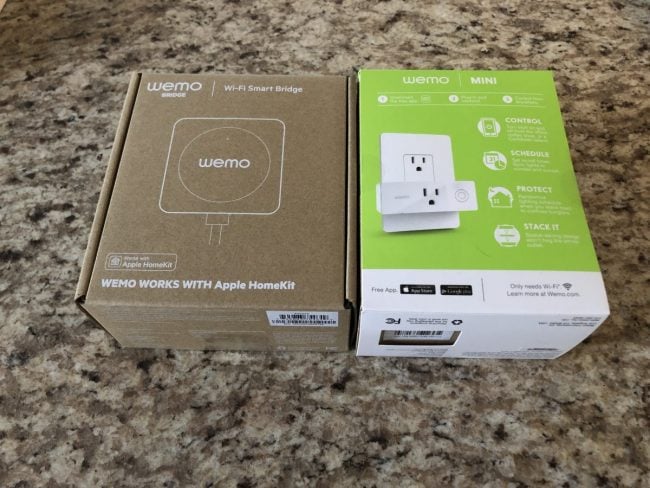 Similar to the original Wemo Bridge, the updated version now allows you to connect your home system to integrate with Apple’s HomeKit. So if you’ve been enjoying Wemo’s ability to work seamlessly with Google Assistant and Amazon Alexa, you’ll be happy to know that the little $40 hub now has full integration. The issue, however, is that if you had a prior model, you’ll have to purchase the new model in order to receive said functionality since Apple requires companies to put in a proprietary chip in order to gain access to the HomeKit platform. 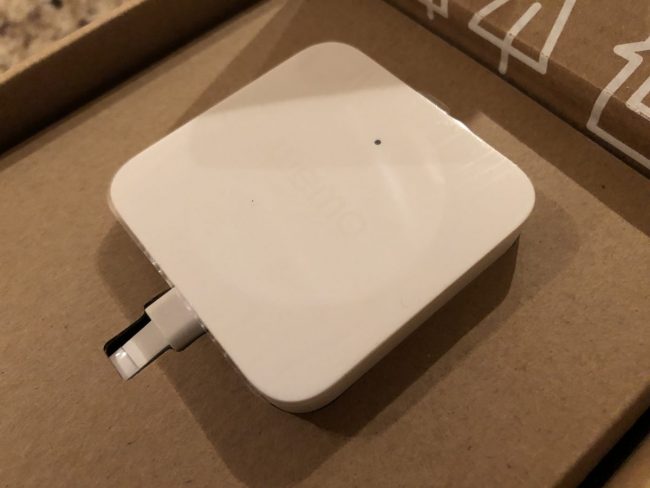 Saying that to say this, the Wemo smart plugs are all in all the best on the market in my eyes. They check off every single box in terms of cross-platform compatibility, sleekness, physical on/off switch and being able to work in tandem with other Wemo products to make your smart home even smarter. Belkin sent me over their Wemo Mini Wifi-Smart Plug and their Wemo Insight Smart Plug to test out with the updated Wemo Hub, but me being me, I had to hit up my local Best Buy and purchase four more plugs in order to get the full effect. 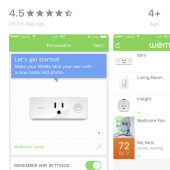 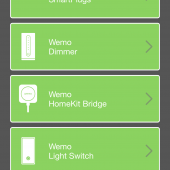 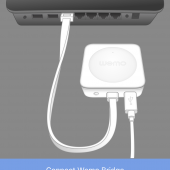 I placed them all in my kitchen, where I have the most appliances that I use daily: 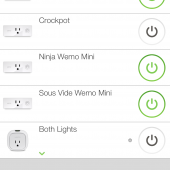 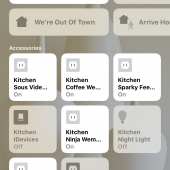 I can toggle each device on and off with the Apple HomeKit app, but this is the rare occasion where honestly I love using Belkin’s Wemo third-party app because it just looks awesome. With each device labeled the way you’ve set them up in the app, with a nice image of what the outlet looks like. If the device is on, it will be lit green, if not it will be dim.

What’s interesting about the Wemo app is its integration of rules, which similar to Apple’s HomeKit allows you to schedule “what if” scenarios including auto-timers for when you think you will be home or not, to do a certain task. For instance if I know I won’t be home until 7pm that evening, but I want to get a jump on my Sous Vide steak, what I tend to do is plug my Anova into the Wemo Mini plug, add water to the container the Sous Vide will be in, then at 6:30pm set a timer for the Anova to begin circulating the water so when I get home all I have to do is place my steak in the water and begin the process. This works wonders on not just cooking, but making that pot of coffee in the morning as well.

The Wemo Insight Smart Plug I have set as my living room light which consists of two Phillips Hue lightbulbs, one as a reading light, and one as a room light. With this particular plug, you’re able to gain a bit more information about how much money is being spent on said outlet, including an estimated monthly amount based on how long the outlet has been on or off. Now since I rarely turn this light on due to natural lit being in my home the average is petty low, but it’s nice knowing what I would be saving if I ended up leaving items plugged in for hours on end. 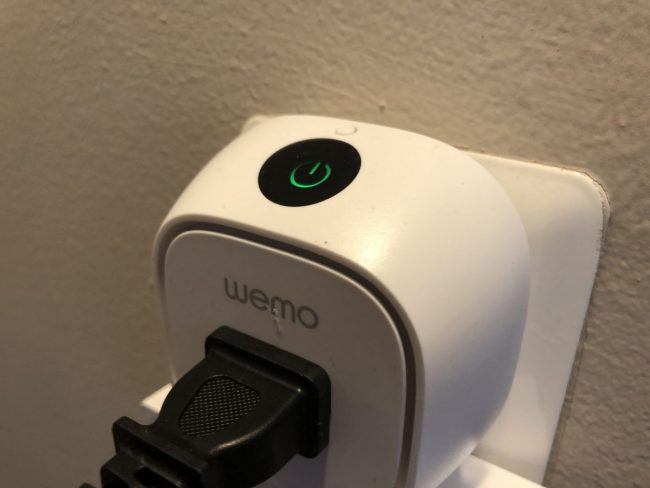 In terms of the physical plug, there’s a simple black button that illuminates green when turned on. It’s touch-based which I think is pretty nice, and comes with a nifty integration for IFTTT (If This, Then That) service that allows you to use real-world situations in terms of your smart plug. For instance, if you set up a “recipe” to turn on your lights every day at 8pm, or to “turn on you humidifier” if the temperature in your home gets too warm. There are so many use cases for the Wemo Insight Plug I’m considering picking up a few more just for the ability to see how much power is going to and from my outlets. 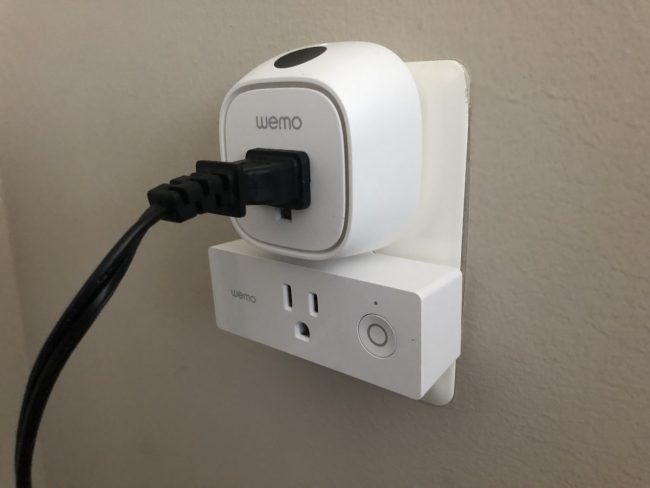 Overall though, I can’t truly decide which plug I would say works best because it all depends on your use. The Wemo Mini plugs are GREAT for circumstances like standard appliances that even though plugged up you don’t use but a few times throughout the week like I do. Not only that but these save a ton of space, although I wish the outlet itself was on the end of the plug so you could place items behind furniture. The Insight Plug I obviously love because of the ability to track usage. So should you get both? I’d have to say yes. With all of the integrations, there’s not much that Wemo does not connect to, and being able to control your home remotely is the definition of building yourself a smarthome.

What I Like: Integration with Alexa, HomeKit and Google Assistant, with a bonus of IFTTT makes this one of (if not THE) best plug on the market