Regardless of whether you’re a gamer, podcaster, or just dong voice-overs, the one thing you need to have is a really good microphone. While you can probably find a cheap microphone to get by with for a while, we’re sure you’ve also looked at microphones from Blue.

This could be anything from the Snowball to the Yeti, but a lot of people may sway you to get the larger Yeti. Well starting today, if you’d like virtually the same quality you’d get from the Blue Yeti microphone, but at a lower price, you should check out the newly released Yeti Nano by Blue. 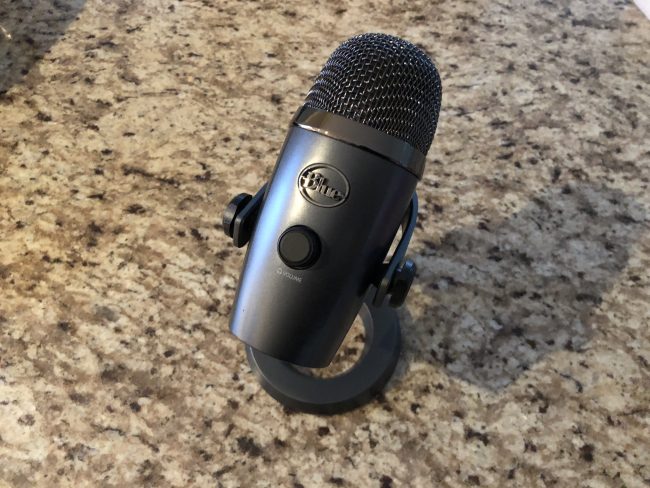 Almost identical to the larger Yeti, the Yeti Nano is one of the best options that you’ll find in terms of plug-and-play USB microphones. 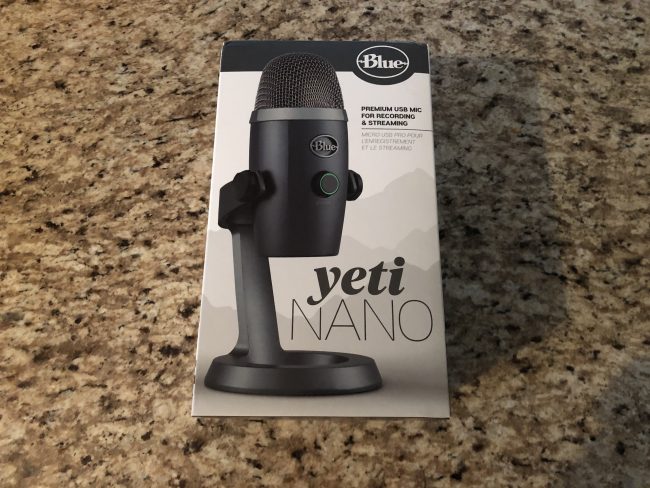 The microphone is designed for broadcast-quality podcasting and YouTube Productions thanks to its features like having a no-latency headphone output, and onboard controls to go between one of the two settings: Omnidirectional, which I use to podcast with my co-host, to Cardioid mode, which is perfect for straight on recording for a single host. I’ve tried many other microphones that promise the features that the Yeti Nano has while having a higher price, and they honestly cannot hold a candle to what you get with the Yeti Nano. 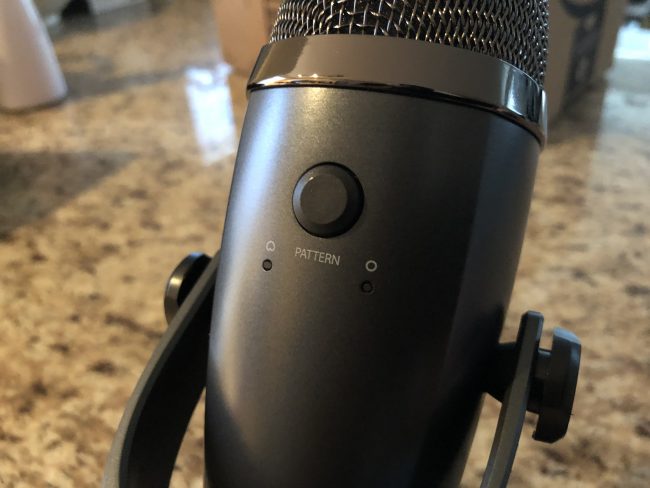 The Yeti Nano does come with just a few items compared to it’s larger counterpart, but that’s certainly not a bad thing at all. Now that the Yeti is a bit smaller, it makes it easier to place into a case and travel with, something you can’t really do with the original Yeti. Also, if you like to use the Boom Mic Stand by Blue (or any other third party), you’ll know that the original Yeti was a hassle to take off the stand because of its multiple screws that could get misplaced. This is not the case with the Yeti Nano at all. All of the additional accessories come with a separate cost, but in practice, I’ve used the mic stand that came with the Nano, and it works perfectly fine. It comes situated with some grip foam at the base so it will not slide around on your desk, and it’s a bit raised so if you tend to record from your keyboard, it won’t pit up (much) of the rumble from your desk. I still suggest purchasing a shock mount, and a separate mic stand (preferably the Radius III shock mount and Compass boom arm if you fall under these circumstances however. 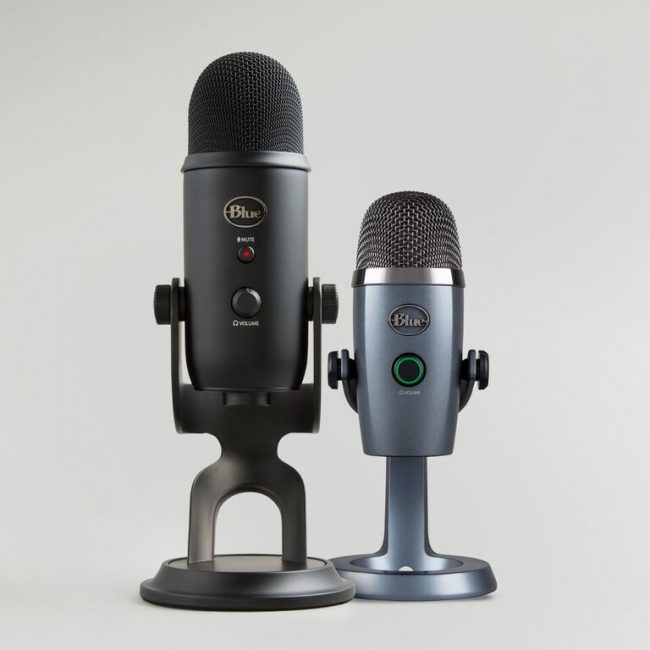 When recording, the Yeti Nano delivers studio-quality sound thanks to being compatible with 24-bit/48kHz recording, so when you record live, little nuances like background audio such as news clips, and soundboards pick up clear from the computer itself, and does not drown into the background or become distant due to latency issues. 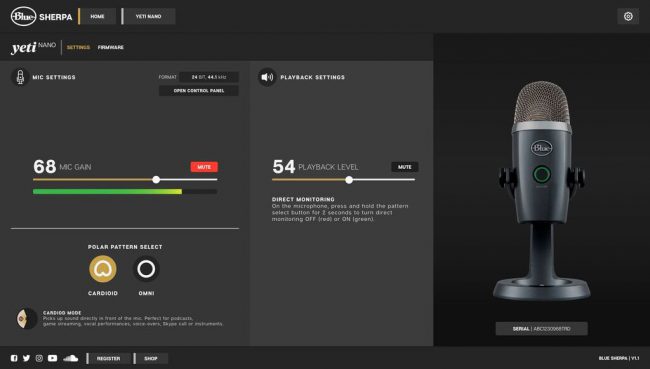 What’s new that I enjoy the most is the companion Blue Sherpa app for the desktop. Although the YEti Nano comes with an onboard Mute button at the front of the device, if you have the microphone situated in a position you cannot reach it, the Sherpa app allows you to directly control elements of your recording no other microphone would allow. I’ve been able to mute and un mute the microphone directly from my MacBook Pro, which is great for brief pauses to allow guests to speak. There’s also the ability to fine-tune your levels and gains so you’re not speaking too loudly into the mic when recording, and you can see it thanks to the on-screen volume control letting you know your sample rates. This corms in handy, especially when recording my podcast so I can know at what points the volume needs to be balanced before I go back into editing and balancing levels even more. Having this app running beside my browser allows me to record and monitor all at the same time. 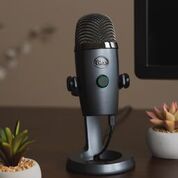 I record about 6-8 inches away from my microphone, and while playing back the audio, everything seemed to play perfectly fine, from my voice coming in clear while not sounding distant, to the background music I played from YouTube that I added as an element for those of us who may record audio for podcasting. The gains sound balanced, and what I thought was a true treasure compared to the Aukey microphone I had been using prior, my voice didn’t come off as heavy or loud as if the microphone was attempting to make me louder than I actually was. 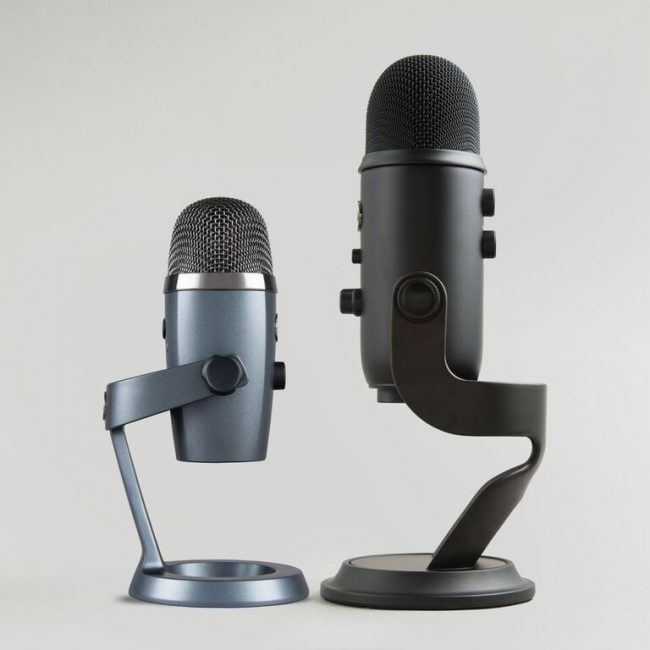 If you’re wondering about what the differences are between this mic and the standard Yeti other than the obvious size, there are two glaring ones. The Yeti has two modes (Cardioid and Omnidirection) while the larger Yeti has the extra two polar patterns and manual gain. So if you are looking for onboard gain control, you will not find that with the Yeti Nano, but in practice, especially if you plan on recording from your desktop, being able to physically see it as you’re recording means you will not fidget with your mic creating additional sound, which is an equal trade-off if you ask me. What I thought was pretty nice is that Blue throws in a trial for XSplit and OvrStream, two applications that are popular in the Twitch, live game streaming communities, and I will personally be testing over the next few weeks.

“With Yeti Nano, content producers can easily record and stream with the signature studio-quality sound of Yeti, in a new compact and streamlined design that fits in perfectly on any desktop,” said Tommy Edwards, Director of Product Management at Blue Microphones. “Whether you’re gaming, making a business call, or recording something new, you’ll be heard loud and clear with incredible sound quality, every time.”

Now I know, you’re wondering about the price. At only $99.99, the Yeti Nano sets a standard for what microphones on the market should do, as well as what they should include. I’ve had a hard time finding a microphone under $150 that features an omnidirectional function, and the Yeti Nano is perfect for this. The Yeti Nano works with all of the popular platforms including Windows 7, 8.1 or 10, and anything on Mac OS 10.10 and above. If you’re in the market for a better microphone, you need to consider the Blue Yeti Nano, mainly for it’s cleverly crafted design, the free companion app, the price (obviously), and honestly… the great colors that are available (Shadow Grey, Vivid Blue, Red Onyx, and Cubano Gold).

For more information head over to Blue Design’s today.

What I Like: No latency makes the mic FLUID with my audio recording experience; Price is the best on the market; the included app is marvelous.

What Needs Improvement: Lack of the two other polar options (if you actually use them)