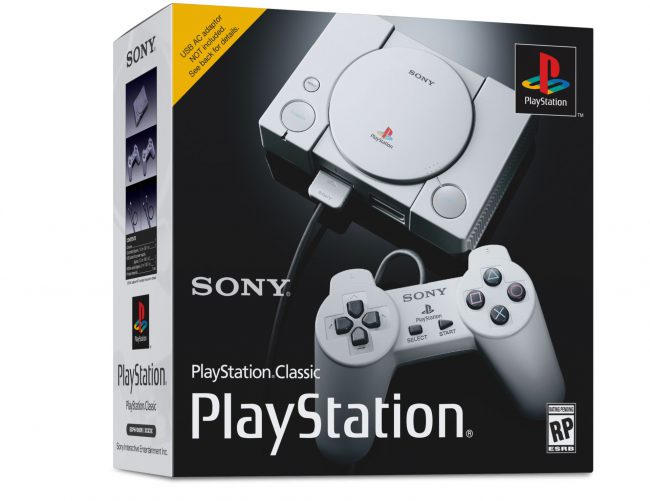 While I have always played games on a PC, as a gamer there is no denying the impact and appeal of the original Sony PlayStation. Launched in Japan in late 1994 and worldwide in 1995, the Playstation signaled a new age in console gaming: 3D graphics, data stored on CD, and a huge wave of third-party support from software developers who had already started working with those technologies for the PC.

This December, to prepare for the 25th anniversary of the console, Sony is launching the PlayStation Classic – a scaled-down remake of the original classic with 20 games built-in, two or the pre-dual shock controllers, and an HDMI connection. We don’t have the full list of games yet, but it includes Final Fantasy VII, Jumping Flash, Ridge Racer Type 4, Tekken 3, and Wild Arms.

What is missing? Because the controllers are the originals, we don’t get the newer dual shock controllers with analog sticks. The console is powered through USB, so no AC adapter is included – though with all the USB plugs I have lying around my house I tend to see that as a feature rather than omission! Also, there appears to be no way to expand the console game selection – but this is similar to the Nintendo NES and SNES and certainly didn’t impact their appeal. Finally, because of the lack of analog controls, there is a concern about limitations of games that will be included, or if the analog stick controllers will be made available later for added cost to enhance the experience.

Regardless of those minor details, with a price of $99.99 and availability in early December, you can be certain this will be another hot holiday item and will sell out fast. Pre-order sites have already started springing up at online retailers including Best Buy and several others.

Head to Sony’s official site to check it out!