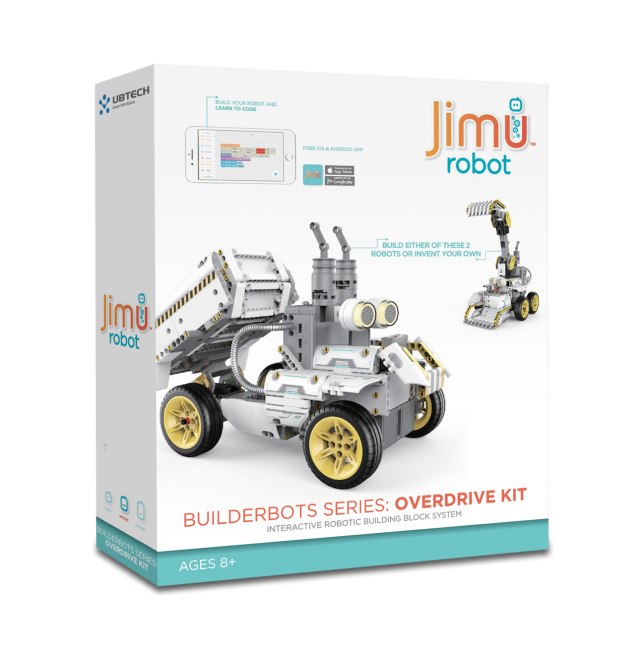 Teaching kids about coding has become as basic to education as reading and math. In fact, my kindergartener has coding as part of his school curriculum! UBTECH aims to bring coding and building skills to kids with their UBTECH JIMU Robot BuilderBots Series Overdrive Kit. It says ages 8+, but would my precocious kindergartener approve?

Everything you need to get started with the UBTECH JIMU Robot is in the box and on your phone. There are no special tools, but you are going to want either a charger or a full battery because the assembly instructions are entirely on the app. And there’s a lot of instructions. The best way to describe the experience is kind of like IKEA meets LEGOs. It’s not difficult, but there are many pieces, and as a parent helping, you’re bound to want to tear your hair out at least once. Set aside at least an hour to build, and if you can, use a tablet for the increased detail on the building instructions. 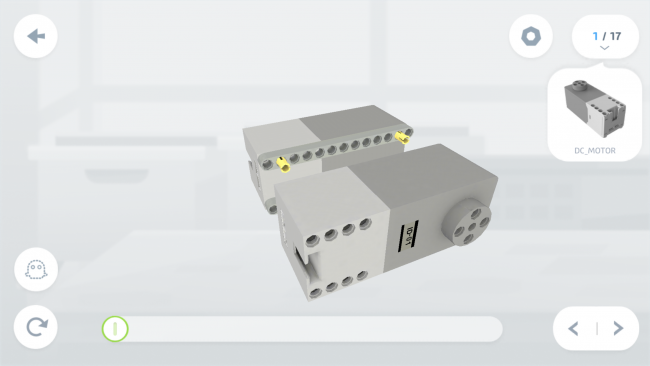 My son was super engaged at first, but he lost interest after about 15 minutes. The parts were a little too difficult for him to do alone, and he got frustrated. But he understood immediately when I handed him the phone at the end how to control the Dirtbot, and he was especially delighted by the various instruction options to make it sleep, dance, dump, etc. 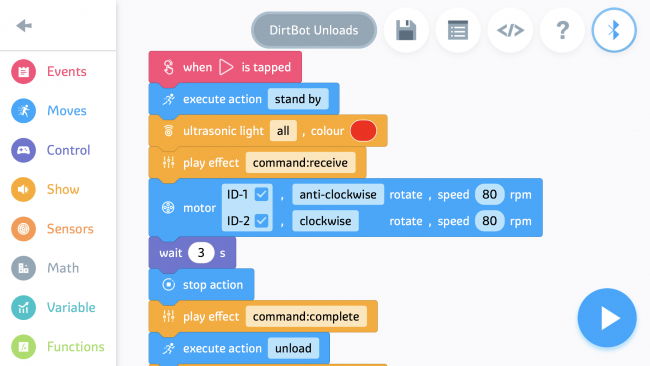 The bad news is that once assembled, the Dirtbot we built was not terribly stable. It worked really well, but it also fell apart quickly in the hands of my 5-year-old. He thought watching it attempt to carry out commands while in pieces was funny though, so he still learned from it. I was too frustrated to rebuild it right away, and the building instructions being in the app made it really hard to quickly refresh how to do repairs. This is where the 8+ recommended age likely comes into play. 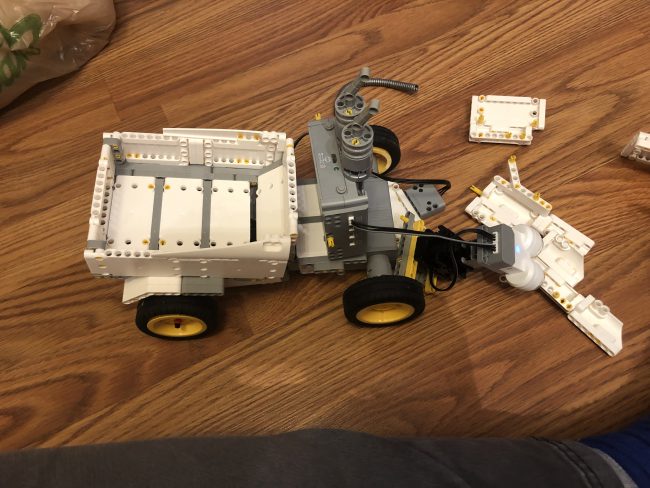 It sounds like I am being harsh, but I actually legitimately liked the JIMU Robot set a lot. The app is very clean and easy to use. The concept is excellent, and the way it teaches coding using simple commands is a great introduction for young learners. The big caveats are that the building itself is painstaking, and it may be too complex for impatient younger builders. If you are working with a slightly older kid who knows better how to be gentle, the JIMU is pretty entertaining. I was really impressed with how fast the robot connected via Bluetooth to the app and how immediate the response was when controlling it. There was zero lag time from input at the app to the robot reacting accordingly. While it isn’t super cheap at $119, it’s fairly reasonable considering the amount of tech packed into one package.

If you’re looking to engage a kid who is interested in coding or likes to build with their hands, this could be a fun gift. It is also a great way to spend time with a kid and have fun, which is the most important thing!

The UBTECH JIMU Robot BuilderBots Series Overdrive Kit retails for $119, and it is available directly from the manufacturer.

What I Liked: Intuitive interface; very responsive robot; Lots of movements for the robot to do; Can be a good lesson in patience in building

What Needs Improvement: No paper manual made building it harder; Need to be gentle with the final build or parts will fall off; Best suited to the 8+ age range (as is recommended)