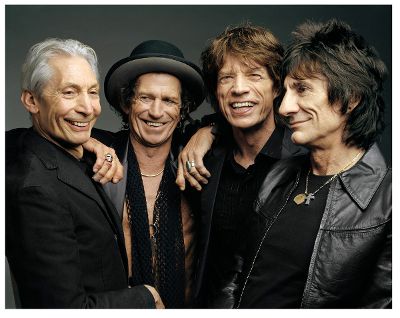 Founded back in 2001 by two college roommates who sought to change the ticket marketplace for fellow fans, Vivid Seats has since gone on to become the largest independent ticket marketplace. Featuring tickets to everything from thrilling sports and esports matches to the hottest musicals and comedy tours, Vivid Seats recently shared some interesting data about one of your favorite bands!

The Rolling Stones have been a staple in music and entertainment for many, many years, but no matter what the Stones are truly timeless. You’d be surprised to know that their fan base is more varied than you think with over 17% of concert goers being 34 years or younger, meaning even my age demographic still attends their shows. Judging by the fact their first album was released back in 1964, some twenty years before most of us were even a thought, it’s interesting that Mick Jagger and company have a faithful audience as well that have searched for Rolling Stones concert dates through Vivid Seats. 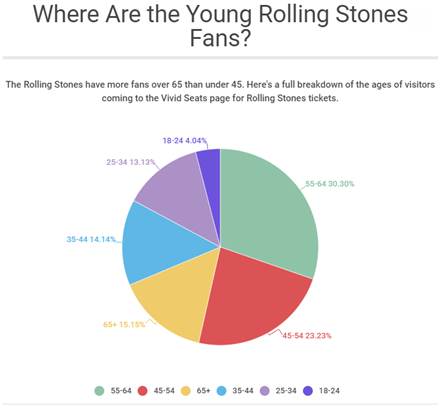 In the diagram you’ll see that the bulk of their fans are over 45 searching for these shows, but there’s a significant amount of interest from the newer generation that you can only attribute to liking good music and a great time. I’ve personally never seen The Stones live, but I’ve been intrigued by them even back to when they partnered with Master & Dynamic to released their MH40 Edition Over-ear headphones. And with tour dates for 2019 recently released, it looks like I may be making one of the many outdoor venues that they have next summer. And the only place I plan on purchasing them? Vivid Seats.

For more information on Vivid Seats, as well as how to purchase tickets to The Rolling Stones concert, you can head over to this link today.

As an aside, you can now order tickets by simply asking Siri on your iOS device thanks to the latest update to the Vivid Seats app in the app store that’s compatible with Siri Shortcuts. You can download the app here.