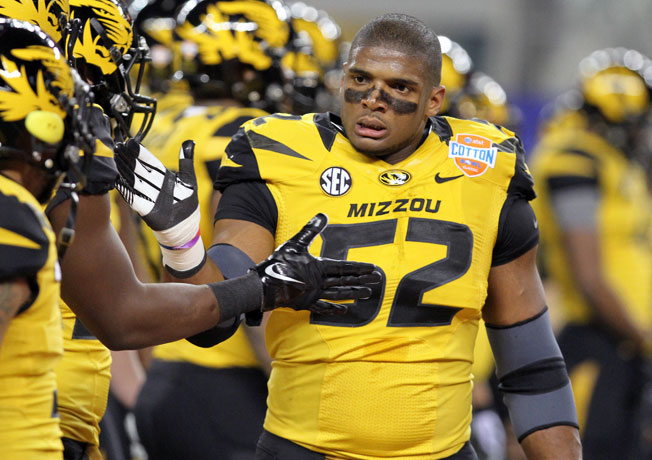 Civil rights and courage go hand in hand. It takes courage to stand up and say “I am a gay man and I play football” like Michael Sam did just last week. He’s taking a risk with his career, challenging the internalized homophobia of professional sports, and he’s getting help from an unlikely source: Dallas sports anchor Dale Hansen.

Why is Hansen an unlikely source? Well, for starters, I don’t think anyone would have bet that a sports guy from Texas would be the one to take such a strong stance-not only is Hansen supportive of Michael Sam, he calls out the established NFL culture’s blind eye toward a variety of sins, from drugs to domestic violence and rape. And in what I think is the most powerful part of the editorial, Hansen admits he’s not entirely comfortable with gay men, but his discomfort doesn’t dictate how the world works, and he recognizes and accepts that.

In one short video Dale Hansen backs a brave and talented football player AND articulates a concise argument against homophobia.

Hansen’s video has rightfully gone viral, and I hope his words help sway some NFL teams towards Michael Sam on draft day!

Edit: Looks like the video editorial has paid off for Dale Hansen, who was flown up to LA to be a guest on the Ellen Show and talked more about the subject! Check it out here!