In addition to announcing the new Acer Swift 7 laptop, Acer just took the wraps off the $279.99 Acer Chromebook 315. With a 15.6” display and running on 7th Generation AMD A6-9220C or A4-9120C processors with Radeon graphics, the Chromebook 315 is a powerful Chromebook that is one of the increasing number of Chromebook that run Android apps. 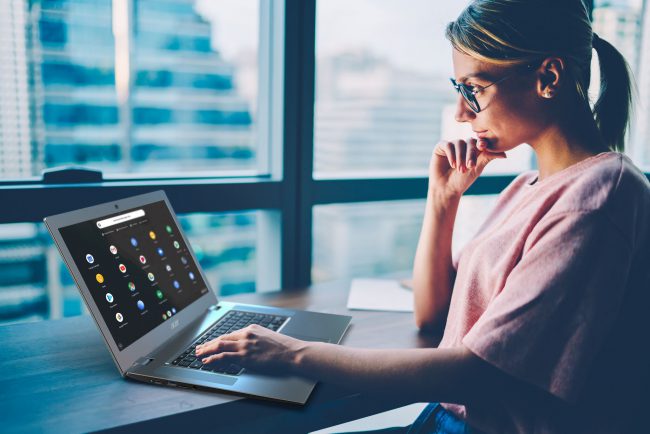 The Chromebook 315 is Acer’s first Chromebook powered by AMD’s A-Series Processors with Radeon Graphics. It has a 15.6-inch IPS display and gets up to 10 hours of battery life. 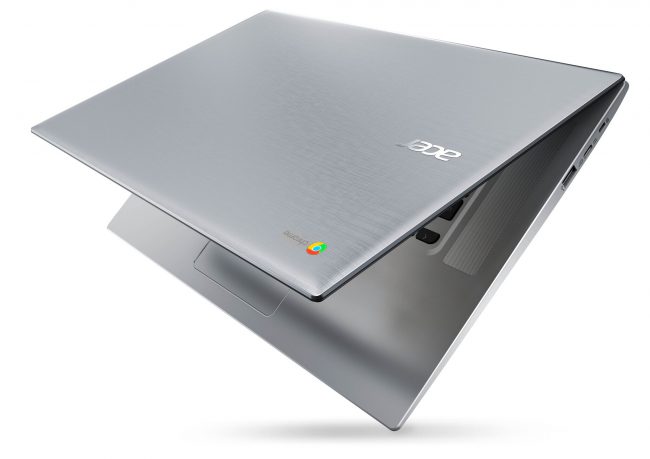 While pricing starts under $300, the Chromebook 315 is no compromised device. Full-sized upward-firing speakers that support high-definition audio surround the keyboard and promise to deliver good audio for those times when you are watching YouTube videos. Also, it has two USB 3.1 Type-C ports — one on each side — so charging, data transfers and display connections are available and easy to access. It even runs Android apps! 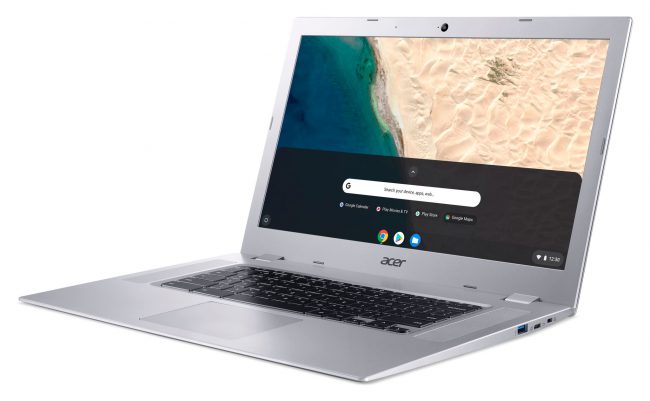 The full HD 15.6-inch IPS display is great for both work and play. With a resolution of 1920 x 1080, the display is large enough for users to open two browser windows side-by-side. Also,

The IPS display lets users easily present slide shows and share content thanks to its wide 178-degree viewing angles. Even video chats can be shared. The HD webcam has a wide 88-degree field-of-view to accommodate groups.

The 15.6-inch Chromebook has been one of the cornerstones of the Acer Chromebook line. The Acer Chromebook 315 builds on the line’s core attributes — a huge 15.6-inch display, great speakers and a stylish design — to now include new AMD processors and Radeon graphics that will effortlessly power the growing selection of Chrome and Android apps that have been embraced by so many students, families and business users. 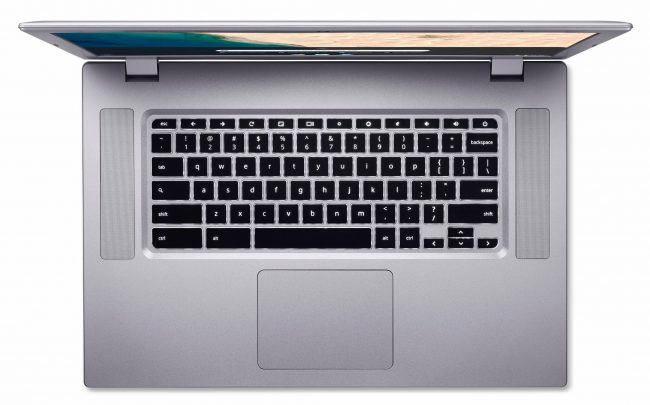 Measuring 14.98 W x 10.09 D x 0.79 H inches and weighing 3.79 pounds, the large size of the new Chromebook allowed Acer to include a full-sized, backlit keyboard on touch-screen models and a large touchpad.

Acer also has this to say about the new offering:

The new Acer Chromebook 315 is not only easy to use, but also easy to share with multiple users. Users simply log into their Google account to access Gmail, Google Docs, apps, extensions, bookmarks, and more. Chromebooks run on Google’s Chrome OS platform that updates automatically and uses multiple levels of security to guard against ever-changing online threats.
With the new Family Link app on Chromebooks, it’s easy for parents to set digital ground rules as their kids are exploring the Internet. Parents can set daily screen time limits, customize the list of websites and apps their children can use, and even manage their child’s Google account and remotely lock supervised accounts on the Acer Chromebook 315.

The Acer Chromebook 315 will be available with either a touch screen display or non-touch display and up to 8GB of RAM and 32GB of eMMC storage. It will be available in North America in February, starting at $279.99. Learn more here.