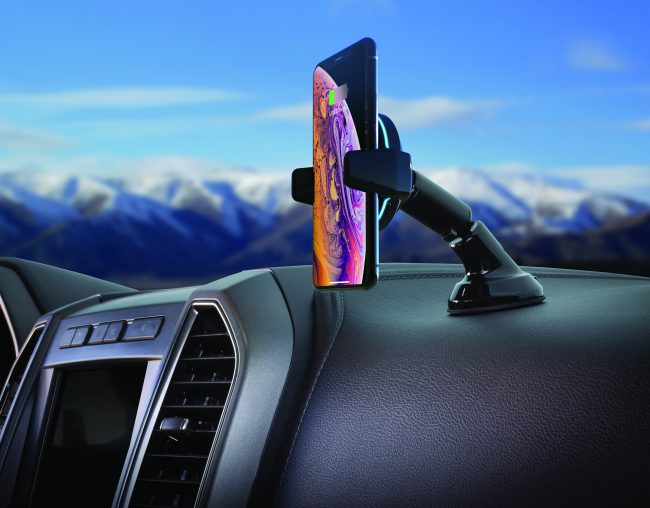 The Scosche MagicGrip Charge Qi-Mount promises to put a different spin on charging your device on the go.

The MagicGrip Charge is essentially a Qi-Enabled wireless charger, similar to its MagicMount Charge 3 Vent counterpart, but it’s a bit more advanced. The MagicGrip Charge is so unique in fact that once you align your smartphone into the MagicGrip Charge Qi-Mount, the motorized arms will automatically close to fit your device, holding it securely and wirelessly, perfect for those who don’t want to bother with fidgeting with adjusting the sizes of the mount before pulling out of the driveway. The sensing closure allows perfect placement that won’t eventually slip out from underneath because you aligned your phone to the mount wrong. These little benefits eliminate the hassles that I know I’ve personally dealt with in the past with lesser mounts I’ve purchased. 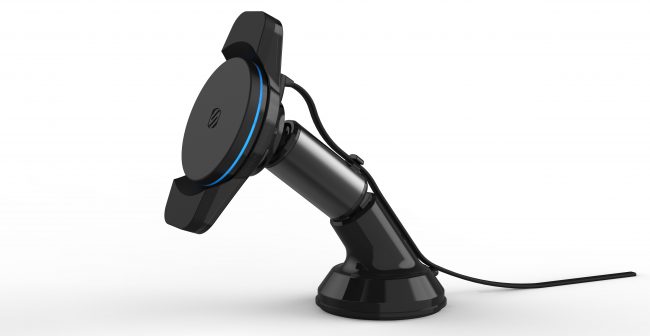 With a full 360-degree rotation, the MagicGrip Charge Qi-Mount also has a thermal management channel between the phone and the Qi-Charging head that will evenly disperse heated air and replace it with cooler air during charging, so when you finally do grab your phone it won’t feel like a hot potato in your hand. With an included LED light, the MagicGrip Charge will illuminate blue when it’s charging, or red if it’s indicating foreign object detection (something getting in the way of it charging). Did I mention it also charges through most cases as well?

While most of the Scosche products will be released in the Spring, the MagicGrip Charge Qi-Mount will be available later in the fall. Keep an eye on the Scosche site for more details and pricing later this year.