I’ve been impressed by OnePlus since Judie and I each bought the original offering. Since then, they have continued to deliver ever-more-powerful phones. I’m currently reviewing the OnePlus 6T. The phone is so impressive that my review has taken on a life of its own. In this short review, however, I want to look at the OnePlus Type-C Bullets Earphones. 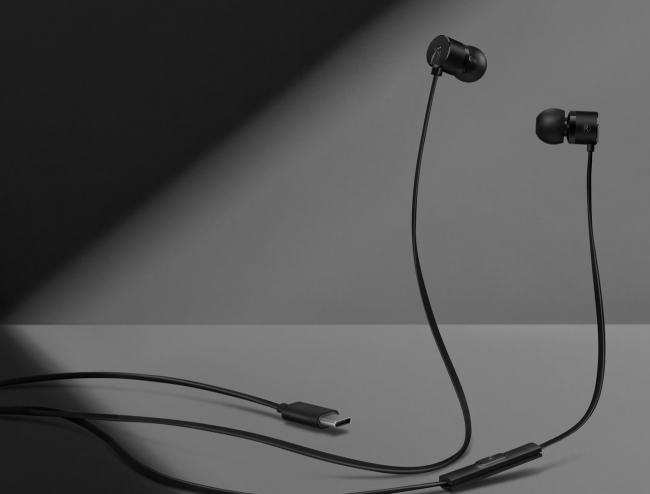 The $20 OnePlus Type-C Bullets Earphones were included with our review sample. They are simple, inexpensive wired earbuds but are surprisingly awesome. I’ve used them with the OnePlus 6T review sample and they work perfectly. Thanks to a switch from a Lightning to USB-C connection, I have, however, also been using them with my new iPad Pro. They work perfectly as well.

Available in black, the OnePlus Type-C Bullets Earphones have a simple design that will be familiar to anyone who has used wired earbuds. There is more behind this simple design than meets the eye, however, and makes these inexpensive earbuds stand out. 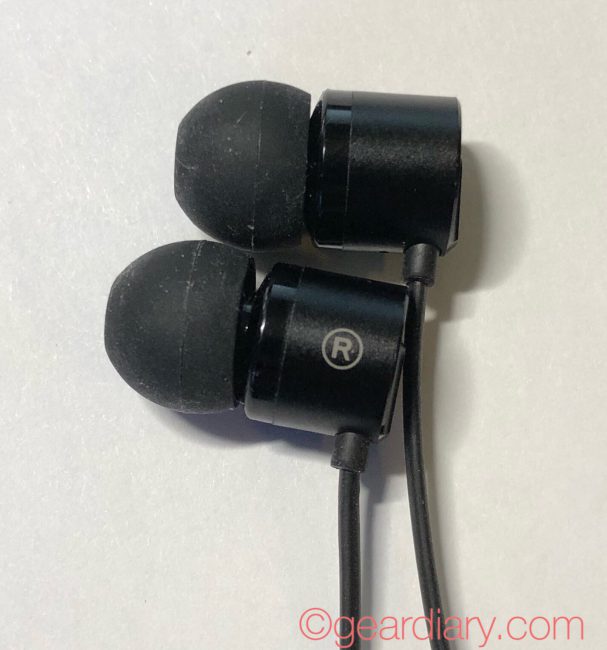 The earbuds themselves are small, metal cylinders. OnePlus includes three sizes of silicone ear inserts. You’ll want to try them all to find the best, most comfortable fit since that will influence the sound quality as much as the comfort. 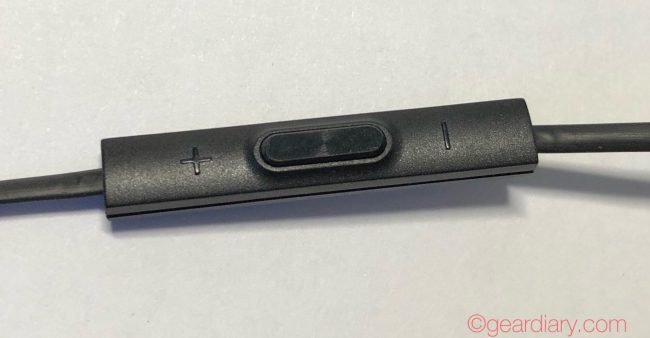 Part of the way down the cable connected to the right earphone is a simple, three-button remote. It does an excellent job letting you control the audio from your OnePlus 6T without the need to pull the phone out of your pocket but also works with my iPad. (I just tested it again and, despite the iPad using iOS rather than Android as is the case with the 6T, the remote works perfectly to pause and play the video I am watching.) 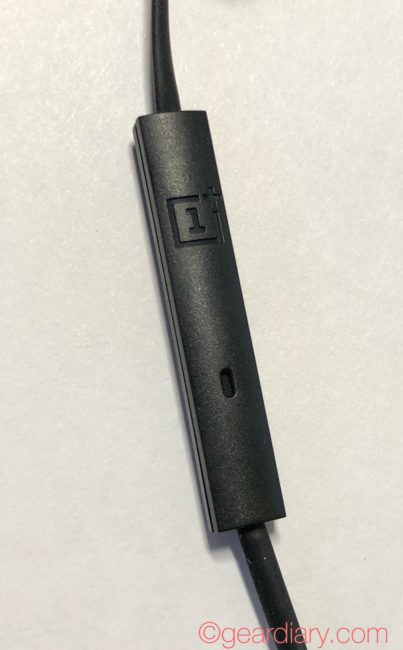 There’s more to this remote than its simple design reveals, however. As OnePlus notes:

Stay in Control: There’s no need to take out your phone every time you want to pause a song or answer a call, that’s what the three-button in-line remote control is for. The left and right channels reproduce sound independently, reducing noise and capturing each note perfectly. By removing the MIC signal from the channels, the quality of your phone calls is also significantly improved.

I don’t recall earphones that went the extra mile and were so committed to avoiding signal interference that they separated the two audio channels. It is small features like that has made so many of us fans of OnePlus. 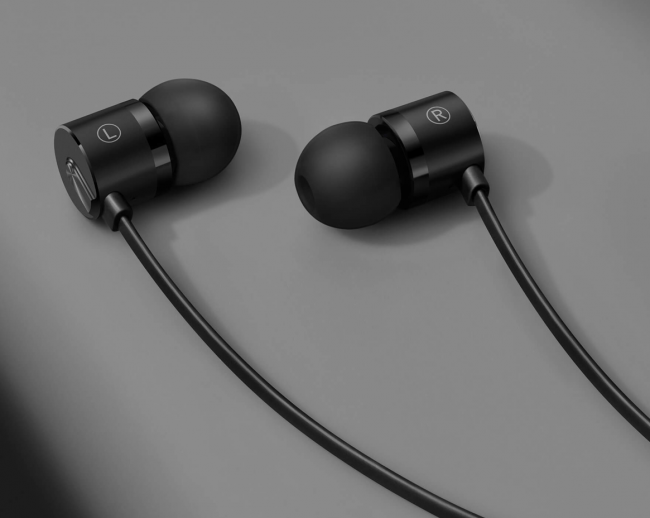 The two cables coming from the earphones meet in a reinforced location a little more than a foot from each earbud. 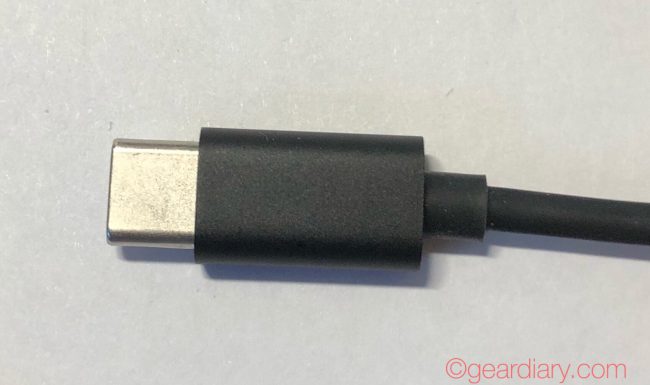 After that, there is a single, flat cable that ultimately ends in a USB-C connection. 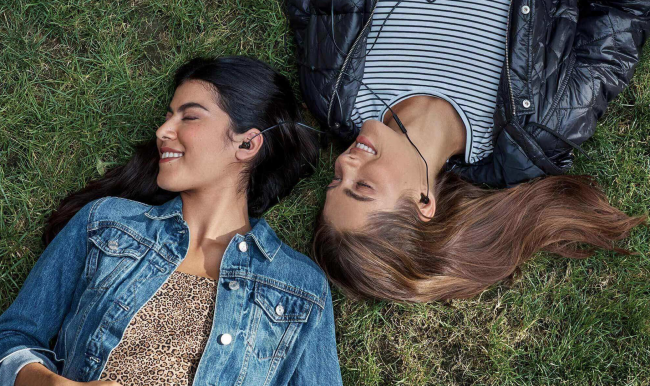 But that’s not the end of the story. The OnePlus Type-C Bullets Earphones also have a built-in DAC with high-res audio support. I assume the DAC is built into the in-line remote since there is no other location it could be and, despite not calling attention to itself, the DAC clearly does its job. The earphones sound surprisingly good!

OnePlus notes that they test these earphones extensively before putting them up for sale. As they explain:

Before a pair of Bullets is considered ready for shipment, it has to undergo numerous rigorous quality tests. Traits like temperature resistance and plug durability are all put to the test, and only the earbuds that emerge from the tests in pristine condition are good enough for your ears.

For those interested in numbers, the earphones specs break down this way: 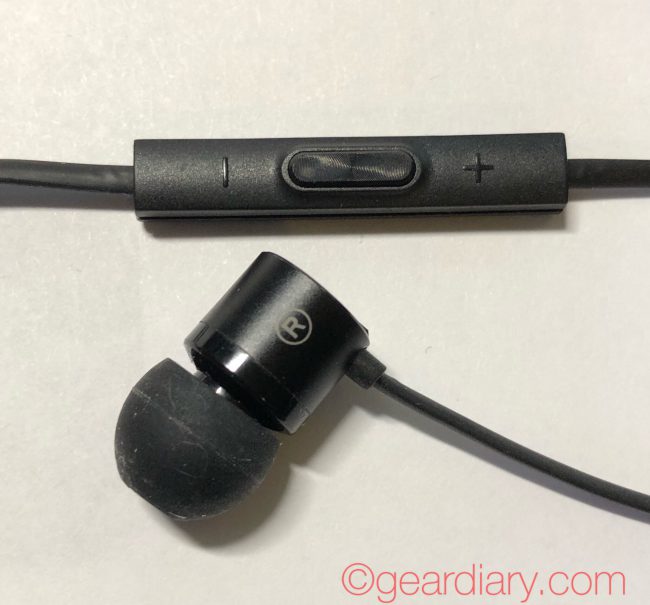 Apple continues to bundle EarPods with their iPhones. They have a unique design but, despite what the company claimed when first introducing them, the EarPods don’t fit everyone’s ears (That is certainly the case for me.) Oh, and, at best, they sound mediocre. OnePlus could have released a simple, inexpensive pair of wired earphones but, as the OnePlus Type-C Bullets Earphones make clear, they chose to go in a different direction. These $20 earphones sound great.

I’m loving the OnePlus 6T and look forward to (finally!) publishing my full review early next week. I’m also loving the OnePlus Type-C Bullet Earphones and am surprised by how impressive a $20 pair of earphones can be. They work great with the OnePlus 6T but do equally well with other devices sporting a USB-C connection. Sure, the company could have included the earphones with the phone, but instead, they decided to include a 3.5mm to USB-C adapter in the box with the phone and made them available at a reasonable price. It keeps the phone’s price down and lets anyone in need of USB-C earphones pick up a pair for just a few dollars. I’m impressed! You can learn more and purchase here.

What I Like: Simple design but pack a DAC into the in-line remote; Comfortable; Work with a range of USB-C enabled devices; Inexpensive

What Needs Improvement: OnePlus decided to keep phone prices down by making this an additional (and recommended) purchase