NoiseHush is a company well known for their noise-canceling headphones. So when the company sent us over their i9 Bluetooth Wireless models, we were pretty excited!

Unlike their similar model, the i7 Aviator headphones, NoiseHush included the Bluetooth feature that I prefer in all of my headphones these days, especially in the gym. With a company name like NoiseHush, it’s pretty obvious the company wants to improve our undying need to go unbothered on that commute to and from our favorite places, all the while giving us an innovative and quality listening experience. And since their inception in 2007, they’ve mastered their craft, which shows in their ergonomic designs and their lightweight headphones. 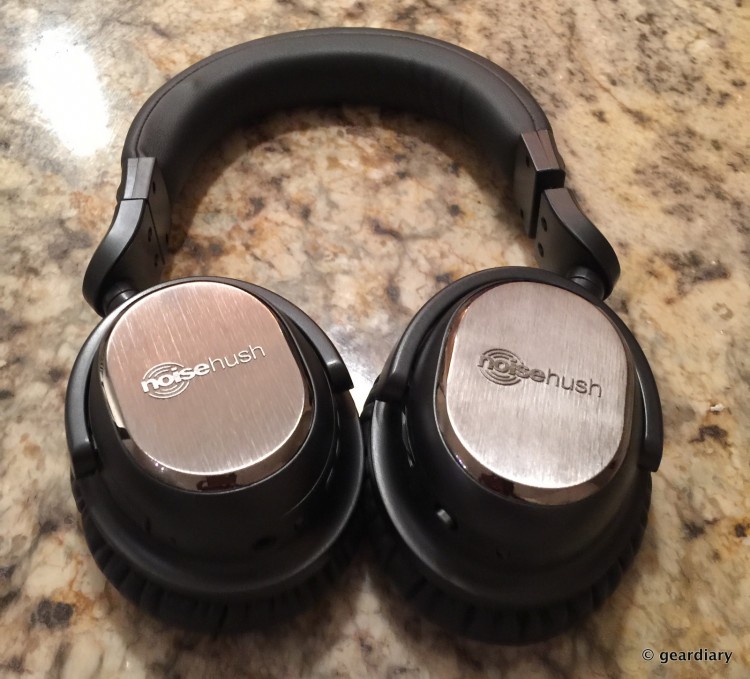 The NoiseHush i9 Bluetooth Headphones specs are as follows:

The box of the i9 visible displays all of it’s features without you having any doubts of it’s capabilities. 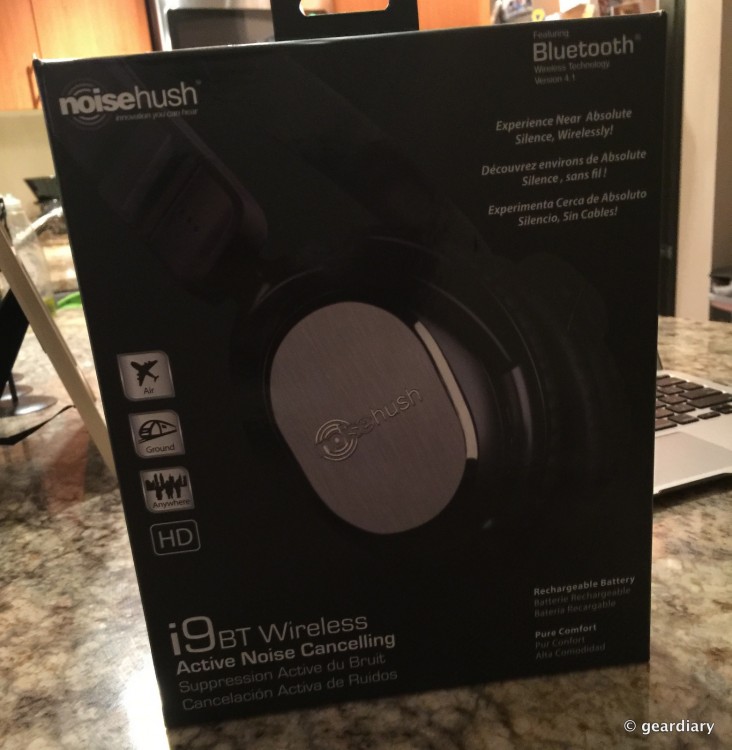 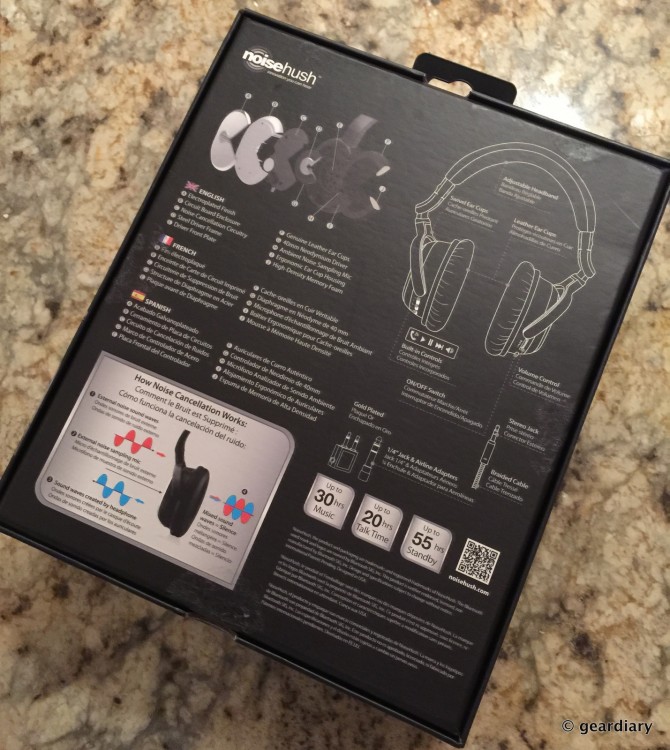 Inside of the i9 Bluetooth box is a zippered pouch featuring a soft material that can house your headphones when you’re out and about. 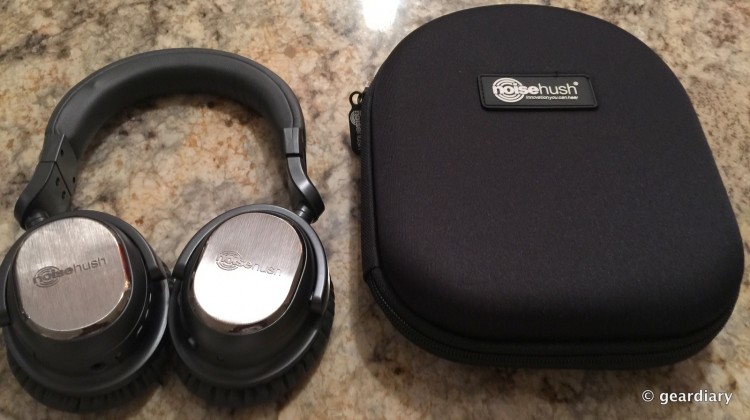 Also the inside of this pouch is where you’ll find all of the accessories including the additional cable with a built-in microphone, an airplane adapter, and a standard adapter for plugging into a stereo. 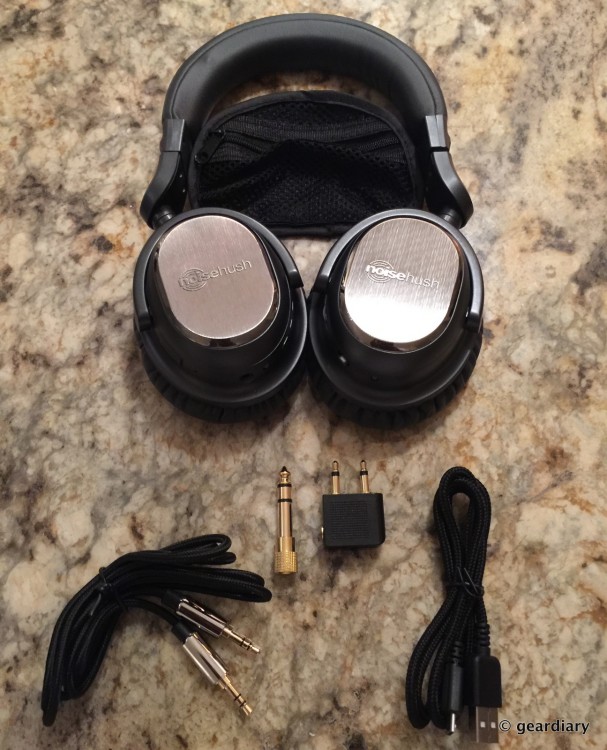 NoiseHush was nice enough to include a braided cable which matches the included braided USB cable for charging the headphones themselves.

The headphones themselves feel pretty lightweight which could be considered cheap by others, but they certainly aren’t. The leather cups of the headphones are very comfortable and the headphones I rarely felt on my head due to the soft leather on the headband as well. On the left side of the headphones, you get the rubber USB port cover used to charge the cans, which sits next to a small hole which is used as the built-in microphone. 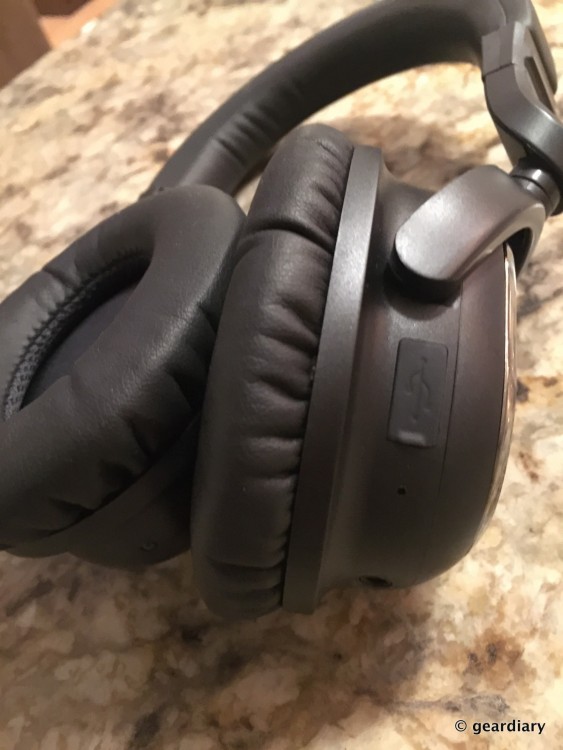 On the right, you get an LED light that flashes red if charging, and stays green (without flashing) when they are connected via Bluetooth. 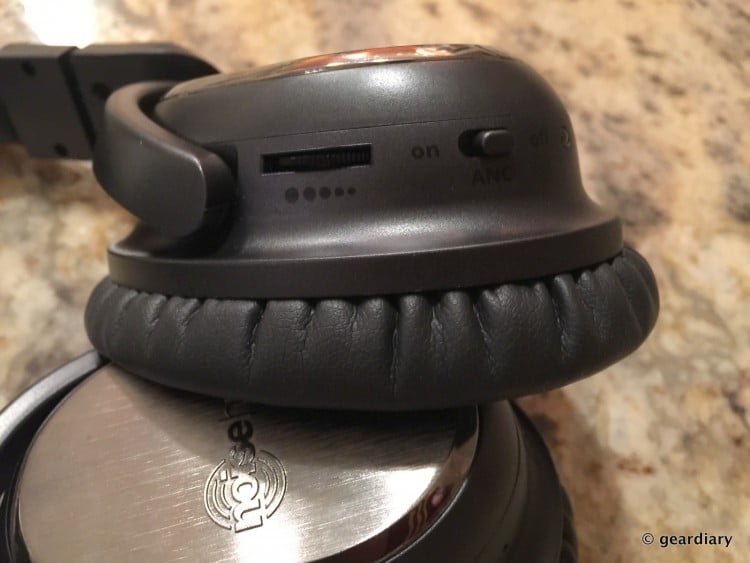 The portion I didn’t like (and still have not gotten used to is also on the left side, which is the Bluetooth controls. Featuring three buttons, to play/pause, and to skip or go back on tracks. When the headphones are in your hand the setup sounds ideal, however when using for say the gym, I found I missed the ability to use these functions on the headphone themselves and not underneath. NoiseHush attempted to make it easier to figure out which buttons are what by adding a raised dot on the play/pause button, but it could’ve been way better executed. 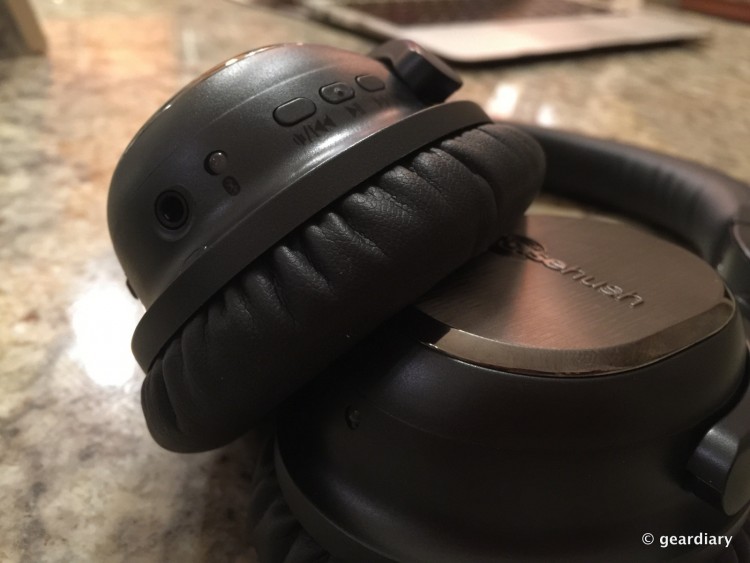 Overall: Despite my listening experience being great with the headphones quality wise, and the headphones being lightweight, the button execution to me could’ve been a bit better. There was a lot of wasted retail space for the company’s logo, and the buttons could’ve easily been placed there. I personally enjoy the ANC feature of the headphones (active noise canceling), but it does take a toll on the battery (obviously) so I tend to only turn it on when on the train going to and from work. Still a very nice feature to have.

The NoiseHush headphones are a great pair of headphones for $149.99, despite the button configuration and the unneeded but understandable “logo placement”. If you’d like to find out more check them out here.

What I Liked: Overall lightness and comfort of the headphones.

What Needs Improvement: Button arrangement; Volume dial should be buttons as well.