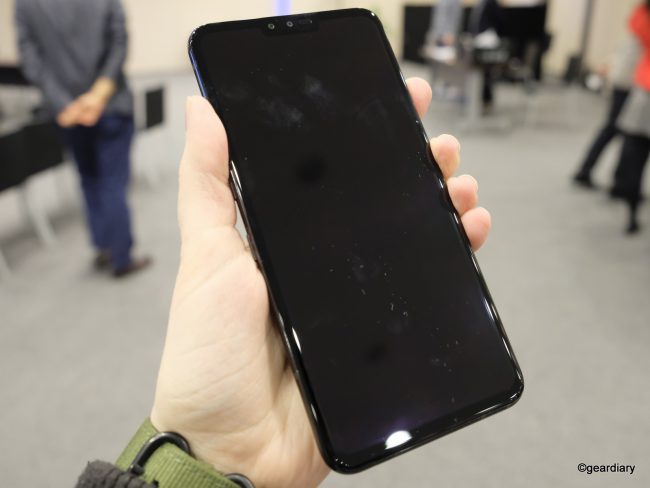 The V50 ThinQ features a 6.4″ QHD + OLED FullVision Display with a 19.5:9 aspect ration. When combined with that aspect ratio, the large size screen promises to be great for videos and games alike. That, however, is just the beginning.

Combined with the 5G connectivity is a Qualcomm Snapdragon 855 processor, you’ll get a fast, strong connection which when combined with low latency promises to yield virtually buffer-less streaming. And to think we were excited when we finally escaped the confines of Edge connectivity!

A 5G phone means users will be able to upload and share photos and videos faster than ever.  But sharing Media created on the phone only matters if you are able to capture impressive photos and video. Thankfully, the LG ThinQ V50 has that covered thanks to five cameras — three on the back, and two on the front.

The ThinQ also promises to offer a superb media consumption experience. In addition to the 6.4” OLED display, the phone offers “stereo Boombox Speakers, a Hi-Fi Quad DAC, and DTS:X with 3D sound. Oh and, check this out, while this is a true 2019 smartphone, it still has a 3.5mm headphone jack — thank you LG! If you don’t want to use wired headphones, you’ll be happy to know the phone also has Bluetooth 5.0 and NFC connectivity 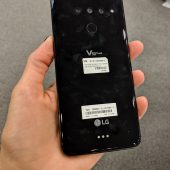 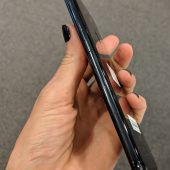 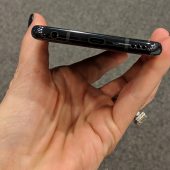 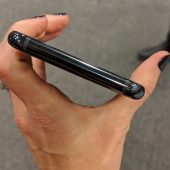 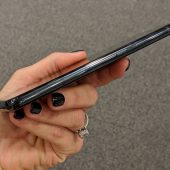 Making the LG V50 ThinQ even more unique, however, is their new Dual Screen Case. The V50 ThinQ snaps into it, and because of the three Pogo pins on the back (2 for power and one for linking the devices), a second 6.2″ OLED screen is immediately powered and you now effectively have a dual screen device ready for double the viewing, gaming (complete with different gaming joystick choices), and multitasking experiences. What else can you do with the Dual Screen case? You can take a photo, and immediately preview it on the second screen, you can make video calls with each person on their own screen (in other words, you can actually see if you have spinach on your teeth, because you won’t be confined to a tiny box on the same screen with your caller), and with three fingers you use quick capture to take a screenshot of something on the left screen and attach it to your open app on the right screen. There will likely be more uses conjured up over time, but this is a great start. 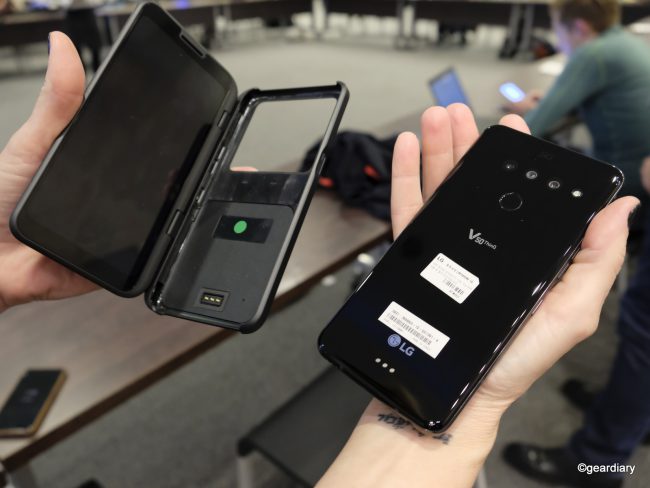 It’s an interesting concept when other device makers are introducing folding phones with one large screen, but there is a method to this madness. LG believes that foldables are the future, and the day will come when we all have them. At that time, native apps in the app store will scale and work properly on any size screen. But that is not how things are just yet. By making this a dual screen case versus one large folding screen, you’ll still have the proper screen ratio so that all apps work until the apps have caught up with the folding screen sizes and the technology has become less expensive. 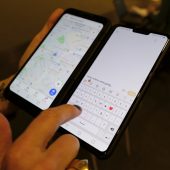 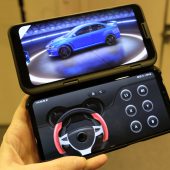 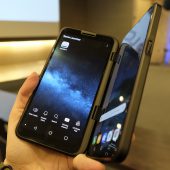 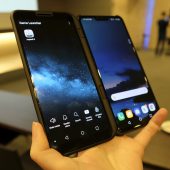 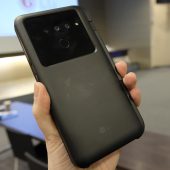 You can learn more about the LG V50 ThinQ at LG.com.