Roku usually gets lost in debates about Chromecasts, Fire TV, and Apple TV, but they’ve quietly chugged along putting out solid streaming boxes and carving out a reputation as a solid neutral choice in the streaming wars. They’re taking that further with a new exclusive partnership with Walmart and their new onn Roku Smart Soundbar and onn Roku Wireless Subwoofer! 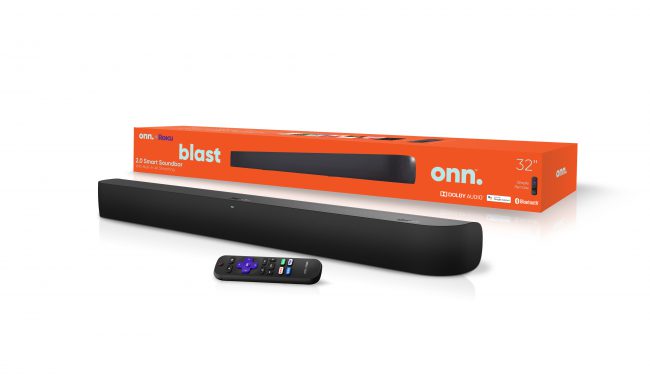 The onn Roku Smart Soundbar offers more than just a sound boost for your television enjoyment. It’s also a Roku streaming box, so you’ll be able to stream Netflix, Hulu, Amazon, Disney+, ESPN+, CBS All Access, NBC’s streaming service, DC Unlimited, the WB’s streaming service, HBO Go, Showtime, YouTube … I’m sure I missed a dozen or so, but the point is, if the streaming arms race continues, the onn Roku Smart Soundbar has your back. It offers Bluetooth as well as various HDMI connections, and it’s compatible with Roku’s smartphone app, which means if your child hides the Roku remote in a toy kitchen, you can still work the television [that last bit is from personal experience]. 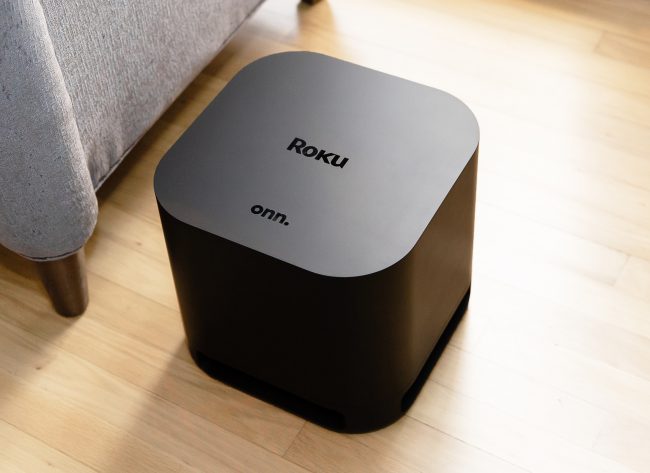 If you want to really kick your sound up a notch beyond even the soundbar, there’s also the onn Roku Wireless Subwoofer. No wires needed — just plug it in, pair it with the soundbar, and blow your friends away on movie night. Both devices will be retailing for $129.99 each, so for under $500, you can go from your television speakers to boosted sound and bass with streaming included, which is not a bad deal! Look for both in the next few weeks from Walmart.com and presumably at your local Walmart store.