If you’ve been looking for the perfect way to cook your meats indoors without smoking up your apartment, hands down the Ninja Foodi Grill is the only way to go.

There’s nothing I love more than throwing a steak on a grill, experiencing the flames, the grill marks, and that slightly charred taste on the first bite. Unfortunately, Summer’s over, and it’s harder and harder to grill foods. I received one to review a few weeks ago, and I think all of my prayers have been answered. I received the 5-in-1 Indoor Foodi Grill, which comes complete with an integrated smart probe costing $100 more than the standard edition Foodi Grill at $299. However, it comes with so much more that it’s worth the extra hundred dollar upcharge in my opinion.

As someone who’s purchased all “safe” methods of getting grilled-like foods indoors, including the Serzall, the Foodi Grill does all of this with less guesswork, and fewer dishes (to my wife’s delight). The Ninja Foodi indoor grill will not only grill but air crisp, bake, roast and dehydrate your foods. That’s something my oven and stove can do, but it takes significantly more effort than just firing up the Foodi and tossing burgers and steaks into. What’s more, the Foodi Grill is smoke-free, and when they say that it’s virtually smoke-free, believe them. It comes with kebab skewers, which are great If you decide you want to throw some chicken and veggies on to skewers to switch things up a bit. It also comes with a brush for scraping the pan of small particles when hand washing, a 50-page recipe book, and on top of that you get a one year VIP warranty in the event that it messes up over the course of the year. I’ve cooked on this 11 times in the past month, and it’s like having a restaurant on my kitchen island at least twice a week in my home.

All of the internal parts are removable, and you can throw them into the dishwasher. I hand wash mine first, and while they have a special ceramic coating that makes sure it won’t scratch over time, fat buildup is a thing, and it’s best to get rid of by hand-washing. In the event that you cannot clean the items or if you wear out any of the equipment, you can always purchase replacements through Ninja.

Being able to press 2-3 buttons to get the perfect steak is something that a self-proclaimed Sous-Vide expert could only dream of. With it getting a bit colder outside, I wanted to make sure that I didn’t lose out on all the beautiful foods that I love to eat during the summer; in the colder months, and no one wants to stand outside with the grill, constantly turning over their steaks to make sure that they cook perfectly. What I do now with the Ninja Foodi is simply plug it in, throw my meats on, and cook when I’m ready — flipping only when I choose to sear the opposite end of the food.

My wife asked me if I needed another kitchen gadget and I told her I could eliminate roughly four different kitchen utensils by simply getting the Ninja Foodi Grill. I still ended up purchasing the original Ninja Foodi Pressure Cooker, though (review coming soon). It performs so many different functions that you might forget that you have a stove; if you are in a smaller apartment, the Ninja Foodi Grill is everything that you could possibly want.

Yes, you’ll get the grill marks that you see in the commercials and in the advertisements. But will the food be good? Will my steaks be as juicy as they are in the restaurant? Will, my burgers have those awesome grill marks? My vegetables look glazed, and caramelized? What if I added a marinade to my foods, would they be just as good? Let me be the first to tell you the answer is YES to all of those questions.

Preheating up your Foodi Grill takes roughly seven to eight minutes, which is less than the oven in my kitchen; I’m all for that. There are no additional apps that are needed, thankfully so you don’t have to worry about going into your app store or configure any settings from your smartphone. What I usually do is I set my grill to preheat at 500 and depending on what the food is, I just play with the minutes.

With 500 degrees being the HIGH setting, there is also a MAX setting of 510 which they state is best for veggies, kebabs, and frozen foods. Using frozen chicken (for me it’s a little bit cheaper to buy than going into the supermarket and it stores for longer), you can take a piece of chicken breast and go from frozen to fresh in just a matter of minutes without having to worry about defrosting, which is a huge deal. There are lower settings that start at 400 degrees, perfect for foods like bacon for your breakfast sandwich in the morning, but that can vary depending on how crispy you’d like your bacon.

Air Frying and dehydrating I don’t do as often as I used to because I’m attempting to avoid fried foods, but for the sake of the review I attempted to air fry a basket of French Fries, and they came out fantastic. Unfortunately, I ate them before I could take a photo, but I’m sure you can imagine how delicious they were. Note that the temperatures need to be a little bit lower if you’re going to perform those types of air fry and dehydrate functions. 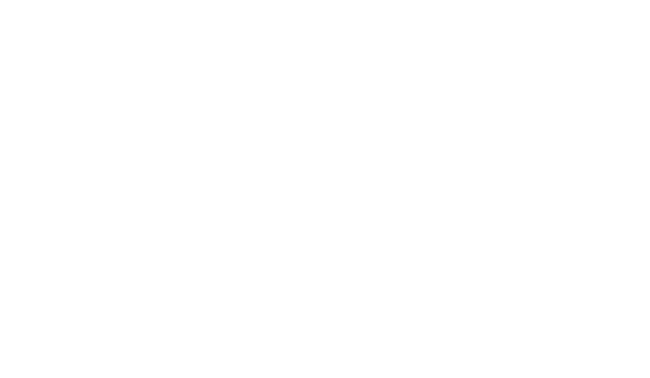 Ninja specifically states to NOT cook any foods in the Ninja Foodi Grill with olive oil. If you marinate your foods I would suggest to just pat them dry a little bit before you put them into the Foodi Grill; it’s just better to be safer than sorry, and it’s less wear and tear on your Foodi Grill over time.

Overall, even though I’ve only been using my ninja foodie grill for roughly a month, it is my go-to product in my kitchen. I’ve given my air fryer to a family member. And I’ve gotten rid of a lot of things that I would only use once or twice a year — all in order for the ninja foodie grill to have a permanent home on my kitchen counter. At $299, it’s not the cheapest thing on the market, but it’s probably the best, and it’s the one that you’ll use the most over the next five to 10 years. For more information on the ninja foodie grill, head over to their website today.

What I Like: Air Fries like a champ but can make restaurant-style steaks with ease; Easy to clean; Multiple cooking functions include air crisp, bake, roast and dehydrate for maximum flexability